He succeeds Mark Harrison, who left the Baggies in June to become Academy boss at nearby Aston Villa. Stevens, who joined the Sky Blues in July 2007 and was promoted to Academy Manager in 2013, leaves an incredible legacy at the League One club.

During his tenure, the Category Two Academy produced three internationals (James Maddison, Callum Wilson and Cyrus Christie), had 52 first-team debuts and a total of 1,750 appearances.

All this was achieved against a background of frequent turmoil, with the club going into administration under owners SISU Capital, being relegated to the fourth tier for the first time since the 1960s and often having to play their home games away from Coventry (they are currently based at St Andrew’s in Birmingham).

Last August, the club retained its Category Two status though, having signed a deal with the Coventry Sports Foundation in May to remain at the Alan Higgs Centre for a further five years. Up until that point, the Academy had faced the prospect of being homeless.

After working his last day at the club on Friday, Stevens said: “It has been an honour to be part of this club’s Academy for the last 12 years. I would like to thank all those that have supported the programme - parents, players, staff and many key stakeholders. 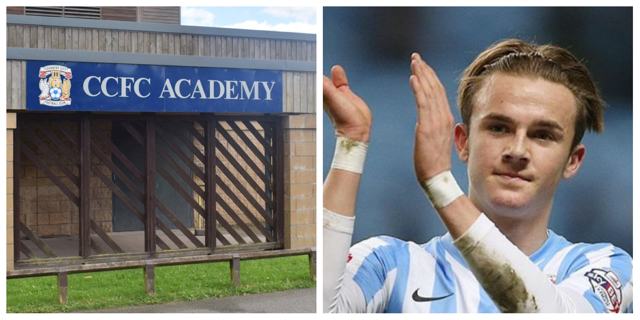 “Also the owners and Board for supporting the programme throughout. Good luck to everyone at the Academy - keep progressing and making dreams come alive.”

Manager Mark Robins said: “While we are of course disappointed to see him leave, his work at the Club has earned him the opportunity at a Category One Academy, and we wish Richard all of the best for the future and thank him for his hard work and achievements at Coventry City over the years.”

Dave Boddy, Coventry City Chief Executive, added: “We are sorry to see Richard leaving the Club. He has shown incredible dedication to the Club over many years, and his role in the success of the Academy and the impact that has had on the Football Club as a whole cannot be underestimated.

“For Richard, I know this has been a difficult decision, but moving to a Category One Academy at West Bromwich Albion is a terrific opportunity for him and he goes with the thanks of everyone at the Football Club, past and present Academy players & parents, and no doubt our supporters too.”

Stevens will arrive at a West Brom Academy which appears to be in disarray. They have been without an Academy Manager since Harrison left in June, while Michael Appleton stepped down as U23 coach after only a few weeks to become manager of Lincoln City.

He took Baggies Head of Coaching David Kerslake - who had been in post for a week - with him as his assistant. West Brom were 17th in our 2017/18 Academy Productivity Rankings.