WHEN Mark Crane began to investigate the best Academy to send his son to, he struggled to find out which category each was in, let alone how successful it had been.

"A young player and their parents have little objective basis on which to judge whether it's in their interests to join a club's Academy," he said.

When you consider that only 0.5% of eight-year-olds at Academies make it into professional football at all, it's easy to understand why kids and their parents want as much information as possible before entering the system.

Rather than making a decision in the dark, Crane, an environmental toxicologist by day, decided to work out how productive each Academy was himself. First, he had to work out the category of each Academy (there's no publicly available list). Then he compiled first-team squad lists (using footballsquads.co.uk) and decided which of the players were both England-qualified (probably trickiest of all) and had made at least one league appearance during the season. Finally, Crane researched which Academy each of these pros had attended.

The data was analysed using special software and the result is below: a ranking of the 86 Category 1-3 clubs in 2016/17 in terms of productivity for England-qualified players.

Category 1 clubs produced more English pros for the Premier League than all of the other categories put together, but perhaps the most impressive performance of all was from League Two Crewe Alexandra, a club long associated with youth development (as well as huge controversy in the last year).

Despite being in the fourth tier of English football, Crewe are NINTH in terms of productivity, above many Category 1 clubs, having produced 39 English pros last season (2 of them in the Premier League). 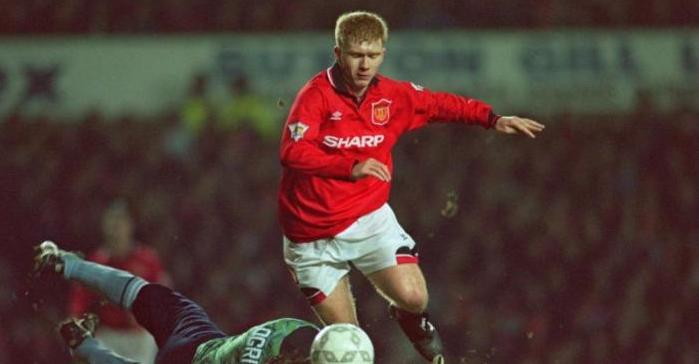 And special mention should also go to Charlton, who were in the third tier but came SEVENTH in the table, producing 44 pros across the top five divisions of English football.

Bottom of the table are Cheltenham Town, who had only one graduate playing professional football last season, in the Championship. When a Category 3 Academy can cost up to £500,000 a year to run, you have to question whether this is good value for money.

Crane admits there is room for improvement. "It would be preferable for the leagues or FA to publish audited data that could then be analysed independently," he said. "This study could also be extended to include several seasons and comparisons between English and non-English players."

But his study is a great start and should be a big help to any child or parent trying to decide which Academy to attend - or indeed whether to attend one at all.

TGG contacted the Premier League for a comment about Crane's study - and to ask about their own Academy productivity data - but is yet to receive a response. 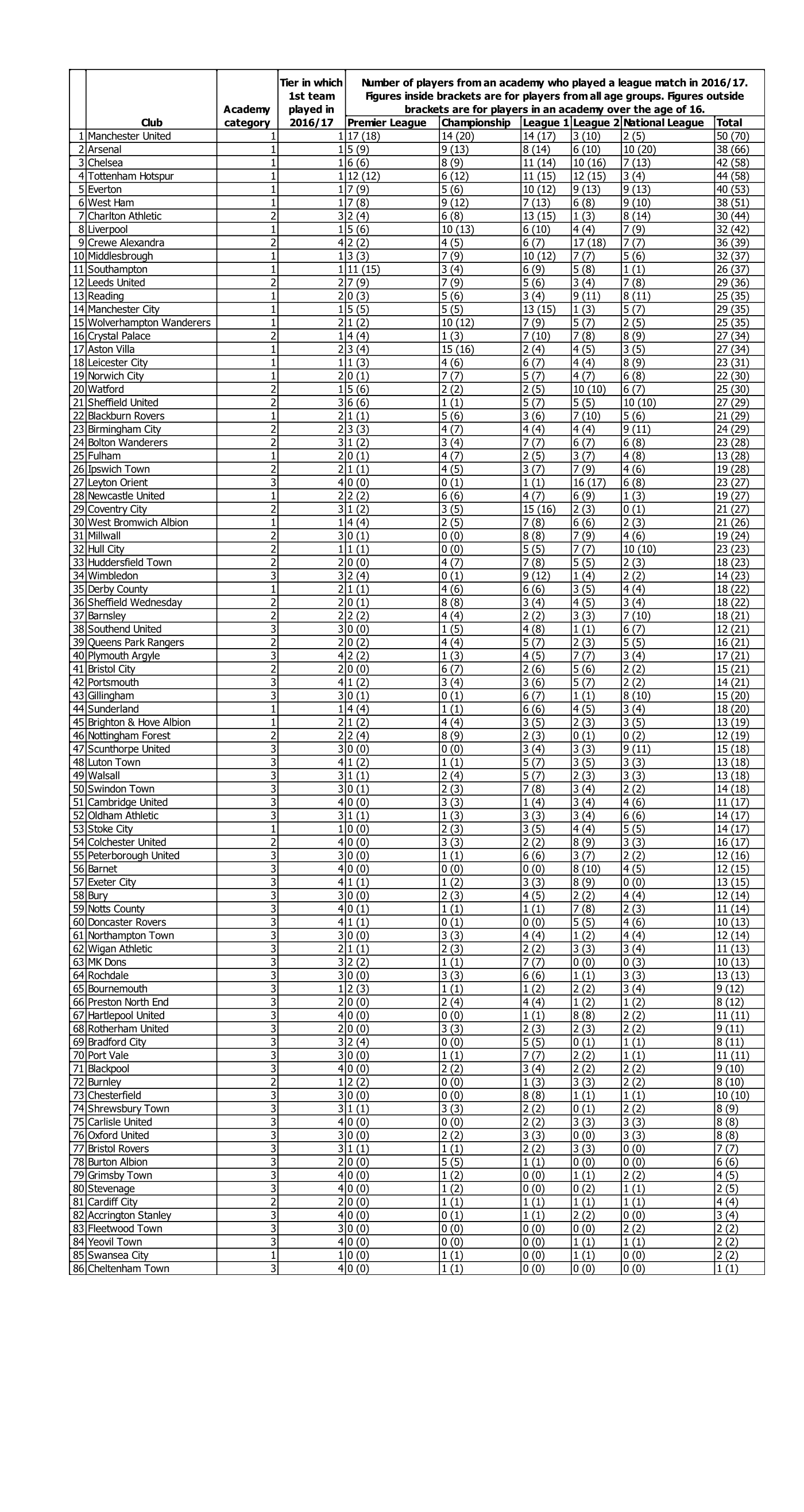