THE Premier League will begin regulating pre-Academy football for the first time from next season, but there will be no minimum age at which players can train with clubs.

Currently, clubs are allowed to register players from the Under-9s, although many have been running younger teams and recruiting much earlier.

The new regulations - which are expected to be rubber-stamped at the Premier League’s AGM in June and come into force for the 2020/21 season - are an attempt to regulate the pre-Academy system.

Clubs will still not be able to register players until the U9s (eight-year-olds sign on the third Saturday of May every year) but they WILL be allowed to coach them from any age, as well as playing matches from the U7s.

The new regulations will include provision around the welfare and safeguarding of children and how they should be coached.

However, the age at which children can become involved with Academies remains the most contentious area. Clubs had discussed the possibility of setting a minimum age of seven, but this was almost unanimously rejected.

In the words of one Premier League Academy Manager: “It was decided this would just be too difficult to police. This is the industry we are in, trying to get the best young players.” 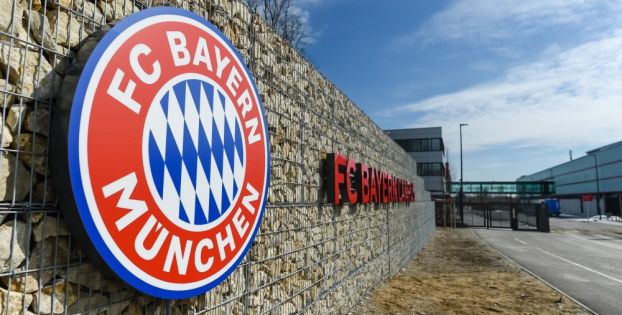 READ MORE: Bayern to scrap U9 and U10 teams

Another surprise has been the fact that the Football Association - and in particular their Foundation Phase lead Pete Sturgess - has not been involved in discussions about their regulations, or their formulation. Nor have experts from other sports or sectors.

Although the regulations must be voted for by 14 of the Premier League clubs at the AGM, this is expected to be a formality. The lack of a minimum age requirement will inevitably raise questions about early professionalisation and specialisation and the impact this could have on children psychologically.

Many argue it is important for young children to play multiple sports, as well as experiencing grassroots football with their friends in their local communities.

Others within the clubs and at the Premier League counter that their facilities and coaching provision is better, while fun and ball mastery are integral to their programmes at Foundation Phase level.

They would also argue that players still cannot register with clubs until the U9s, although the lack of a minimum age requirement could be seen as a green light for Academies to bring in players at younger and younger ages.

Background to the changes

At the start of the month, we reported how Bayern Munich were abolishing their U9 and U10 teams and raising the entry age to their Academy to U11s from the summer of 2022.

Peter Wenninger, Sporting Director for the U9 to U15 age groups, said: "With this step we want to achieve more creative freedom in the leisure time of the very young children, that they also have the opportunity to try other sports.

“Long-term studies have shown that learning different sporting skills and abilities can have a positive impact on everyone's football performance.”

On our social media feeds, many asked why English clubs were not doing the same. One of the big reasons is that the Elite Player Performance Plan, which was introduced in 2012, requires clubs to have Academy provision from U9s, which is the start of the Foundation Phase.

Academies must have an U9 programme with six to eight hours of coaching per week in order to get funding from the Premier League. The knock-on effect has been that recruitment and training has got progressively younger, as clubs fear missing out on the best young talent.

Indeed, many have been running full fixtures for the U7s and U8s and TGG has been told of players being scouted at three and four-years-old.

Many regard Chelsea as the gold standard for Academies - and as an example of the importance of good pre-Academy recruitment and provision.

The club have won the FA Youth Cup for five seasons in a row to 2017/18 and been finalists in four of the last five Uefa Youth Leagues, winning the trophy twice.

For five consecutive seasons they have provided the most players (23) to the six England youth sides; eight of their Academy products have been handed senior England debuts by Gareth Southgate; and the club were third and then fourth in the two editions of our Academy Productivity Rankings.

Their 11 development centres, which take players from the age of six, have been key to their success. Current first-teamers Mason Mount, Tammy Abraham, Fikayo Tomori and Ruben Loftus-Cheek all came through this system from the age of six, while assistant manager Joe Edwards also coached there, having himself been a graduate of Chelsea's Academy.

Speaking in 2016, Assistant Head of Youth Development, Jim Fraser, explained: “It is so important for an Academy to sign the best local players at U9. There will always be a handful of outstanding players across London at that age and if you don’t sign the majority into your programme at U9, it is obvious that you’re going to be playing catch-up.”

Premier League research has revealed that almost half of the homegrown U23 players in the division were registered with an Academy before their 10th birthday.

Improvements under EPPP have undoubtedly been impressive, not least in the expansion of coaching provision. In 2012, when the system was introduced, there were 250 full-time coaches across the Academies; now there are more than 800.

However, question marks remain about what happens to the players who do not make it as professionals, and whether the experience of having been with an Academy from such a young age has had a detrimental effect on them.

As another Academy Manager told TGG: “Will this be the first generation of boys who have never played grassroots in their local communities with their mates? If you’re released at 14 after being with an Academy from such a young age, where do you go then?”