Chris Domogalla: My journey from Dortmund to Carrow Road

Chris Domogalla was appointed Norwich Head of Performance in July 2017

WHEN Daniel Farke and Chris Domogalla arrived at Carrow Road at the end of 2016/17, there was some skepticism, not least from this reporter.

After all, the duo had come from reserve team football with Borussia Dortmund, rather than the elite level, and Domogalla's elevation from physio to Head of Performance seemed a particularly steep one.

As ever, there was more to it than met the eye though, and, after a disappointing first season in English football, Farke's men romped the Championship in 2018/19, playing an attractive, high-octane style of football.

Domogalla told TGG about his journey from Dortmund to Carrow Road and explained his performance philosophy.

Chris Domogalla: I did a degree in physiotherapy and worked in private clinics, as well as supporting lower league teams part time in Germany. I progressed my way to professional teams and also the national federations for badminton and track and field. Then Borussia Dortmund asked me to join them to lead the medical department for their Under-23s and Academy.

A really good practitioner called Dr Andreas Schlumberger hired me for the job. He was Head of Performance for the first team and is now at Borussia Monchengladbach.

At first, I worked with David Wagner for a year and a half until he left for Huddersfield and really enjoyed that. Then Daniel Farke came in and I felt we had a good connection relatively early.

We felt there was a gap between medical, performance and coaching, so we worked to bring it all together; physiotherapy, injury prevention, sports science and coaching individual players, it all came together as one. 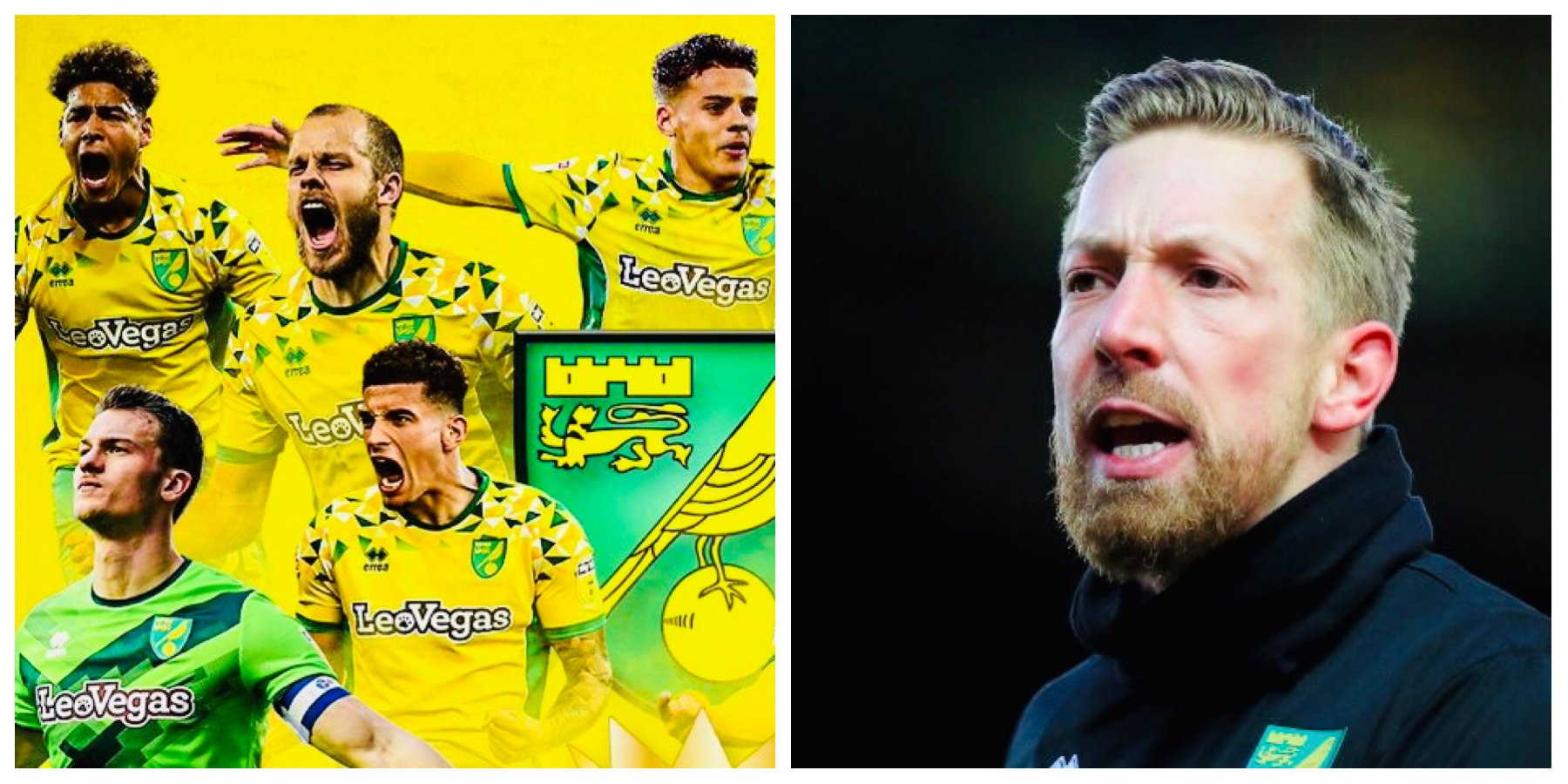 READ MORE: Kitman Labs - Helping Norwich get up to speed in the Premier League

This was a topic I'd always been interested in and while I was at Dortmund I did a second degree, in sports science. I know a lot of people here do a sports science degree first and then move into physiotherapy, but I did it the other way round, so my background is maybe different to most.

My medical background helps me to have discussions with physios and doctors on a higher level and combine that department with sports science as one, instead of two.

In the summer of 2017, Daniel asked if I could imagine moving my family to England and joining him on this adventure at Norwich City. It was an exciting opportunity and I didn’t take too long to say yes.

There were strong and open-minded guys in sports science and medical at the club, so the transition was quite easy for me. It’s difficult to compare clubs and I don’t really like to do it, even though people ask.

Borussia Dortmund is a Bundesliga giant, where even the B team can compete with some of the Premier League clubs and definitely all of the Championship clubs in terms of facilities. But Norwich is a good club too and was starting a new project when I arrived.

Stuart Webber has talked about how he changed the working culture when he came in a few months earlier. It needs a bravery like Stuart had to push these things forward and put the club on solid and healthy foundations.

The facilities the club has built over the last six months have had a huge impact over the close season and summer. The players have said that three years ago they couldn’t have imagined Colney looking like it does now.

We didn’t look too much into what had been done at Norwich previously, we came in with our own philosophy and ideas and said, ‘this is what we want to do’.

Your philosophy needs to be strong, but you need to come into an environment which can embrace and encourage it. You need your staff and players to buy into it and then execute it. When it works, it's a strong mixture, and that's what we had.

We believed in the unified departments, as I've said. We believed in a high-intensity style of play. And there were big changes to the schedule, going from two days off a week guaranteed to one day off, not guaranteed, which was quite a change for the players who stayed with us.

It needed a lot of education, to explain why we were doing these things. It wasn’t to annoy them or take comfort away, but because it is essential to work on these days in our set-up.

Daniel knows how to transfer his philosophy into people’s minds and how to build the relationships that will enable it to work.

DIFFERENCES BETWEEN GERMANY AND ENGLAND

I wouldn’t say the two countries are that different from a theoretical background. But I would definitely say that the strength of English sports science is in data science. There is a big advantage over the German or European sports science education and approach, with much more detail.

On the flip side, I would say German sports science and performance coaching and education is potentially a little bit more field-based, with the application of coaching cues and drills.

Both strengths can come together when you’ve worked in the two environments.

My colleague Charles Cullen has been our data specialist from a sports science background and really helped us to get settled in our second season in the Championship and beyond.

My predecessor Nick Davies put him in that role and it helped us a lot. Charles has focused on all the data collected on the training ground and from games and put that into context with the workload we are doing and what’s needed within the playing philosophy. He is also a valuable member to deliver individual and top-up sessions on the field.

You want to push players' limits, but on the other hand you don’t want to hurt them. This is the balance you need to find. Players who can't potentially get faster or stronger or better in terms of their skills are rare.

Especially in development set-ups, there will always be scope to push players harder, to make them more resilient and push them to another performance level.

You know about your scientific data you want to hit, the optimum scope to maintain a level or potentially develop it, but you also want to ensure you don’t have a clinical environment. You want to put external factors, such as mindset, into place as well.

I’m 100% sure that in pre-season we were doing stuff where we could have reached the same level with less volume and intensity, but it’s not always that simple. You might want to make a player more resilient in terms of mindset, because mental fatigue can stop them from reaching the next physical level, so you push the intensity to achieve that.

I wouldn’t say there is one golden way, because it would be quite a boring job and everyone would be doing exactly the same. There is a grey zone, in which you need to figure out with your population, in your philosophy, what is the right thing to do.

ONLY TRAIN WITH THE BALL?

The Dutch coaches are strong and good in their approach of doing everything - all the conditioning, all the strength work - in football-specific tactical drills. But the question is how it works over a longer period of time. How are the records of these players regarding performance development and injury?

I would rather put myself in the corner of Darcy Norman and Tony Strudwick. Because the football-specific side is uncontrolled, you need the controlled top-up to really get the overload into a player so they can reach the next step.

It's the same with injury prevention and performance development in the strength room - the whole purpose is to make the player more efficient, so the muscle can create a greater force with the same energy in the same manner. That is really what you want.