Farke has signed a two-year deal at Carrow Road

THEY say never go back in life, but Norwich Sporting Director Stuart Webber has returned to Borussia Dortmund to make an identical managerial appointment to the one he did at Huddersfield 18 months ago.

Farke and his assistant, Edmund Riemer, have signed two-year deal at Carrow Road. The 40-year-old led Dortmund’s reserve team to a second-placed finish in the Regionalliga West last season, losing just three matches during the campaign.

He told Norwich’s official website: "I’m very excited to be here, it’s a great adventure for me. I was really looking forward to coming here and seeing all of the people and learning even more about the Club.

“I had a really good time with Borussia Dortmund, but Stuart Webber has told me all about Norwich City, its traditions and history, and I know what a great club it is.

"The more I know about Norwich City, the more excited I get. I’m very glad to be here and can’t wait to get started."

Farke replaces Alex Neil, who was fired in March and replaced for the rest of the season by Alan Irvine. 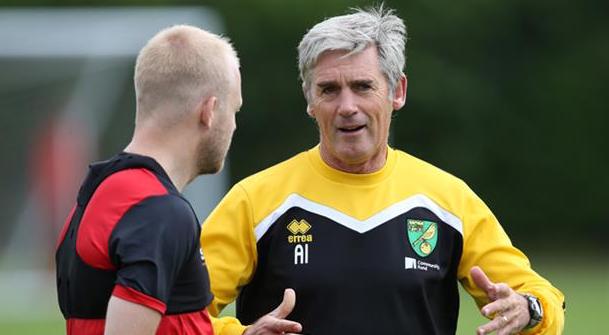 READ MORE: Irvine angry at being left in limbo

Webber added: "I’m delighted to welcome Daniel on board. He was an outstanding candidate, and I’ve spent a lot of time getting to know his methods and how he works. “When it became clear he was interested in coming here I was very pleased. Borussia Dortmund are known for employing high-class coaching talent, and if you look at his team at Dortmund they very much dominated possession and they were defensively very good.

“He’ll bring a certain style and identity to us that the fans can relate to. We gave ourselves the timeframe of getting a Head Coach in by the end of May and I’m very pleased that we’ve achieved that.

“The most important thing was not rushing it and making sure we got the decision right, and I must thank everyone at the club and the supporters for their patience.”

The futures of Irvine and the rest of the Norwich coaching staff should soon become clear.

The Scot had complained that they had been left in limbo at the end of the season.