WOLVES Sporting Director Kevin Thelwell is leaving the club after more than 11 years to become the first Head of Sport at the New York Red Bulls.

Thelwell joined Wolves from Derby County in April 2008 as Academy Manager and helped the club achieve Category One status in 2012. In January 2013, he became their Head of Football Development and Recruitment, and then, in September 2016, the club's Sporting Director.

In August last year, the 46-year-old, who officially joins the Red Bulls later this month, was appointed to the Wolves board. At the MLS side, he will “have oversight on all aspects of the sporting side of the club”, with Sporting Director Denis Hamlett remaining “in charge of day-to-day soccer operations” and reporting to him.

Thelwell said: “I am both honoured and excited to join the New York Red Bulls. When this opportunity presented itself, I was given the chance to meet people within the organisation to learn more about the club and soon realised that this was the right place for me.

“I look forward to the opportunity to work in Major League Soccer and continue the club's pursuit of competing for MLS Cup." 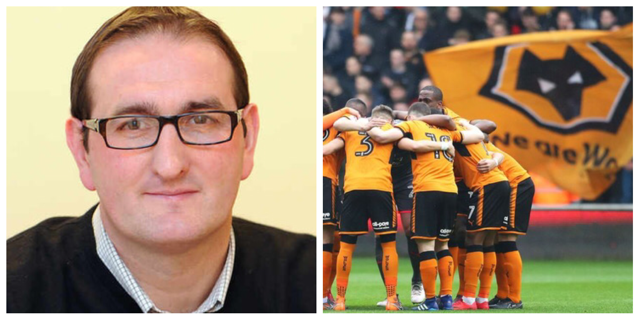 “He is well respected within the international soccer community and fits well within our culture. This is a welcome addition as we continue our pursuit of delivering the MLS Cup to our fans."

The Black Country club have experienced three senior departures in little more than a year. In December 2018, Academy Manager Gareth Prosser left to head up the Professional Game Academy Audit Company, which has taken over from Double Pass in auditing Academies.

And last week TGG reported that Head of Sports Science and Medicine Phil Hayward was leaving after 11-and-a-half years to join LA Galaxy.

Thelwell is the highest-profile departure of all though.

Chairman Jeff Shi said: “Kevin has excelled in his role and has helped us build exceptional teams throughout Compton, in the Academy, recruitment, medical and analysis departments.

“The role of a Sporting Director is much broader than most people think, with a variety of different complexities and challenges, and without a doubt Kevin has fulfilled the expectations of the board and I over the last three-and-a-half years.

“While there is of course natural sadness to see Kevin depart, his desire to embark on a new chapter was something we discussed openly together and we all wish him the best of luck in his new role.

“Every departure is a chance to build an even stronger team, and I will assume Kevin’s roles and responsibilities while we take this opportunity to review our structure and make sure we are as efficient as we can be, and built for future success.”

Thelwell added: “To work at Wolves for the length of time that I have has been both a pleasure and a privilege. When I first took over as Sporting Director, we were on the brink of being relegated to League One, and when I look at the progress made and where the club is today I am proud to have played my part.

“I would like to say a huge thank you to everyone at the club, and of course the fans, for making the club what it is today - I am sure there are many more great times ahead and I look forward to watching and supporting from a distance.

“It was always going to take something special for me to leave Wolves and I feel very lucky to have been offered such an exciting new challenge for both my family and I in the United States.”