Spirit of the streets: Cockram seeks new home for his urban cages

Allan Cockram started touring with the cages in 2014

THEY’VE toured America, played dates at LA Galaxy during David Beckham’s time there and been resident at Brentford, but Allan Cockram says it’s time for his urban soccer cages to find new homes.

The former Tottenham and Brentford player came up with the concept of Urban Cage Soccer a decade ago, when he was technical specialist at the Philadelphia Union.

His idea was to replicate the permanent cages he’d seen on estates in London and US cities, but to make them portable, so they could be used any place at any time.

With the help of fellow former pro Gary Blissett, Cockram built two cages - one measuring 12m x 11m, the other 9m x 6m - at a cost of $20,000. Then he took them on tour around Europe and America like “some kind of footballing gypsy”.

While kids took each other on 1v1 and 2v2, music blared out from the sidelines, and others used the training implements hanging outside - "poles for the slalom dribble, heading or volleying the ball into a bucket or massive tyre.”

Recently, the cages have been gathering dust though. This is because Cockram (one of football’s true unsung heroes) is the Head Coach of Cambridge University’s football team, founder of the Brentford Penguins Down's Syndrome club and also does weekly work with the PFA’s dementia society. 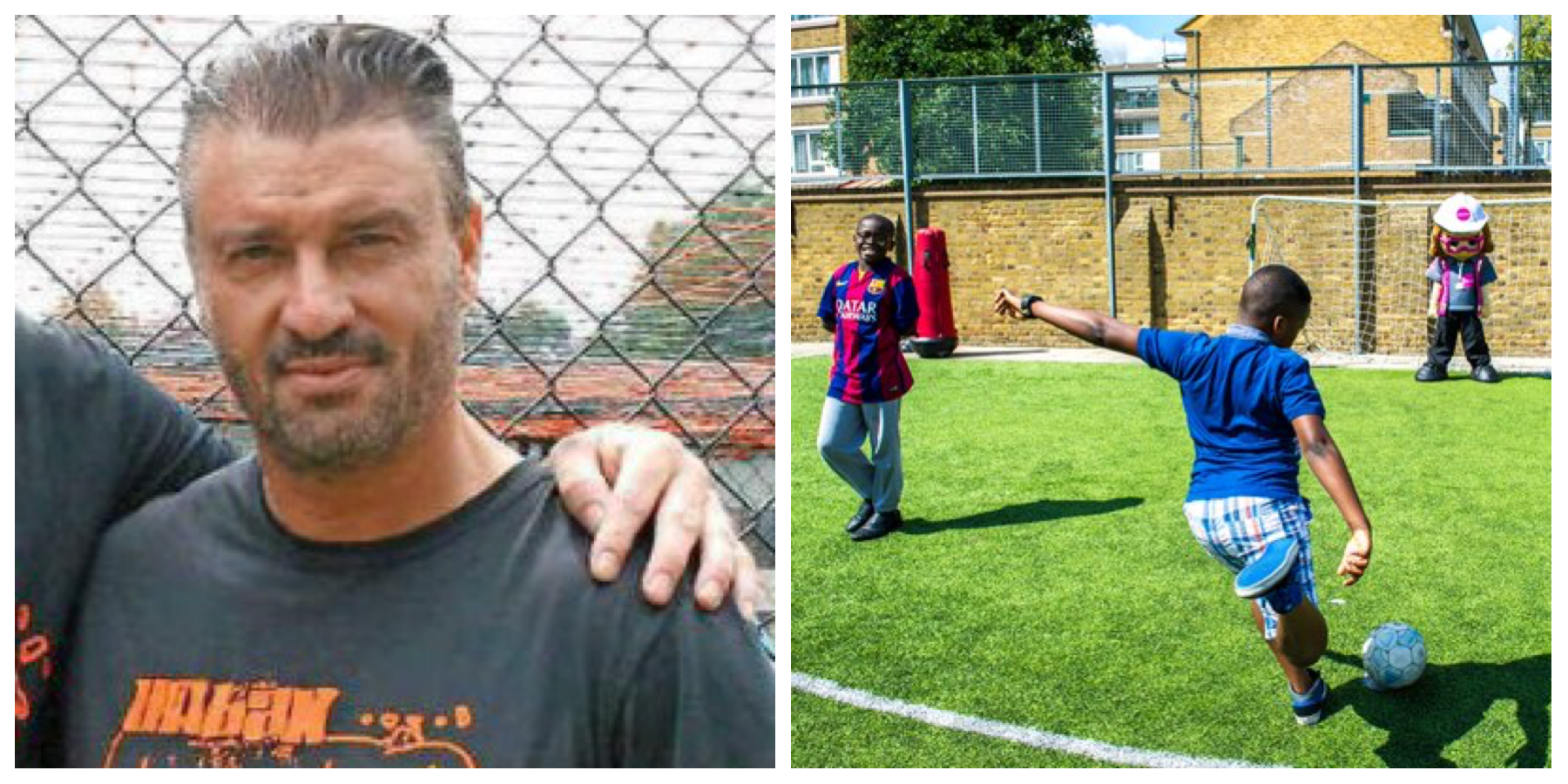 READ MORE: Cage football and recreating the spirit of the streets

So he’s offering to give the cages away to a good home, for free. And not only that, but he’s also willing to transport them to their new owner, set them up and explain how best to use them.

“I want the cages to go to an amateur or lower league club that can make really good use of them,” he tells TGG. “The cages have been sitting around recently and I said to my missus, ‘this is so sad,’ because I’ve seen what they can do as a training tool for a community and club.”

The cages are a brilliant way of helping youngsters to develop technique, work on ball mastery and - most crucially of all - have fun, Cockram says.

“Up until the age of 11 or 12, I believe football is all about creativity, enjoyment, doing things off the cuff and developing the technique and personality that will define you. The cages are absolutely brilliant for that. At those formative ages it’s fun first, technique second, tactics and teamwork third.”

Several elite clubs have already come round to the idea, with Manchester United and Everton among those to have installed permanent cages at their Academies, while Tottenham have one outside of their ground on matchdays. 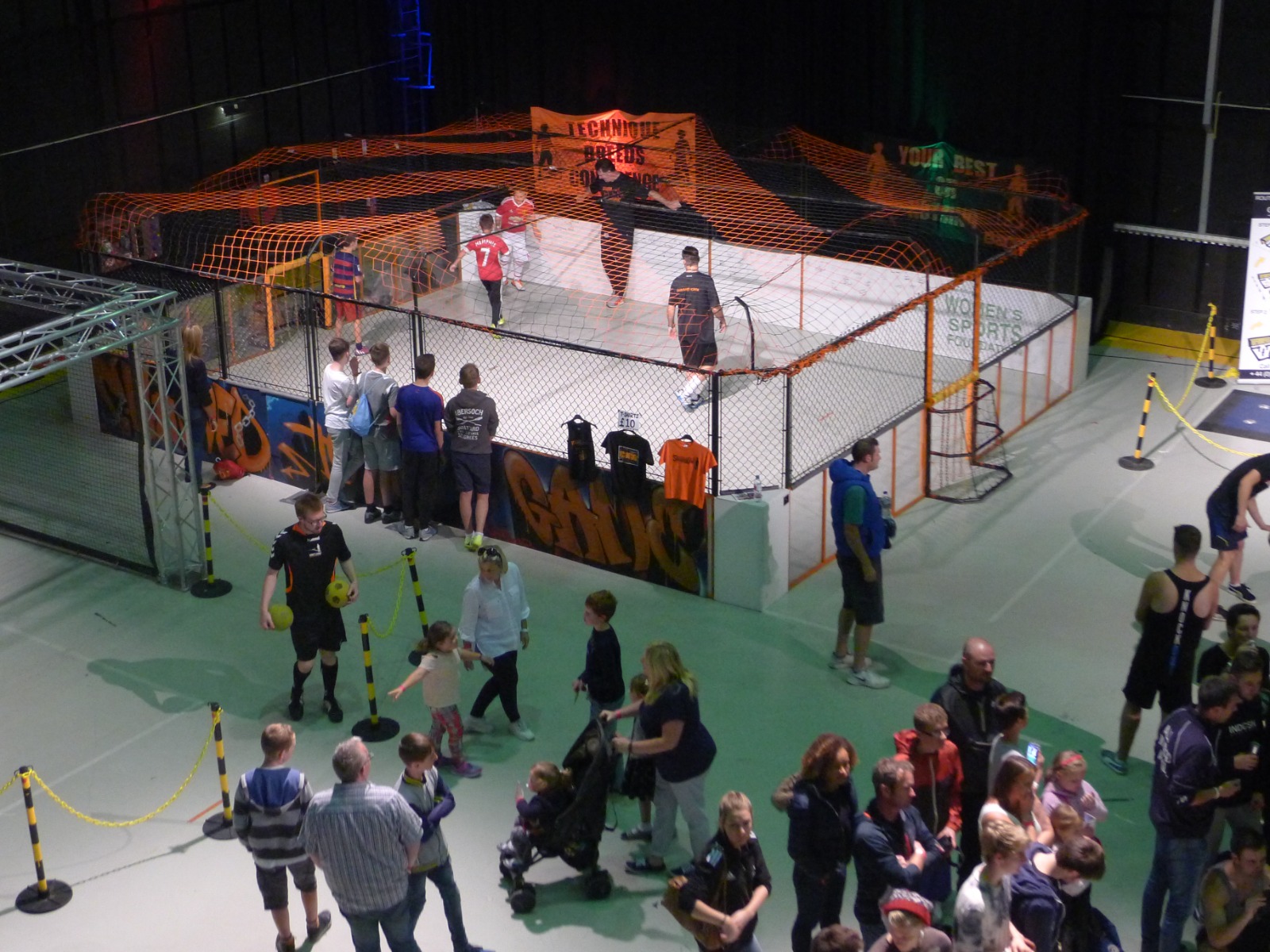 A few years ago, the Guardian reported that 14% of the English-born players in the Premier League had come from within a 10-mile radius in south London. These players, like Wilfed Zaha, Nathaniel Clyne and Victor Moses, were products of the fenced-in astroturf pitches of their council estates and leisure centres.

These were essentially larger versions of Cockram’s cage, with music again playing from the sidelines and crowds gathering to applaud moments of skill.

TGG has also written recently about the importance of 1v1 ability, at all levels of the game. Kris Van Der Haegen, Director of Coach Education for the Belgian Football Association also said: "As a child, how did you start playing?

"In my case, it was with my brother, playing 1 v 1 at home, in the garden, in the garage, dribbling and scoring.

"We created a format that is tailor made for this. We put one player in the goal and one on the pitch and at five, six years old, they play 1 v 1 with the goalkeeper and they adore it.

"They have a lot of touches, a lot of scoring opportunities. It’s all about that fun environment and fun means scoring goals."

If you’re interested in taking on Allan's cages for your club, you can contact him at charlie.cockram@yahoo.com or 07956524875.