THIS all seems a million miles away from the manicured pitches and scientific approach of a Category 1 Academy.

A middle-aged man in a cut-off T-shirt is standing next to a metal cage daubed in graffiti. He's shouting encouragement while breaking into spurts of body popping.

Inside the cage, two young players are taking each other on 1 v 1, trying tricks and flicks. Loving it.

The man with the cut-off shirt is Allan Cockram, a former Spurs and Brentford midfielder who transports his metal cage up and down the country every week like “some kind of footballing gypsy”. He’s even taken it on tours across the United States and Europe.

Cockram's mantra is simple - “enjoyment first, technique second, tactics and teamwork third" - and more and more coaches are beginning to agree with him.

"I don't think kids should be coached in a team until they're 11 or even 12," says Cockram, who played 90 games for Brentford. "Up until then, it's about creativity, enjoyment, doing things off the cuff and developing the technique and personality that will define you."

Cockram came up with the concept of Urban Cage Soccer more than a decade ago, when he was technical specialist at the Philadelphia Union.

At first people thought he was crazy. Not so much now. Manchester United's youngsters play cage football, as do Everton's. Last year we reported how Dutch side AZ Alkmaar had built a 'Performance Playground' at their Academy.

Dave Adams, a former Head of Academy Coaching at Swansea City and first-team coach at Middlesbrough, tells TGG: “With EPPP, everything was becoming formalised, monitored, audited. A lot of the academies are trying to go back to the spirit of street football.

“One day a week at Swansea we’d get the nine to 12 year olds together in our indoor barn and have a mini tournament. It was a mix of ages and they’d be in charge of it, making the rules up.

“In a small area you have to move your feet quickly, control the ball as it bounces off the wall, do things off the cuff. I definitely like the principle of cage football.”

A few years ago, the Guardian reported that 14% of the English-born players in the Premier League came from within a 10-mile radius in south London. Players like Wilfed Zaha, Nathaniel Clyne, Jordon Ibe and Victor Moses, who played on the fenced-in astroturf pitches of the council estates and leisure centres.

These were essentially bigger versions of Cockram’s cage, with music again playing from the sidelines and crowds gathering to applaud moments of audacity and skill. It's a long way from the sanitised environment of the Academies and the "factory-produced" players Richard Dunne has described.

Cockram says these are environments that emphasise the individual, when a lot of Academies have been too concerned with team play.

"You have to cultivate the individual, develop personality and skills. Team play and tactics are the final piece of the jigsaw. Technique and individuality are the foundation blocks."

This is a theme that Michael Beale, Liverpool's head of coaching for the foundation phase, warms to. 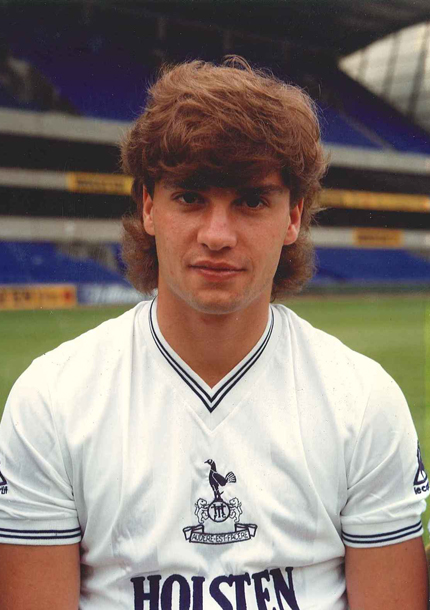 When he was assistant manager of Sao Paolo, before returning to Melwood, he said: “Here (in Brazil) every player has a trick and the ability to play one v one. I don’t believe in saying there’s no ‘i’ in team. There are 11 individuals in a side and I think it’s more about fuelling the individual than tactics.”

Cockram wishes this had been the case during his own career, when he was a long-haired maverick often dismissed as a “luxury”.

“I was lucky to come through at Tottenham, under Keith Burkinshaw and Peter Shreeves, looking up to players like Glenn Hoddle and Ossie Ardiles,” he remembers.

“But there was this prevailing view - ‘if it’s going wrong, kick it long’. English football valued physical strength, running, no mistakes. The players I admired - mainly foreign ones - weren't like that."

This passion prompted him to give up a subsequent career as a firefighter to become a youth coach. Now it's what inspires him to drive his cage on the back of a lorry up and down the country's motorways. Finally, more and more clubs are coming round to his way of thinking.