Pep Guardiola and the 'Messi of medicine'

Guardiola has been friends with Dr Cugat for 20 years

IF you’ve been watching the compelling Manchester City documentary, All or Nothing, then you’ll have seen a lot of Dr Ramon Cugat.

Every time a City player suffers a significant injury, he's sent to visit the grey-haired, bespectacled doctor at his clinic in Barcelona.

During the documentary we see Benjamin Mendy at the Quiron Hospital following knee surgery, cheering on his team-mates from the confines of his hospital bed.

Later on, John Stones is face down on a treatment table as a large needle is injected into his hamstrings. Both players were accompanied to Barcelona by City’s head physio, Lee Nobes, who we can see standing watching on with arms folded.

Cugat, a former Barcelona youth player, is a knee specialist, but City send their players to him no matter what their injury, such is Guardiola’s trust in his fellow Catalan.

So Kevin de Bruyne went to Barcelona for a scan after suffering a knee injury in training last week and will continue to visit Cugat during his two-month rehab.

A number of years ago, the doctor developed a technique called PRP - platelet rich plasma - which is believed to speed the healing process. A player's blood is drawn, placed in a centrifuge to separate the PRP and then re-injected into the affected area - which is what we see happening to Stones in the documentary.

The charge for each injection is about €500.

Guardiola has described Cugat as “the best doctor in the world” and their relationship stretches back 20 years, to the days when City's manager played for Barcelona and was struggling with a persistent hamstring injury.

The problem was so bad that he missed about 400 days of football in 1997 and 1998, including the World Cup. No matter what Barca's medical team did, the player always broke down again.

It was Cugat's wife who persuaded him to contact the Spain international and offer his advice. This was at odds with that of Barcelona’s three doctors, meaning manager Louis van Gaal took some convincing, but eventually he relented and Guardiola was soon back playing.

This cemented the player's relationship with Cugat and when Guardiola became manager of the club, in 2008, he would regularly send players to be treated by the doctor.

Indeed, when Cugat was inducted into the Real Academia Europea de Doctores (the Royal Academy of Doctors) in June 2016, Guardiola and Xavi were both present. However, the consultant always turned down the permanent roles he was offered by the club.

He later explained: “What I like is to be a doctor of all footballers, where I am open to the world.

"In a club, I would see a pair of broken cruciate ligaments in about three years, but here you see hundreds. That’s the experience you can then apply - it’s a huge database.”

The close bond between manager and doctor created huge ructions at Guardiola's next club, Bayern Munich.

Hans Müller-Wohlfahrt is an institution with the Bavarian outfit, who he has served as club medic since 1977 (other than a brief interlude away, which we'll come to later) and has treated a host of stars from other teams and other sports, as well as working with the German national team.

However, for Guardiola, the German wasn't in the same class as Cugat.

In his autobiography, My Life and My Medicine, Müller-Wohlfahrt wrote that he was “blamed for numerous injuries, the physical condition of the players and ultimately for a defeat by Porto (in April 2015).”

Guardiola also used to say “it cannot be that injuries here last six weeks but in Spain only a fortnight," according to the German.

Things came to a head with the saga over an injury to midfielder Thiago Alcantara. The Spanish midfielder was sent to Barcelona in March 2014 for treatment to a knee injury, which turned out to be a partial tear of the ACL.

“Thiago once returned from Spain after four weeks, seemingly fit,” Müller-Wohlfahrt wrote. “But when I evaluated him I said, ’stop! The injury has not healed completely, even though you are pain free'. Thiago got injured again and went on to miss a full year.”

Müller-Wohlfahrt finally resigned in April 2015, after several months of conflict with the manager, saying Guardiola had blamed him for the 3-1 defeat by Porto in the first leg of their Champions League quarter-final (Bayern won the second leg 6-1). He subsequently re-joined in November 2017, with Guardiola safely out of the way.

As for Thiago, he had made a long-awaited comeback two weeks before the Porto defeat and paid lavish praise to Cugat.

“Ramon Cugat is the best orthapaedic surgeon in the world,” he said, “and the best psychologist in the world.

“He spent free Sundays being with me to see how my knee was and how my head was. He did a great job with me. He believed in the recovery we were doing at all times.”

You can watch his emotional interview above.

There’s been no such conflict at Manchester City, because Guardiola made it quite clear from the outset that he had to work with Cugat.

In fact one of Cugat's friends and former colleagues, Eduardo Mauri - who had been director of sports medicine at Quiron - was soon appointed club doctor.

When Mauri was discussing the final details of his contract and role, Cugat accompanied him at the talks with City.

However, one does have to wonder what some of the club's staff (and players) must think about players being routinely sent to Barcelona for consultations and treatment when they have a state-of-the-art medical centre on their doorstep in Manchester. 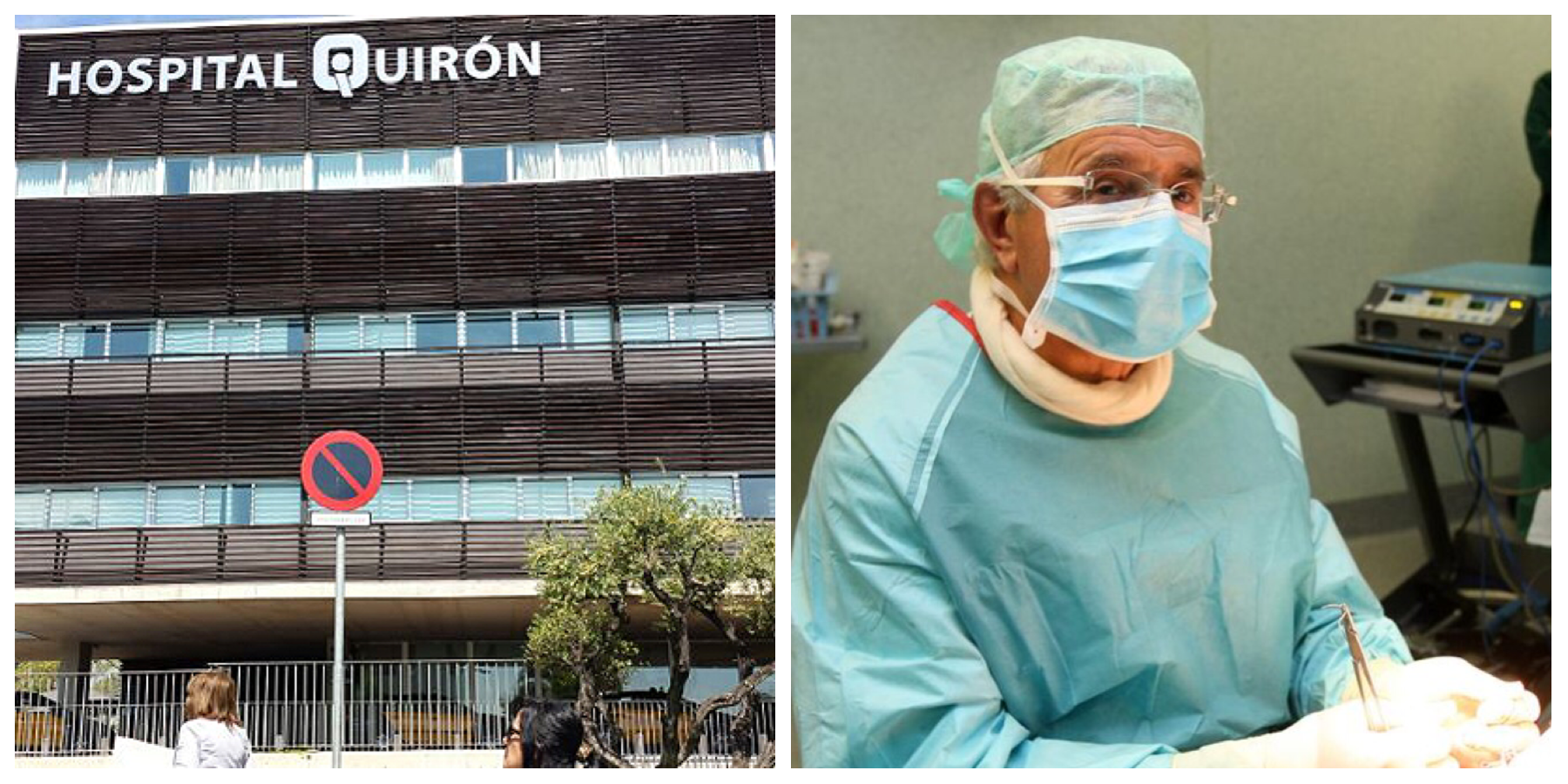 Cugat now only works with footballers, and City are a main client, but he also does work with a host of other clubs and players.

When West Ham’s Manuel Lanzini was injured in a pre-World Cup training camp with Argentina in June, Hammers Head of Medical Richard Collinge said: “On the positive side, we were local to Dr Cugat. We had a consultation on Tuesday and surgery on Thursday.”

Lanzini remained in Barcelona for “two to three weeks” after surgery for his “intensive rehab”, returning to London once this had been done.

One Premier League practitioner told TGG: “Ramon is very good at what he does and a lot of players swear by him, particularly the Spanish and Portuguese speakers. I've heard him described as the Messi of medicine within the industry.

“Logistically, going to Barcelona for treatment isn't such a big deal.”

* TGG asked Manchester City for a comment on this story and is awaiting a reply.