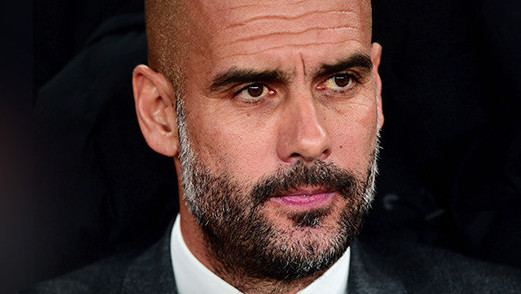 A disciple of Johan Cruyff and a linchpin of the Dutchman's European Cup winning Barcelona side. Graduated from La Masia to manage the side, leading them to unprecedented levels of success, with three La Ligas, three Copa del Reys and two Champion League titles. Won three league titles with Bayern Munich, though not the Champions League. Arrived at City in the summer of 2016. 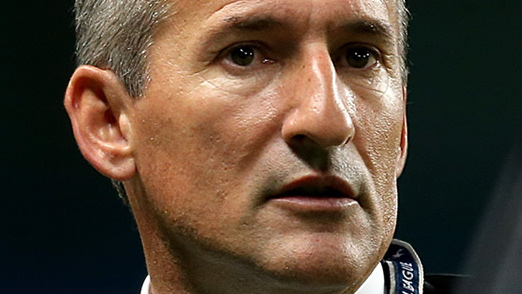 A fine player, who was capped 22 times by Spain. Worked as technical director at Barcelona from 2008 to 2010. Brought to City by his old boss Ferran Soriano, who is now CEO at the club. 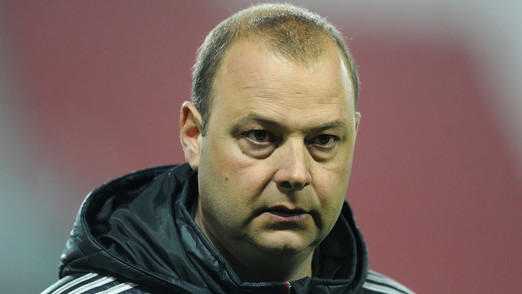 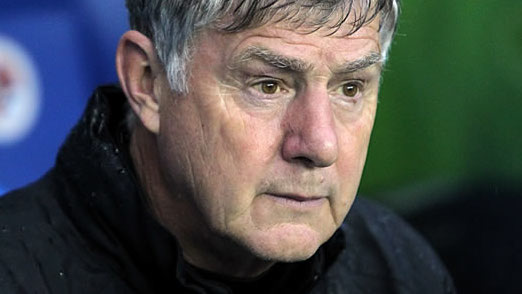 A European Cup winner with Manchester United, who was assistant manager of the Reds for seven years. Joined City in the same role in 2009. Guardiola kept him on to "help me to get to know the players." 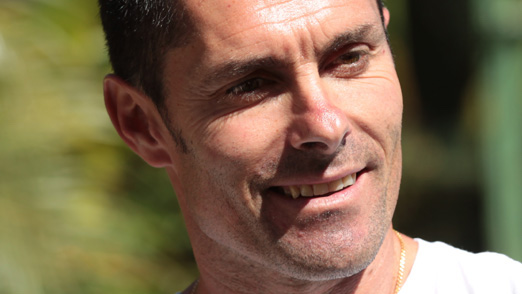 Brought to City by Manuel Pellegrini, with whom he had worked at Malaga. Former Majorca goalkeeper kept on at Etihad by Guardiola. 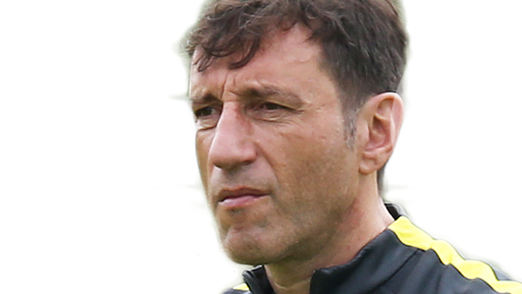 Analyst worked with Guardiola at Barca B, Barcelona and Bayern Munich. Says Guardiola likes to sit down with him as soon as he can after a match to analyse it on his laptop. 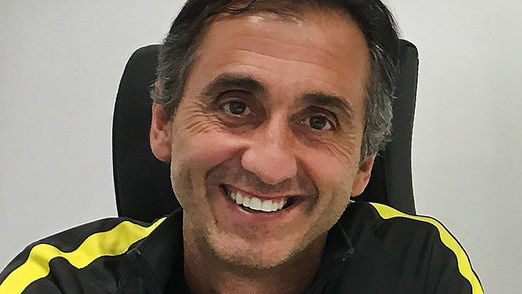 An unusual job title but a crucial role: Estiarte is Guardiola's mentor and sounding board. Guardiola once said: "Managers are very, very alone. It is good for me to have him here." The Catalan was once Spain's finest water polo player and won gold at the 1996 Olympics. 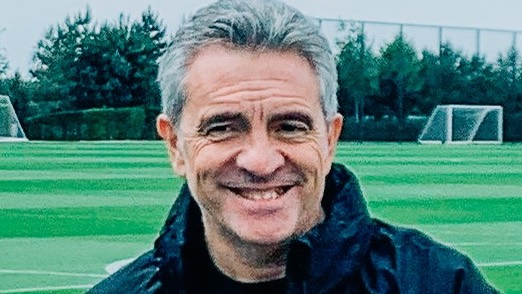 Appointed in June 2020, replacing Mikel Arteta, who had left the previous December to manage Arsenal. His long and varied coaching career may not appear that auspicious, but he has been a major influence on Guardiola. Managed him at Dorados de Sinaloa in Mexico in 2005. 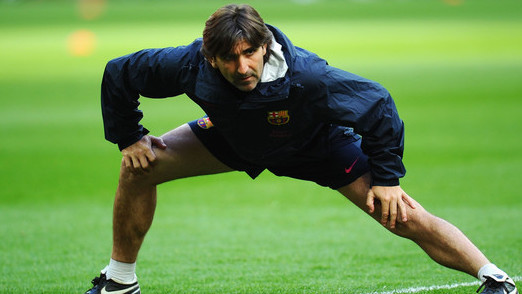 Worked with Guardiola at Barcelona and Bayern. Oversees the team and individual fitness programmes. Regarded as crucial to the high-energy, fast-pressing style of the manager. 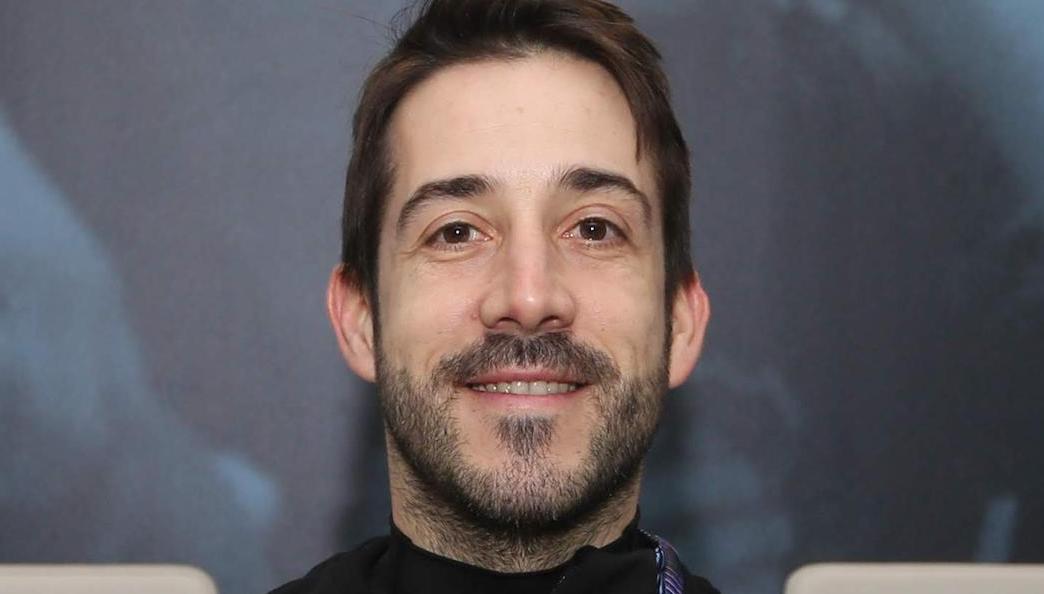 Joined at the start of 2019/20 as the club's first set piece coach. Previously worked at Brentford for three seasons and, before that, Montpellier.

City's long-standing team doctor. Despite the recruitment of Eduardo Mauri (below) and regular rumours about his future following Guardiola's arrival, Sala remains. A graduate of the University of Ferrara in Italy. 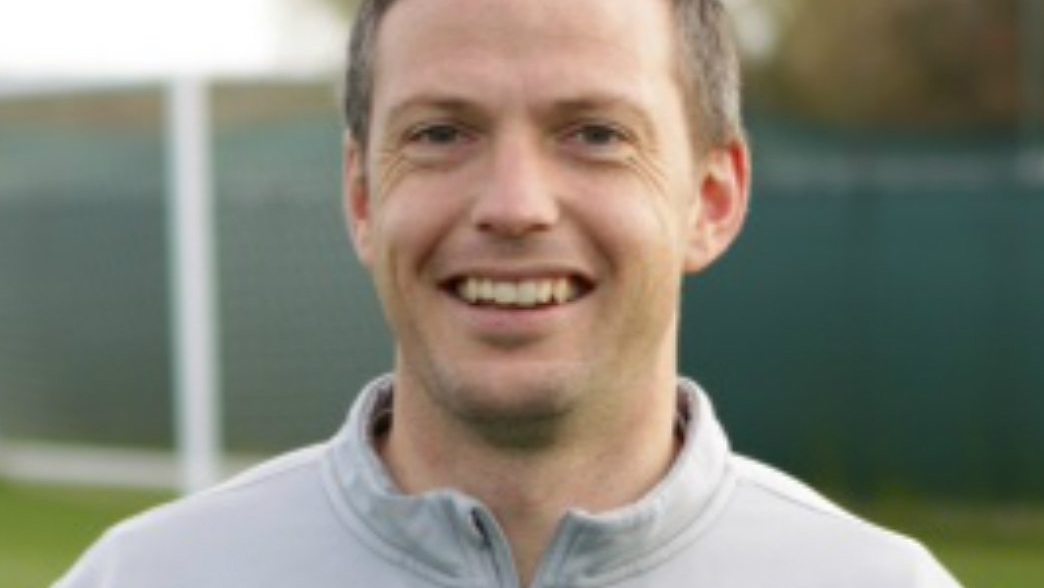 Joined City in summer of 2011 as Head of Sports Science after seven years in the same role with Spurs. Went on to become Global Lead for Human Performance with City, overseeing their network of clubs. Worked with England at Euro 2016. 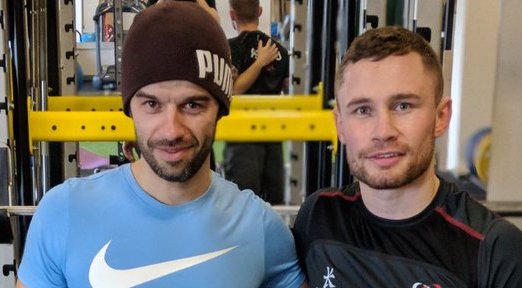 A prominent practitioner who has been with City for a decade. Has also worked with world champion boxer Carl Frampton (above, right). His brother Mark is Head of Performance Services at the City's Academy. 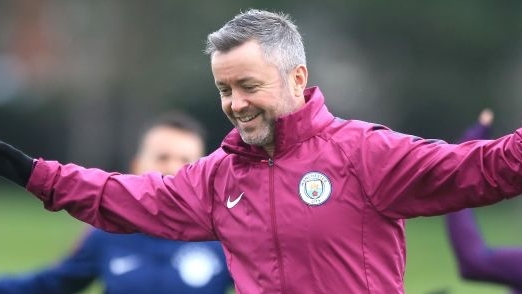 Joined in July 2012. Was Head of Sports Science at Charlton before that. 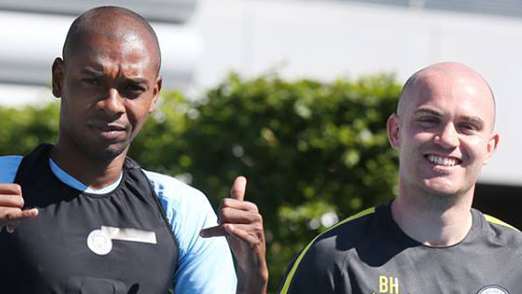 Hails from Blackrock in Dublin, where he played at a semi-pro level. Joined City from STATSports. Worked for Croatia at the 2014 World Cup in Brazil. 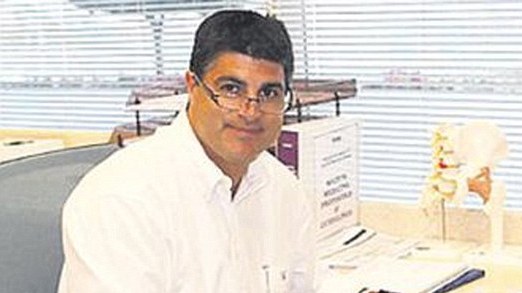 Joined City last summer. Played for Espanyol before qualifying as a doctor and working for them in that capacity. Went on to Qatar national team and AS Eupen in Belgium. Another Catalan on the staff. 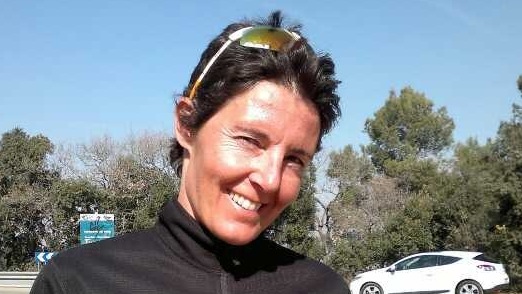 Worked with Guardiola at Barcelona, where she spent four seasons. Left in 2012 but continued to work with Lionel Messi afterwards. Personal friend of Chief Executive Ferran Soriano and Director of Football Txiqui Begiristain

Long-standing member of staff who has worked under managers going back to Roberto Mancini. 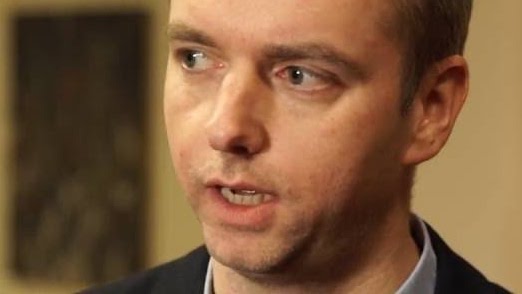 Started out as an analyst for HSBC before moving into psychology. Worked for English Institute of Sport prior to joining City in August 2015. Also a director of Mindflick, a private company providing coaching and consultancy for business executives.

Joined the club from Middlesbrough in March 2009, initially with the reserves. Promoted to first team in November 2010 and then took the top job in February 2019, replacing Lee Nobes.

Has been with City for seven years, moving from Academy to first team in 2013.

Qualified osteopath who previously worked at Lazio and Palermo in Italy. 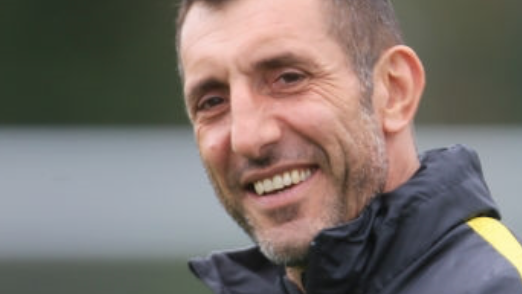 Played in the lower leagues as a striker and centre half. Retrained as a sports therapist with the PFA and has previously worked with Bolton and Newcastle. 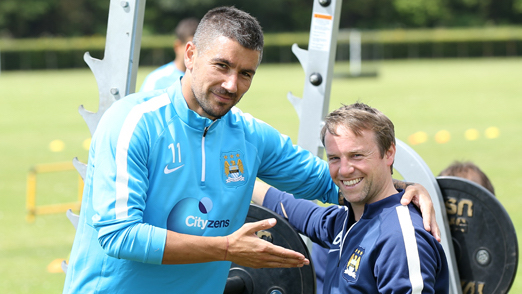 Has been at City since July 2007. Also works as a sports therapist with the Welsh national team.

Spaniard joined the club in July 2016. 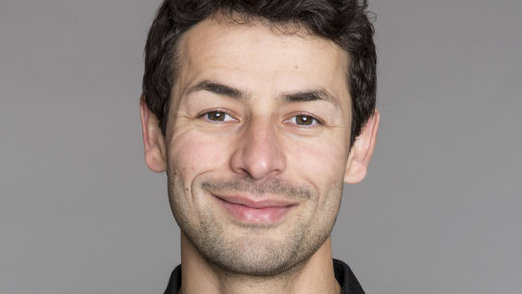 Joined City in October 2016, having previously worked as a sports therapist for Team Sky and British Cycling. 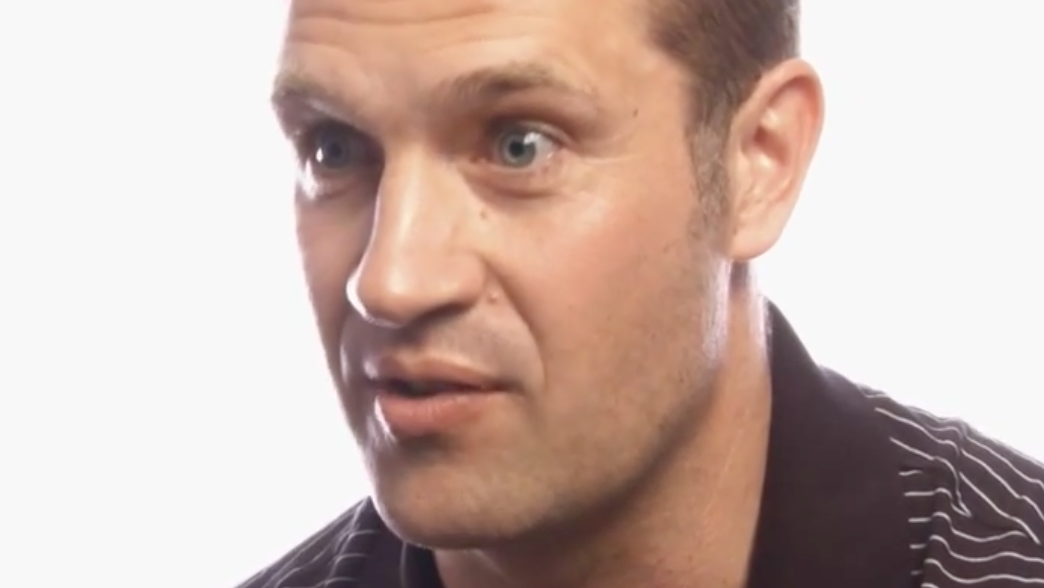 Has been working with City's first team since July 2019. Also lead performance psychologist with the England and Wales Cricket Board - and worked for Wolves for four years. 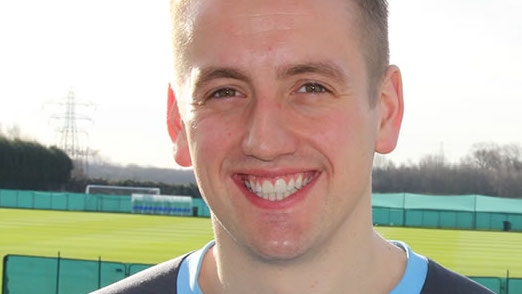 With City since 2011 and has worked with Academy and Women's teams too. Previously at Preston North End.

Succeeded Rands as Head of Performance Analysis at Scunthorpe, then joined him at City in September 2014. 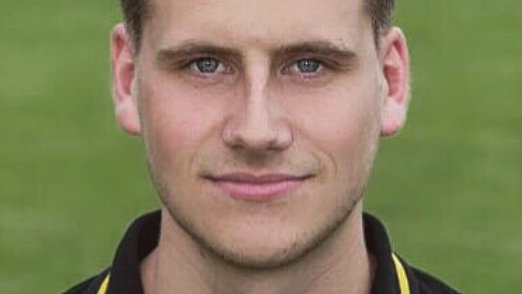 Hired from sister club NAC Breda in January 2018. Worked for Brentford for a year and is an expert in the expected goals model.

Joined in September 2019, having been a performance analyst at Derby for 11 months.

DIRECTOR OF INSIGHTS AND DECISION TECHNOLOGY 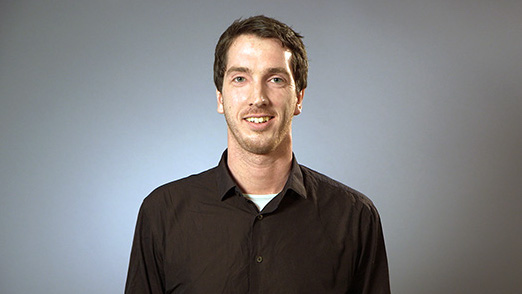 Heads up data science across the nine teams in the City Football Group, including Manchester City. Was promoted from Data Scientist in January 2020, replacing Lee Mooney.

Appointed in June 2020 and will be "leading the analytical development of our practitioners and advancing our football intelligence capabilities," in the words of Prestidge.

Previously worked for The Information Lab in London for five years.

Appointed in July 2020. Role is to "accelerate the application of physics-based concepts that have been developed at City Football Group over the last four years in order to solve football-focused performance challenges.”

BLACKBURN ROVERS named an Academy graduate in their matchday squad for the 500th straight game when they beat Wycombe 5-0 on Saturday.