Devlin was appointed by the Broncos in December

PAUL DEVLIN was appointed Head of Performance at the Brisbane Broncos last December.

The Englishman, who grew up in Widnes, had a distinguished career as a rugby player in both codes, before becoming a performance practitioner. He has now been Down Under for more than five years, culminating in being appointed to one of the biggest performance jobs in Australian sport.

Devlin told us about his personal journey and performance philosophy.

How did you get into high performance?

Paul Devlin: I played in professional rugby league and union for many years - at Widnes, Sale Sharks, Munster, in the Super 14 in France, for the Cornish Pirates, all over the place. I had quite a few knee injuries and it was during one spell out that I began to wonder what I'd do when I finished playing. I started studying for a Masters in strength and conditioning at St Mary’s in Twickenham, loved it and wasn't bad at it. So when I was at Cornish Pirates, the coach, Chris Sterling, also put me in charge of nutrition and rehab and I did that for free for 18 months.

When the assistant coach at the Pirates (Brett Davey) got the head coach job at Doncaster Knights Rugby, he took me with him as both a player and S&C coach, which is a joint role you don't hear of too often. After that I never looked back to be honest and 18 months later got the job at Hull FC, as Head S&C.

How did you end up in Australia?

In 2013, I was negotiating with Munster to take a job there when I got a random call from Australia. I can still remember it now - I was playing golf with the Great Britain international Gareth Ellis and my phone rang. It was someone from the Melbourne Storm, asking if I’d be interested in doing a phone interview the following day for a job as their S&C coach. It turned out that someone had recommended me to them.

I’d actually just read a book by Melbourne's Head Coach, Craig Bellamy, and had been so impressed that I'd told my wife, ‘I want to work for that guy one day’. It was Craig who did the phone interview and it was tough - he doesn’t talk a lot and is hard to get a good read on. But I was offered the job and two weeks later I was out in Melbourne. It was an absolute honour to work with Craig - he’s an absolute genius and quite rightly is regarded as a legend in rugby league.

Now I’ve been at four different clubs in Australia - Melbourne Storm, Parramatta Eels, South Sydney Rabbitohs and now the Brisbane Broncos. I was at the Rabbitohs for the last two years and there was an English contingent I was very close to there, but the challenge of joining the biggest club in Australia and trying to turn it round with a very good friend of mine as coach (Anthony Seibold) was too good to turn down.

The Broncos are just an iconic brand. They’ve been through a tricky time after 2006, when they last won the Premiership, and we’ve had a tough start to this season (losing four of their first five games), but it’s early days. Round two was the Queensland derby against the Cowboys and it was crazy - 45,000 people at the game, with an incredible atmosphere and build-up. It was like an international game. 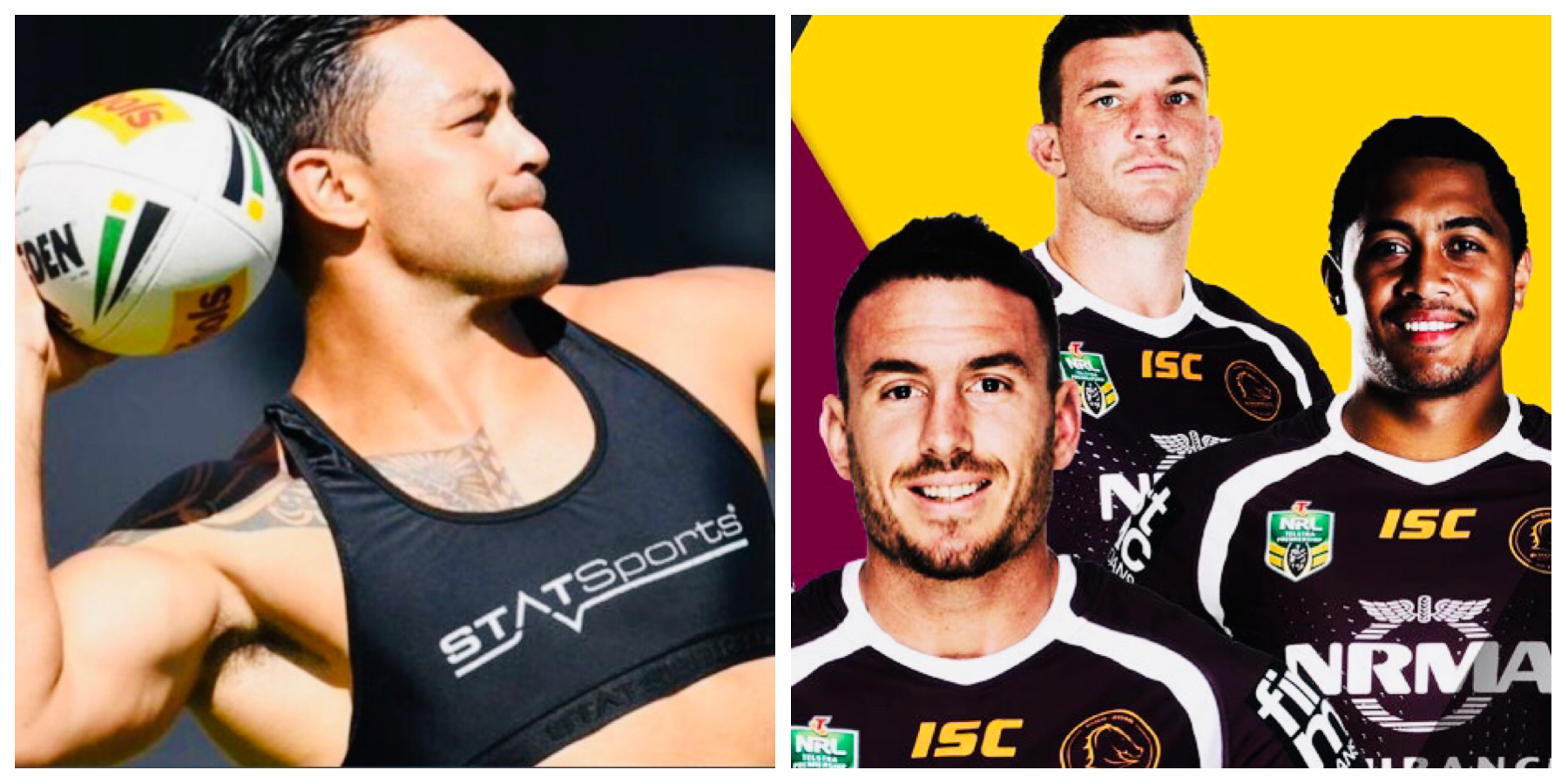 What does your job entail?

I am very integrated in my approach - I’ve been a strength coach, a conditioning coach, a rehab coach, a nutritionist and am married to a physio (Lauren Devlin, who was Head Physio at Hull FC). This job is essentially management of the performance staff, including strength and conditioning, rehab, nutrition and medical, and it’s co-ordinating all of those activities and people. I’m passionate about coaching too, so I always make sure I don’t lose track of that.

I’m studying for an MBA at the moment, because there’s so much management in the role. We have some exceptional staff and it’s about making sure they are co-ordinated and that I get out of their way and support them. There are lots of good physios, strength and conditioning guys and someone has to co-ordinate that. You need to work together and all enjoy progressing athletes in the right way. There might be some strong personalities in the room but you all need to work together. That's ultimately my responsibility.

Who’s in your team?

I started in December and was lucky to walk into a very good staff here. We look after about 40 players and keep quite a tight staff:

We are also about to advertise a PhD dietetic student to research being fit but unhealthy, which should be interesting. And we have a relationship with the University of Queensland, where we carry two to four interns a year on a knowledge-driven programme. They have specific roles, a syllabus for learning, they’re not just washing shakers.

Do you think your philosophy differs from Premier League teams?

The number one goal of any athlete programme is availability. We share that across sports. In the NRL, you get to exert a bit more influence over the direction of the physical programme than you maybe do in the Premier League. In the Premier League, there is a huge difference in the way teams go about training their players to be available, and in how much influence they are able to exert compared to technical coaches.

I’ve heard about technical coaches taking over, which has kind of stopped happening in rugby league. Our philosophy is we want to be able to do more and train faster than any other team. So we work really hard on finding ways to train players to be able to handle more load. A lot of teams think they have a magic GPS number that lets them know when a player has hit their limit. Our philosophy is we don’t know what the limits are and have to keep pushing until we can find them. We use a lot of science to do that.

How much gym work do you do?

Rugby league is an intense collision sport played by 100kg athletes on average, so we do a lot of strength work. You need to be able to carry collisions and recover. However, we also understand that we can’t do too many gym sessions and work on a minimum effective dose and use a lot of scientific rationale for maximum gain. This allows us to work on the technical and tactical for longer.

Ryan Whitley uses a strength diagnostics programme to see where the players' power levels are. He can identify players who need a bit more and those who have the right dose. It’s about making sure we’re getting the work done that's required to maintain muscle mass and be dominant physically, but not taking up too much of the programme. Tactical periodisation is important for this. Myself and the head coach are really big on it and have taken significant advice and implemented it for the last two years.

Everything relates back to the game. In-season, every drill relates to the game model.

HOW do you ensure each individual develops within your team environment? This is a big focus for clubs - and for this webinar.

BAYERN MUNICH used a huge videowall at their training ground for the first time on Wednesday ahead of their final Bundesliga game of the season.