Dominic Jordan: "There is so much potential for data science to benefit the club"

MANCHESTER UNITED have appointed Dominic Jordan as their first Director of Data Science “to drive forward the club’s use of data to help players and staff deliver success on the pitch.”

The move brings the club in line with rivals Leicester City, Liverpool and Manchester City, who have had this role for several seasons.

Unlike these three clubs, however, United’s new Director of Data Science does not have a background working in football - although he is an avid Manchester United fan.

Jordan joins from Manchester-based N Brown Group, the clothing and footwear digital retailer, where he has been Director of Data Science and Analytics since January 2020, leading a 30-strong team of data scientists, engineers and analysts.

Prior to this, he worked for US-based INRIX for more than eight years, latterly as their Chief Data Scientist, developing algorithms to help monitor the flow of people and vehicles in transport systems.

As TGG reported in March 2020, Football Director John Murtough has been leading a working group looking at how to develop the club’s data science strategy.

United do not currently have dedicated data scientists on the on the football side of the business, although they do on the corporate side.

Jordan, who has a background in geospatial analytics, said: “My job will be to build a team of data scientists and analysts who will gather, clean and combine data from all kinds of sources to help the true experts make effective decisions with more confidence.

“There is so much potential for data science to benefit the club, from assisting with player recruitment, automatically analysing patterns of play right through to using computer vision to extract information from video feeds in real time.

“At first it’s a question of determining which problems are the most important for the club and tackling those to deliver quick but effective results. Over time as you embed good practice, the problems become harder – hence why building a great team is critical, to keep the club ahead in the data space.

“I have seen first-hand how data used in the right way can transform organisations of all kinds. I would only take a role where the desire to use data to evolve and enhance decision-making comes from the top. So, to get the opportunity to do exactly that for the football club I love – well, it was a no-brainer.”

Murtough added: “We already make extensive use of data to analyse players’ performance and physical condition, and to scout opponents and recruitment targets, but there is huge potential to strengthen our existing capabilities, and build new ones, as part of a more integrated approach to managing and using data.

“This is not about replacing the human elements of performance and decision-making. Coaches will always draw on their knowledge and judgment, and players their experience and instincts. But these things can be complemented by smart use of data.

“Ultimately, it’s about ensuring that players, coaches and support staff are equipped with the best possible information with which to make the right decisions, quickly.” 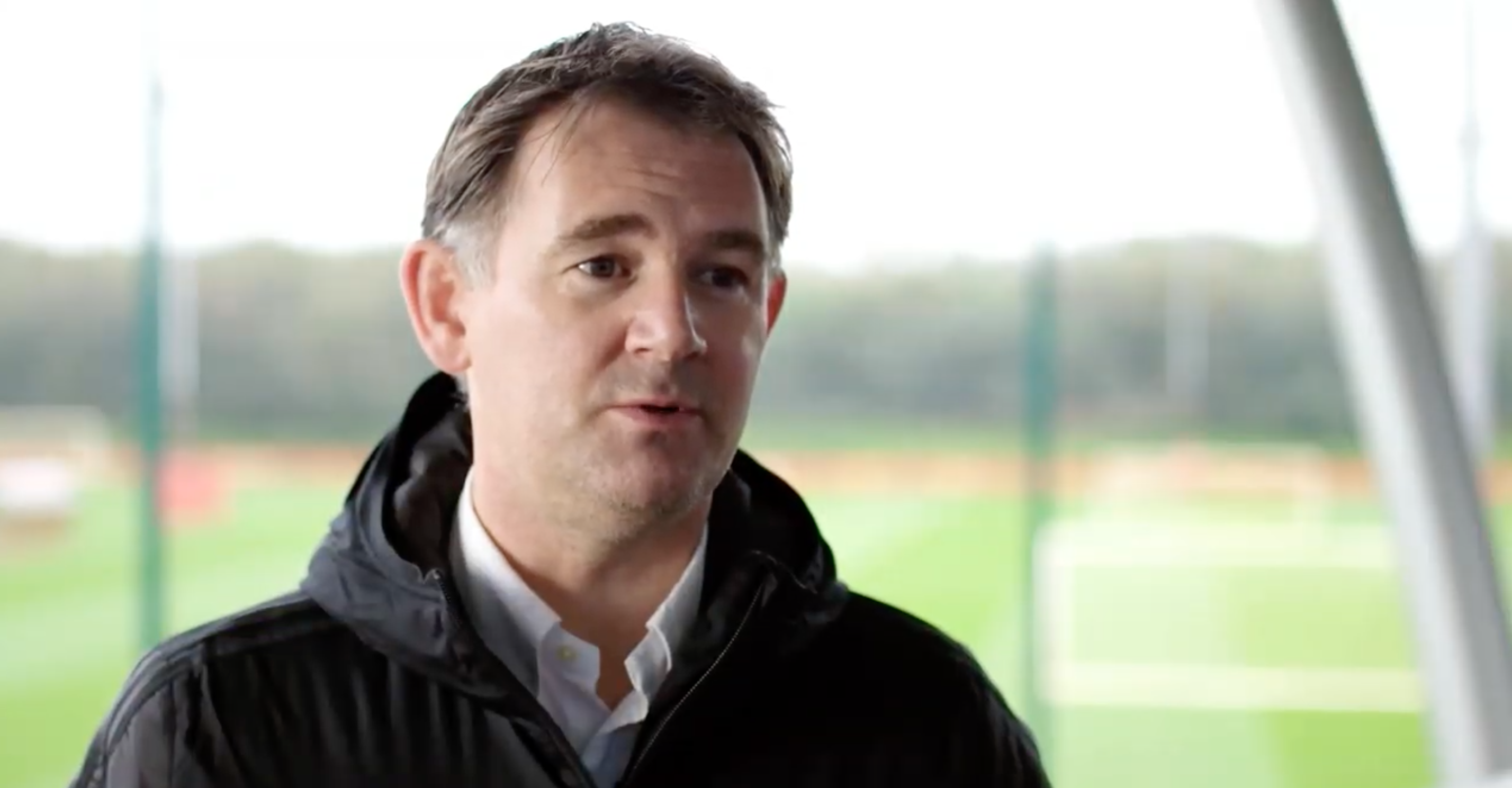 United will have some catching up to do in their use of data science.

In January, we revealed that Manchester City had appointed Laurie Shaw, a PhD in computational astrophysics and a former policy advisor for the British government, as their Lead AI Scientist.

The club have been recruiting heavily for their data science department following Brian Prestidge's promotion to Director of Insights and Decision Technology at City in January 2020.

Rivals Liverpool are regarded as having the most established, best-resourced and best-staffed data science department in English (and perhaps European) football, however, under the charge of Ian Graham.

Jordan, who has a degree in maths, statistics and pure maths from Cambridge University, admitted there was rich potential to develop United capabilities in the field.

“It’s inevitable that access to information like that is going to mean people will figure out different ways of doing things that maybe have been done a certain way for a long time. The difficult part is narrowing down all this data to be ready to answer a specific question at a specific time. Clubs that understand how to do that to enhance the expert decision-making in critical areas will succeed in the long run.”