Clegg returns to Man Utd as strength and power coach

FORMER Manchester United defender Michael Clegg has returned to the club as strength and power coach.

He replaces Gary Walker, who was Head of Strength and Conditioning for 11 years before joining FC Cincinnati in the MLS in March, and the appointment continues a busy summer behind the scenes at Old Trafford.

As TGG exclusively revealed, Ed Leng has joined from Melbourne City as Lead Sports Scientist and fitness coach Charlie Owen has been promoted from Academy to first team. Since then, Richard Hartis has been appointed senior goalkeeping coach and Neil Wood has taken over the Under-23s, with Quinton Fortune as his assistant.

TGG understands further appointments will be made to the medical and analysis departments before the start of the 2019/20 season.

Like Hartis, Wood and Fortune, Clegg has strong links with both Manchester United and Ole Gunnar Solskjaer, having joined the club in 1992 as a trainee. He went on to make 15 first-team starts and nine substitute appearances for United between 1996 and 2002, as well as representing England U21s.

After that, the right-back played 46 games for nearby Oldham before retiring at the age of 26. A career in fitness and conditioning followed and he was Head of Strength and Conditioning at Sunderland for 12 years.

Clegg follows in the footsteps of his father - also called Mike - who was power and conditioning coach at Manchester United for 11 years. You can see him training Cristiano Ronaldo and Patrice Evra in the picture below.

Clegg Snr has run the Olympic Sports Gym in their home town of Ashton-under-Lyne for more than 35 years and, along with his son, now runs a fitness and conditioning firm called Seed of Speed. 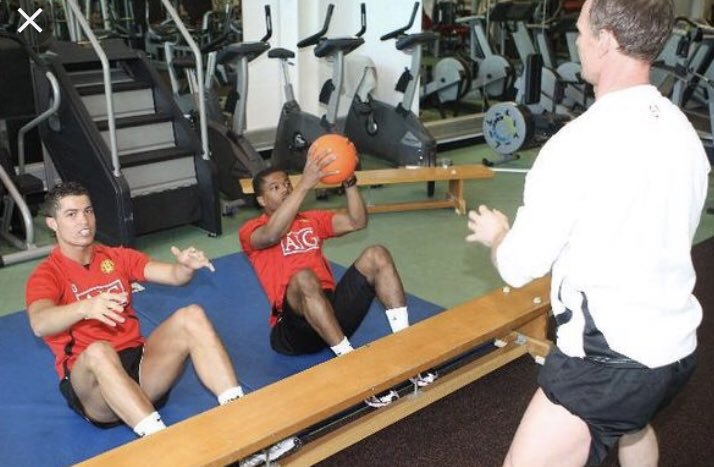 Clegg Jnr told TGG: “This is my dream job and I’m happy to be back where I consider home. I was at the club from 1992, making my u16s debut against Blackpool, all the way through to January 2002.

“After being away for 17 years, this is an opportunity of a lifetime. Spending 12 years at Sunderland as the S&C coach has certainly given me the foundation for this opportunity. Following in my father’s footsteps is also special.”