Burnley and the value of stepping into the unknown 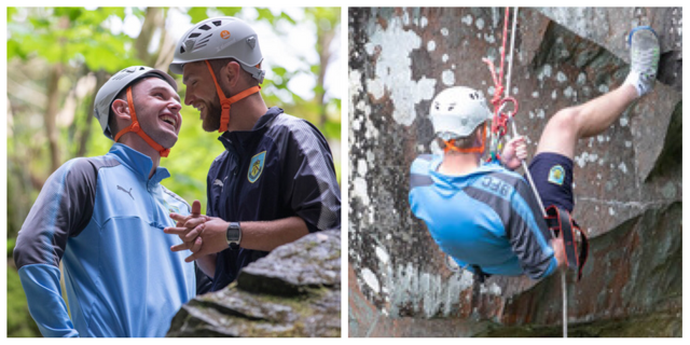 A 200-foot drop, with nothing but thin air separating you from the rocks below: hardly the safe, sterile Academy environment we’re used to hearing about.

Instead, 13 coaches from Burnley are abseiling down a steep cliff face in the Lake District's Langdale Valley, one by one.

Their WAKTU challenge started at 7am, when they set off up the M6. What followed was a series of Lake District challenges with highly-qualified instructors - the 200-foot abseil, a traverse through a pitch-black cave and climb through a cascading waterfall.

In the middle was a talk from a member of the Special Boat Service; at the end, shared stories over a couple of beers and a barbecue. 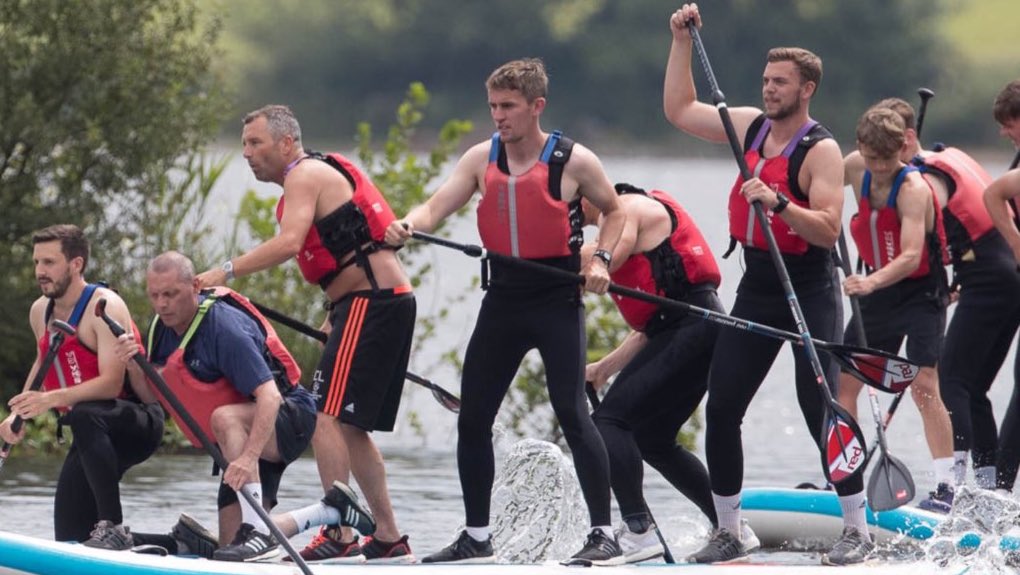 WAKTU - which means time in Indonesian - was set up by Tom Rothwell in 2015. His mission was to take elite sportspeople and teams out of their comfort zones and develop winning behaviours.

To date, all 92 Football League clubs have been involved, including Manchester United’s Under-18s (above), led by new first-team coach Kieran McKenna. Every challenge is bespoke, depending on the aims of the team taking part, and Burnley’s programme was focussed around their 'Claret values'.

TGG went along for the day and discovered some key themes we've highlighted on the site before:

THINKING ON YOUR FEET

“There’s an army saying I like - we live in a VUCA world: volatile, uncertain, complex and ambiguous. To operate in this world, you can’t use the old command-control style. You have to set an objective, provide the tools and let your soldiers sort things out on the ground.” Brian Ashton, England rugby head coach 2006-2008.

Although Burnley's coaches were given a run-through of the tasks by the instructors, they were left to work out exactly how to negotiate the challenges.

“With the abseil, all the instructor said was, ‘make sure you don’t put your hands in this bit or you might lose your fingers,’” coach Dan Trafford explains.

“Other than that, he said we could do it how we wanted. I watched the others from the bottom and everyone did it differently. That’s the approach we need to take as coaches, too. We want the players to be independent decision makers.

“That’s reflected in the way you put your sessions on and in the types of questions you ask. Sometimes the kids give you the answers they think you want to hear, so it’s about making questions open-ended and going a bit deeper.”

Rothwell says the tasks are designed to make people think on their feet, just like a player has to during a match.

“We take players and coaches into a world that’s unfamiliar, unforgiving and hostile, where you have to make decisions in the heat of the moment," he says.

“Most find a way through. Some fail, but that’s an important part of learning. It’s ok to fail, so long as you tried to achieve and learnt something.”

OUT OF THE COMFORT ZONE

“Players like to get comfortable. They like to have a nice house, drive a Range Rover, do the same thing every day at training. To get them to have the courage to be different is the biggest trick - encouraging them to be different, to say 'don’t be comfortable, be uncomfortable'.” Eddie Jones, England rugby head coach.

Players and coaches might have been at the same Academy for several years, repeating the same routines and seeing the same faces. Rothwell says football clubs can be a bubble and Trafford admits: “You can become a bit comfortable in a familiar environment. It’s a leveller when you’re uncomfortable."

Rothwell goes on: “In a comfortable environment people can hide, while others might constantly take charge.

"We’ve seen guys who are usually very quiet really thrive in this environment, while some big egos can become a little uncertain.

“You’re having to adapt quickly, make big decisions in the spur of the moment and work as a team.”

For the cave task, the coaches split up into pairs and navigated their way through a pitch black chasm. One took the lead, feeling his way along, while delivering instructions to the person behind. For the abseil, the coaches who reached the bottom shouted encouragement to their colleagues coming down.

“This has definitely brought the team together, allowed us to talk about culture,” says Ian Jones, Burnley's Head of Coaching, at the end. “We’re not talking about third-man runs today, but about creating better people. You’re trusting each other and trusting the instructors with their skillset.

“That’s what we ask the kids to do every time they walk into the building with us at Burnley.”

“If you go and watch the first team here at Burnley having their lunch, they all mix with the young lads, take their plate back and stack it. There are no airs and graces, no players with attitude. They are all grounded lads who work hard in a system and give their all." Nicky Law, head of Academy recruitment at Burnley.

“We’ve got one lad who’s an ex-Para, one who’s ex-RAF,” says Jones, who worked at local rivals Blackburn for two years before moving to Burnley last summer. "Their skillset is far greater than mine in this setting, so it’s a leveller. There can’t be any egos.

“I’ve got 13 coaches who got up early on a Sunday morning to come here today and they thought nothing of it, because it’s part of our culture."

The presenter from the Special Boat Service talked about humility, which Jones says is already a key part of Burnley’s ethos.

“Some of the things he spoke about we already do, like brilliant basics," he explains. "For the players and coaches it’s about being a good person first and foremost.

"I went to Wigan Warriors last month to watch the first team train and one of the first-team players took my plate away and washed it up. You’re not going to get a more humble gesture than that. And he’s an international player.

“It’s about being honest in living and living the values. Never quitting. You want them to be tough but you just want them to be the best version of themselves, be it an academy footballer, premier league, non league or just a good person.

“You want them to fulfil their potential. At the end of the day you’re a people developer and want them to have an experience that will benefit them in life.”