Lessons in leadership: What football can learn from the Marines

GARETH SOUTHGATE said he'd seen his England players in a truly elite environment after taking them on a secret mission with the Royal Marines Commandos in Devon last summer.

The squad took part in a range of exercises, including a gruelling assault course and camping overnight on Woodbury Common.

Afterwards, the England boss said: “We've seen their standards and the pride they have in their identity and the green beret. That is a powerful message for us to link with the Three Lions. We've got to be brave in terms of how we play and what we do.”

So what makes a Royal Marines Commando so special? And what can football learn from the elite unit? We asked JJ Chalmers, the TV presenter and Invictus Games gold medalist, who served as a Commando before being blown up in Afghanistan in May 2011.

JJ Chalmers: "You become as fit as an Olympic athlete during Marine training. You’re working out three, four hours a day, doing serious sessions. But what you soon realise is that the most important things are actually teamwork, motivation and leadership.

Most of this is learnt from being cold, wet and miserable. There’s a thing called the wet and dry routine. After a day out getting soaking wet, you put your dry kit on to get into your sleeping bag at night. When you have to get up in the middle of the night for sentry duty, you put your wet clothes back on.

Believe me, you think, ‘maybe I can just stay in bed in my warm clothes’, or you think about cutting corners, ‘I’ll get up, but keep my dry clothes on.’ That could mean both your sets of clothes getting wet and you coming down with hypothermia though. Then your whole section will suffer.

So you learn to maintain the standards, always. It’s a horrible piece of discipline, but it develops your mental strength. When you’ve done your final Commando test – the 30-mile march, the nine-mile speed march – you know you’ll be able to do it for the rest of your life in the Marines. So when you’re in Afghanistan, carrying your own bodyweight on your back in 40-degree heat, you know you can do it."

"You come through very arduous training that roots out the big timers. You don’t often hear lads bragging about themselves in the Marines – ‘I can do this, I can do that’ - but you do hear lads bragging about the Marines. I remember turning up at the start of my training and there were a couple of guys saying, ‘I’m so fit, I’ve done this, I’ve done that.’ I was 17 years of age and looked at them thinking, ‘holy crap, I’m not as confident or as fit as you are.’ They were gone within two weeks, rooted out, because you’re not in it for yourself.

Don’t get me wrong, there were guys with talent beyond comprehension, who had an understanding of the battle space and a bravery that was on a different plane. They were the ones who ended up winning medals. To liken it to football, they were the Ronaldos and Messis, with the basics of fitness and intelligence but an extra flair too.

They were so good at their jobs that they dragged half the troop with them. They wouldn’t sort themselves out and go to bed early - everyone went to bed at the same time. You’re not done until everyone is done and you don’t leave men behind on the battlefield. You’re only as fast as your slowest team-mate. I know that if I was in a rubbish situation – which I was – then I wouldn’t want to count on a cocky arrogant guy to get me out of trouble."

3. CUSTODIAN OF THE SHIRT

"The Marines have been around for more than 350 years and have always been excellent. There is an unbelievable pride in wanting to do it right, because you have 350 years’ worth of standards to uphold. If I say, 'I’m a Royal Marine Commando', I get respect because people think, ‘oh, those guys are good’. It's the same with the All Blacks I'd imagine. The Marines is an amazing family that will forever have your back.

But with benefits come responsibilities. We are the custodians of the green beret, just like an All Black is the custodian of his shirt. The Commando Spirit is about courage, determination, unselfishness and cheerfulness in the face of adversity. These core values are banged into you from the beginning, they are the entire being of you. It’s amazing what you can achieve if you have such a sense of belonging and pride."

"I remember some guys getting chewed out for failing to clean some portaloos properly. The sergeant came out and said ,‘I haven’t asked you to storm a beach, I’ve asked you to clean a toilet. How can I trust you to have my back and look after the guys around you if you can’t get the fundamentals right?’

I brasso’d a toaster once. It’s this idea of always being excellent. As soon as you let the corners crack, where does it end? We draw the line at excellence, always. In the military if you’re on time you’re already late. You are always five minutes early, not 10. It’s that attention to detail.

You maintain excellence at all times, no mater how bad it gets. In Afghanistan it’s 40 degrees, you’re climbing up rocks, everything is out to get you. Some of the worst days I had were because someone got diarrhoea and it spread through the checkpoint like wildfire. Then half the guys have to do twice the work – and all because someone didn’t wash their hands properly. They might not be glorious, but the small details make all the difference."

"You plan it down to the ground. There are times in training when you practice something like a mass casualty situation, half your multiple being wiped out, and as a young lad you think, ‘this is never going to happen, we’ll never be that unlucky’. Lo and behold, when I got hurt, half our multiple got hit and it was a mass casualty situation. It was horrendous, but we’d prepared for it as best as we could and that made a huge difference. In fact it probably saved my life. You have to be ready for it and you have to take it seriously."

6. THINK ON YOUR FEET

"People always say that in the military the only thing we do is follow orders. Nothing annoys me more. Yes, there were times we had to follow orders, but the integral part was always the mission, which was given twice and made extremely clear. The mission is the end goal. It’s up to you, the commanders on the ground, to decide how to get there. You’re the only ones who can see the space in front of you and make decisions in the heat of battle. 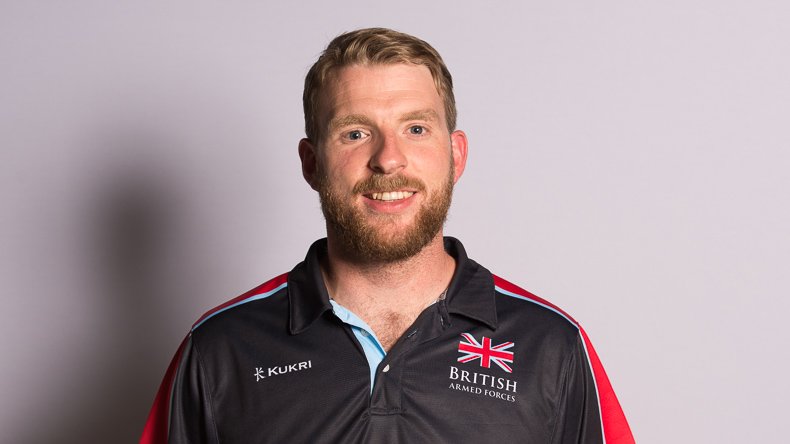 Looking to the coach for every answer is the lazy option for me. It’s nice to be told what to do sometimes - what kit to bring and so on – but switching your brain off all the time isn't the way to go. I’d rather have proactive people who understand the destination and are able to seize opportunities on the way.

There are days when you get as near as damn possible to a perfect plan. But you always have to exploit the positives and deal with unforeseen problems."

Look after him and he’ll look after you. If he hasn’t ironed his trousers, it’s your fault and vice versa. If you’re making yourself a cup of tea, get him one first. People question how the Marines have the courage to do what they do - it’s because of the confidence we have in our training and in the guys next to us. You are going to find yourself in the worst situations possible, but with the best people imaginable."

"It’s a problem when hindsight is thrown at situations. You’re never going to change the past, so we had a rule in the Marines - never argue tactics.

The lieutenant made a decision, right or wrong, with the information he had at that time, and we have to live with the consequences. You would never turn round to say ‘what was that?’ and try to get someone in trouble. Don’t get me wrong, we would always have a debrief, from start to finish, and be completely honest. But it was never a witch hunt."

9. KEEP GOING TO THE END

"The enemy try to get you when you’re complacent. They try to get you at the end of the patrol when you are tired and 100 metres from home. You have to have the fitness, mental strength and focus to keep going to the end. That was why Manchester United could score five minutes from time, because they had that staying power."

10. BACKING DOWN CAN BE A SIGN OF STRENGTH, NOT WEAKNESS

"There is a hierarchy in the military, of course there is. And generally that is a good thing. But in the Marines we are also very friendly towards one another across the ranks. Within that hierarchy you have to be able to speak up a level and say, ‘that’s not good enough boss.’

There were occasions when I’d be clearing a safe lane with the IEDs and the officer would say, ‘you have to do that faster,’ and I'd reply, ‘sorry boss, I’m not doing it any faster. This is my life and I’m the guy signing this off saying it’s safe.’

The officer is an exceptional character and soldier and would take it on board, because he realised he didn’t know everything. That was a mark of strength and confidence, not weakness, that a young Marine could put his hand up and say, ‘boss, I’m not happy with how this is.’"