NEXT week the Under-21 Euros get underway and Aidy Boothroyd's England are tipped by many to go all the way.

Today, Boothroyd named his 23-man squad for the tournament and there were a few surprises, even for us! There were some notable absentees, like the injured Tariq Lamptey and James Justin, and the eligible Phil Foden and Jadon Sancho, who look likely to be involved with Gareth Southgate's senior squad instead.

There is still quality aplenty though and here are pen pics of all 23 members of the squad:

Despite heading for a second successive Premier League relegation and having shipped 53 goals this term, Ramsdale has been the undisputed number one for the U21s and is expected to keep hold of his position in the team. Kept four clean sheets in qualifying and remains the most experienced goalkeeper of those available to Boothroyd, with 66 Premier League appearances to his name. Has missed just one top-flight match in two seasons.

The only other keeper to feature in qualifying. Came in for November’s finale against Albania and kept a clean sheet on his debut in the 5-0 win. After 18 months on loan in League One, the Londoner was recalled by parent club Stoke in November to cover an injury crisis. Made 16 appearances in two months for the Potters, proving himself more than capable in second-tier football at the age of 20. His eligibility for the next two-year cycle at this age group will reinforce his role as Ramsdale’s deputy.

Caught many, including us, by surprise with his selection, but again shows the benefit of playing regularly. Has been on loan at League Two Cheltenham since the start of the season, starting all but one of their 34 league games and keeping 16 clean sheets.

With injuries to Justin and Lamptey, Aarons is even more likely to start than he was in the Autumn, especially as he can operate at right-back or wing-back, depending on how Boothroyd opts to shape his back line. The Norwich City defender has played all 3,240 minutes of the Canaries’ impressive Championship campaign and looks nailed-on to end with an immediate return to the Premier League.

One of the most impressive of Chelsea’s 32 loanees this season. Has helped Swansea City form the joint-best defence in the Championship, often playing on the left of a back three for Steve Cooper. This might sway Boothroyd’s thinking, with the team having switched between 3-4-3 and 4-3-3 in recent qualifiers. Either way, Guehi has been a regular and should be in line to start, as long as he can shake off a groin injury that kept him out of the weekend's action.

Another player who is equally comfortable deployed in a back three or four, Godfrey has been a revelation for Everton this term, featuring in 80% of their games. For the U21s, he missed just three qualifiers and even captained the side last season. After playing in every position across the back four under Carlo Ancelotti, his versatility will also be a big plus for England. 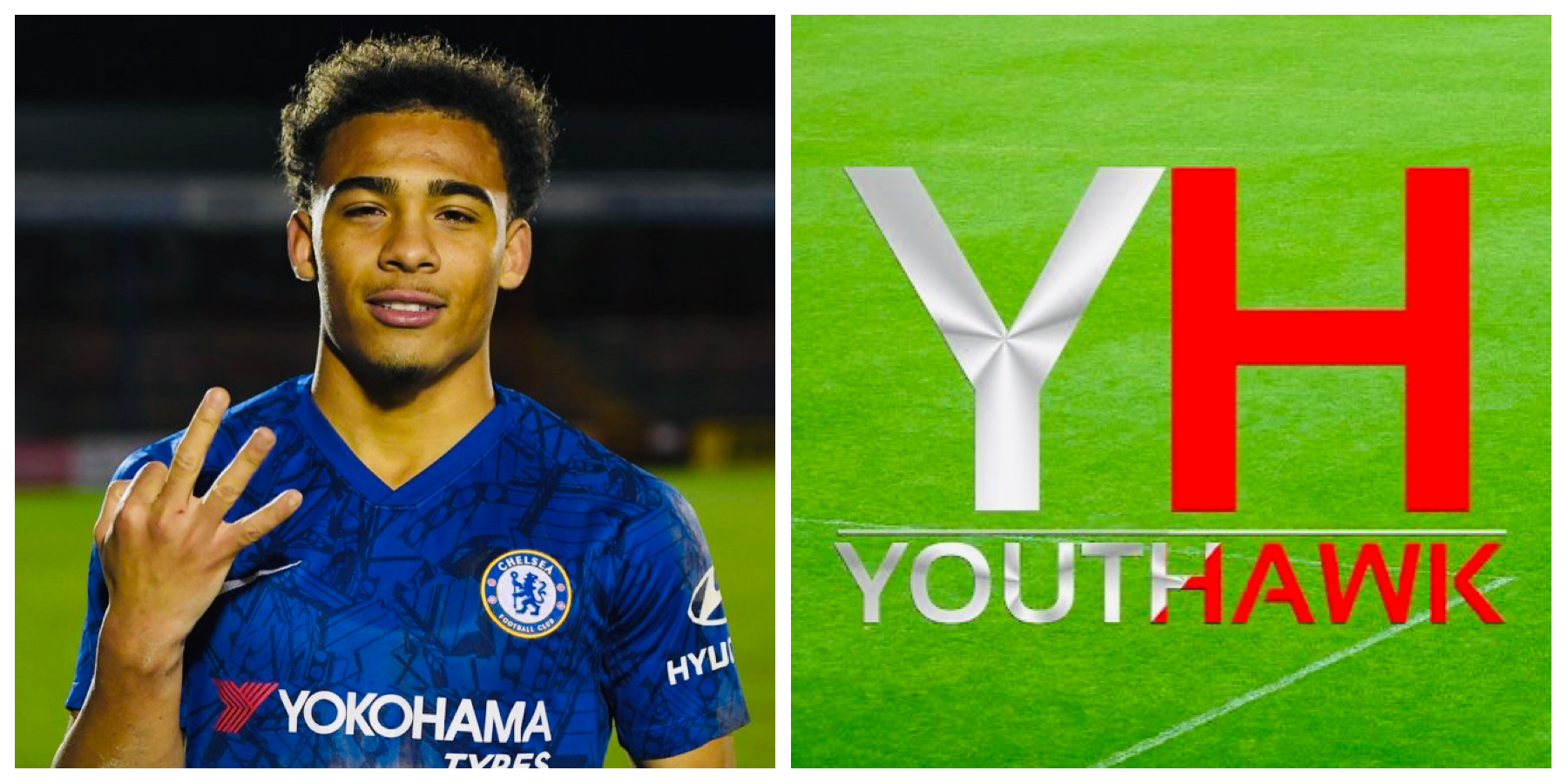 READ MORE: Which clubs are producing England's stars of the future?

Has made two appearances at centre-back for Boothroyd’s boys during the qualifying campaign. His performances for the promotion-chasing Cherries have also impressed.

The full-back has made just five starts in the Championship in 2020/21 for Bristol City, where he is on loan from Fulham, and hasn’t played for the U21s since Autumn 2019, so his chances of being included seem remote.

Has played twice for the U21s this season and been a regular for Watford as well.

Given a maiden U21s call-up in October before withdrawing because of injury. A lack of playing time under Jose Mourinho could have worked against him, but Boothroyd had already seen enough to call him up to the squad.

Called up on the eve of the tournament after Manchester United's Mason Greenwood withdrew from the squad because of injury. Cantwell had missed the previous two U21 get-togethers but has been back to his mesmerising best for Norwich City, shaking off a recent injury. His ability to play in midfield or further forward could also be useful to Boothroyd.


Boothroyd has rotated central midfielders over the past two years, but Davies has remained ever-present, even captaining the side in four of the 10 qualifiers. Regardless of system, the Everton man will sit in the middle of the park and have a big role to play. Has leadership skills and vast Premier League experience.

After a breakthrough season in the Championship last season, has been one of West Brom’s most consistent performers in 2020/21. Has played 26 of the 27 games he’s been available for, bringing relentless energy as well as durability.


A senior call-up is surely not far away for the Liverpool man, although Boothroyd will be hoping to hold on to him for a little longer. Provides craft that might otherwise be lacking in the squad.

Another contender from Carrow Road, where the 20-year-old is on loan from Tottenham. Has impressed with his all-action style and has partnered Davies for the U21s when Boothroyd has looked to keep things tight.


Another youngster enjoying a breakthrough season under Mikel Arteta at Arsenal. In fact, Smith Rowe has propelled himself to become an integral part of the Arsenal side and looks certain to make his U21s in Slovenia. Boothroyd will surely do whatever it takes to make room for the Croydon De Bruyne.


One of the stand-out players in the Championship last season and has adapted seamlessly to life in the Premier League, with 29 appearances. Featured in the most recent U21s squad in November. 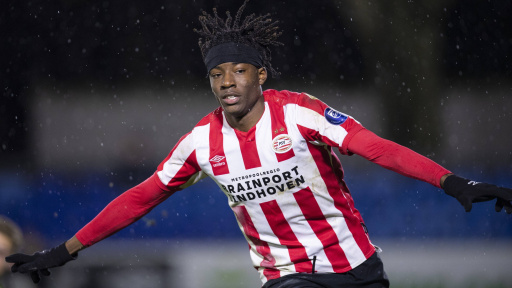 Left Tottenham in the summer of 2019 to sign for Dutch giants PSV, turning down Manchester United in the process. Has made a big impact for the Eredevisie side this season, scoring nine goals in 26 games and can operate either wide right or as an attacking midfielder.

Ability to play left wing-back, left wing and further forward will be particularly important, as will his experience, as he hasn’t missed a minute of Burnley’s last 12 games in the Premier League.

Has been busy notching up appearances on the Continent with Hoffenheim. Involved in the Europa League this season as well. Some people might have forgotten about the Tottenham wideman, but Boothroyd most certainly hasn’t. The only question will be where to play him.

Record goalscorer for England at this level, which made him a nailed-on inclusion in the squad, despite the fact he has made just one start (and two late substitute appearances) in the past 20 games for Arsenal. Is the biggest goal threat for the U21s and their captain, so Boothroyd will waive any fitness concerns and hope the striker can pick up where he left off with 13 goals in qualification - more than any other player.

The 20-year-old’s move to Sheffield United has not worked out as he would have hoped, so will have a point to prove in Slovenia. Is yet to score for the U21s but has been prolific for England throughout the age groups, including scoring eight in the U17 World Cup triumph.

Scored four goals for the U21s during qualification. His recent transformation into a wing-back at Chelsea means he offers Boothroyd extra options in attack, midfield and attack.