THERE will be attendees from the Premier League, Liverpool, Manchester City, Tottenham and Germany’s DFL at Wednesday’s TGG Youth Development Conference, which is now a sell-out.

The one-day conference at Manchester’s AJ Bell Stadium - the first of what we hope will become an annual event - will cover a range of issues relating to youth development.

Kris Van Der Haegen, Director of Coach Education for the Belgium FA, will kick proceedings off with a session explaining the approach his country takes to coach and player development.

With Belgium now at the top of the Fifa World Rankings, their youth development philosophy has become a template for federations around the world, including Germany.

Next up is Stuart Webber, the Sporting Director of Norwich City, whose presentation is titled ‘How to create a youth development pathway while remaining successful on the pitch.’

Leigh Bromby, the Huddersfield Town Academy Manager, will explain the club’s unique games programme and how they are focusing on the professional development phase, while coaching and psychology consultant Dr Perry Walters will tell us why understanding the adolescent brain is key to coaching.

Liverpool Under-18 fitness coach John Hill will look at the physical development of Academy players, while John McGuigan, senior strategist at Hudl and former performance analyst at Manchester City, will explain how analysis can empower young players.

There will be practical demos from our carefully-selected sponsors, including one on an outdoor pitch from Box Soccer. There will also be two panel discussions: spirit of the streets, featuring Kris Van Der Haegen, John Colquhoun (former Scotland international footballer and owner of Box Soccer) and Ash Higgins (foundation phase lead at Burnley FC).

Every attendee will receive a TGG-branded Match Day Bible from Footy Pad. 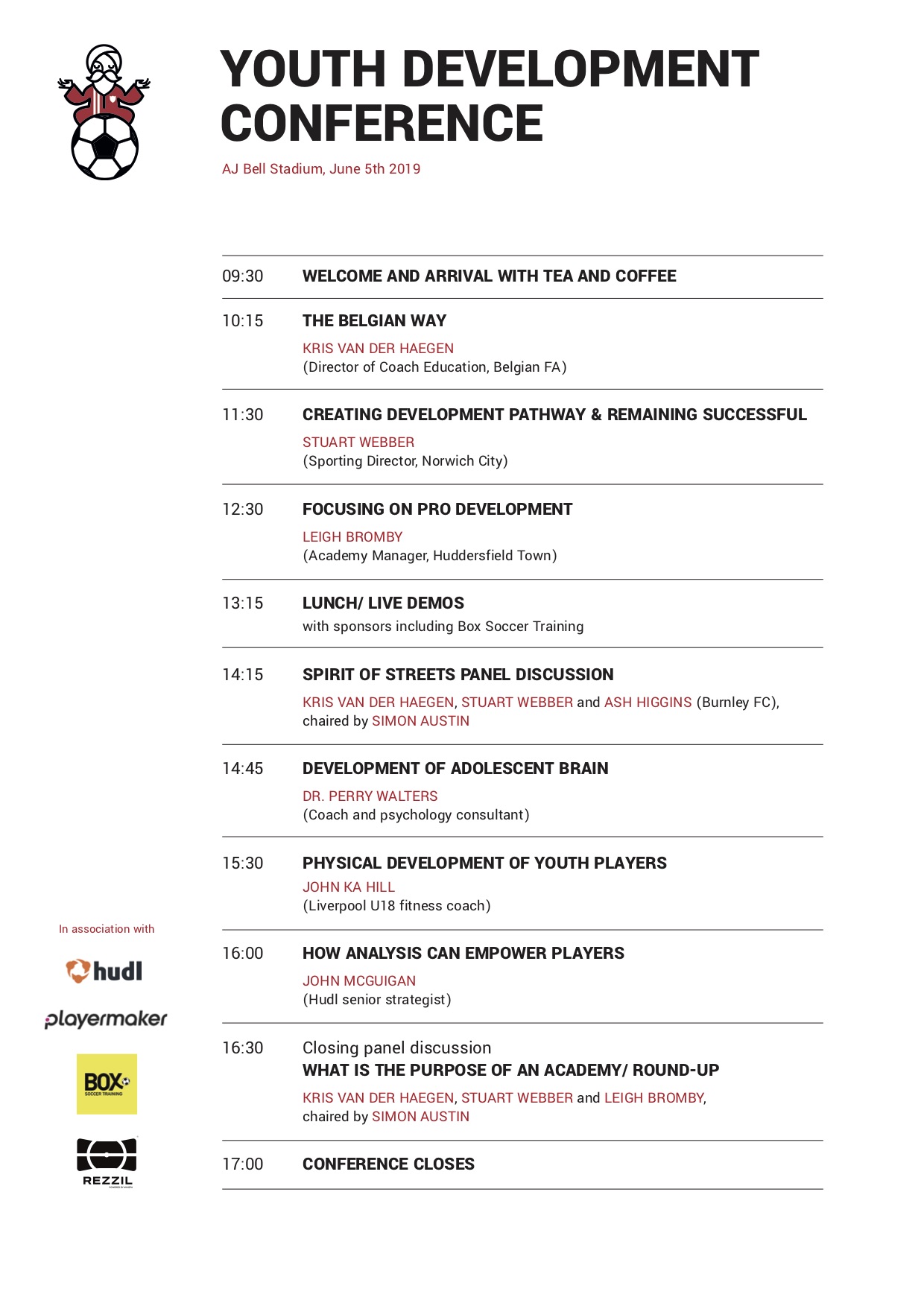