WHEN Villarreal face Chelsea in the Super Cup final tonight, Victor Mañas will be high in the stands at Windsor Park, acting as Unai Emery’s second pair of eyes.

It has been this way since 2008, when the duo first linked up at Almeria, and has carried on at Sevilla, Paris Saint-Germain, Arsenal and now Villarreal.

Mañas will watch on his laptop and send video clips, images and insights through to the manager and his assistant Pablo Villa as they sit on the bench. Tonight Emery bids for his first Super Cup at the third time of asking.

The fact his team are here is thanks to that amazing 11-10 penalty shoot-out win against mighty Manchester United in the Europa League final in June. Mañas smiles at the memory.

“We needed this title - to show that our work is good, that we are going in the right direction,” he tells TGG. “It was important for Unai too, after what had happened at Arsenal. That was difficult at times, very confused.”

Mañas, who arrived at Villarreal with Emery in July 2020, has massive respect for tonight's opponents Chelsea and their wily German manager in particular. 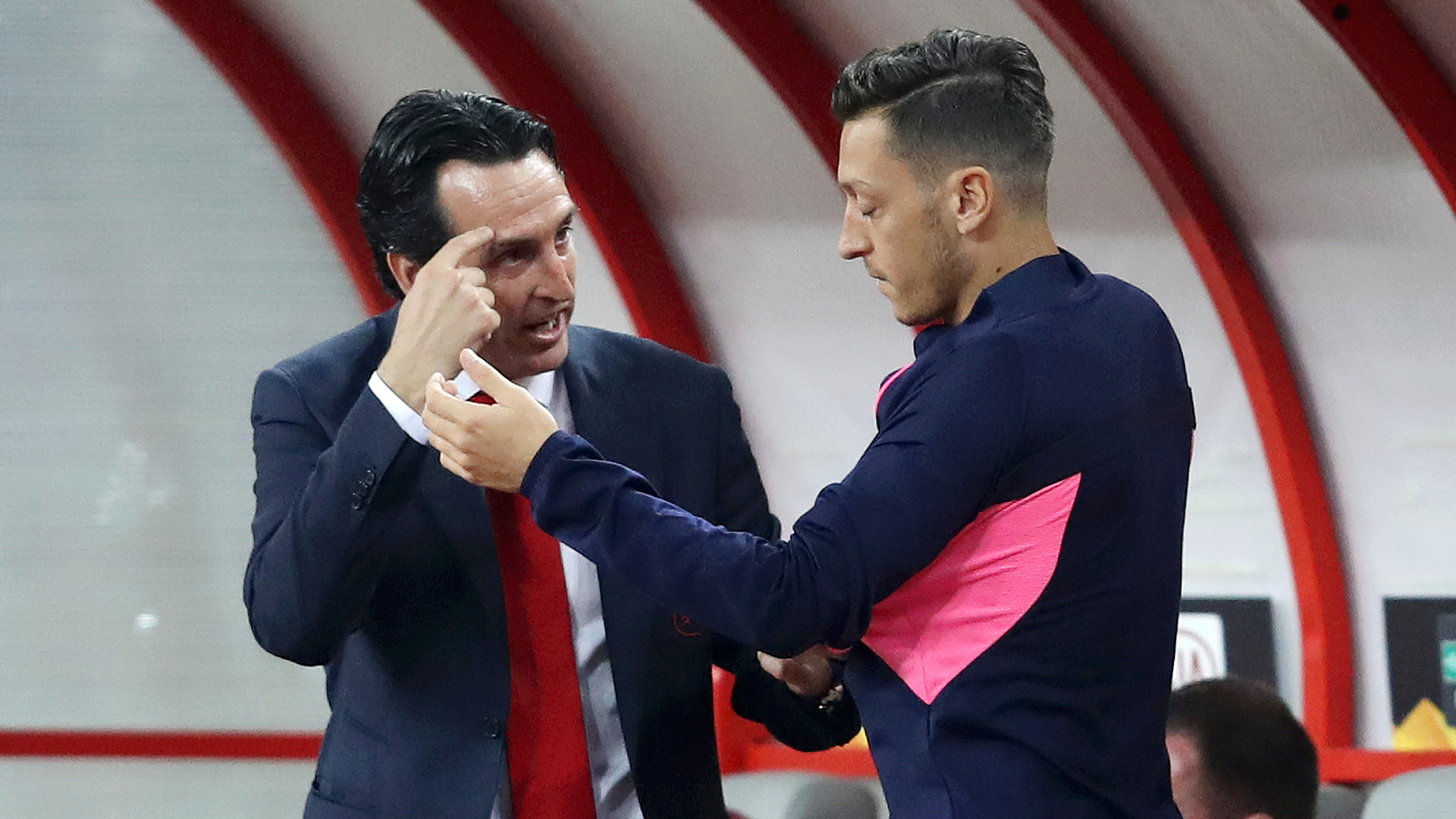 READ MORE: Unai Emery - Why I create friction with my players

“Thomas Tuchel is a very clever coach who is working very well,” Mañas nods. “The Champions League final was an unbelievable game which was very nice to analyse."

Tuchel delivered a tactical masterclass in that match in Porto.

“It was a difficult game for City," Mañas says. "They came with an idea and didn’t interpret the match and couldn’t interpret where the spaces were.

“Without the ball, they had problems as well, especially with Chelsea’s three forward players, which they found it difficult to defend against.”

I ask Mañas if he can go into more detail and he smiles: “Maybe after the game."

Mañas found a kindred spirit when he started working with Emery. That was back in 2008, when Almeria's Sporting Director asked him to come and assist the up-and-coming manager.

What Mañas discovered was someone who was - in fact still is - absolutely obsessed with video analysis.

“He would get all of the matches on VHS, then DVD, and sometimes drive the players crazy with the level of detail he went into,” he remembers.

The next evolution was using the editing software Adobe Premiere and later on, at Arsenal, the pair began telestrating their clips using RT Software’s Tactic Pro tool.

Now they could highlight players, draw arrows and spotlights, measure distances, show formations and zoom in and out, which added greatly to their storytelling.

The software, which was created by a trio of former BBC employees, now also incorporates machine learning and artificial intelligence, meaning players can be followed automatically instead of manually.

Mañas uses the run-up to the Manchester United game - which was his 11th trophy working with Emery - as an example of the detail the pair go into ahead of games.

“We looked at Manchester United and said: 'This is a team with great individual quality, so how are we going to stop that?’ Because United had won most of their games pretty easily in the Europa League, we needed to look to the Premier League instead for our analysis.

“We looked at 17 games in total, trying to take things from here and there and build a good picture. The Fulham game (a 1-1 draw in the Premier League on May 18th) was particularly useful for us, because they play in a similar way to Villarreal in their build-up.

“We are always trying to find weaknesses, especially in an opponent's collective style of play and defensive patterns. Once we have a clear picture of how they play, both with and without the ball, we can divide the pitch by spaces - how they build the game, what they do when they lose the ball, and what we are going to do. 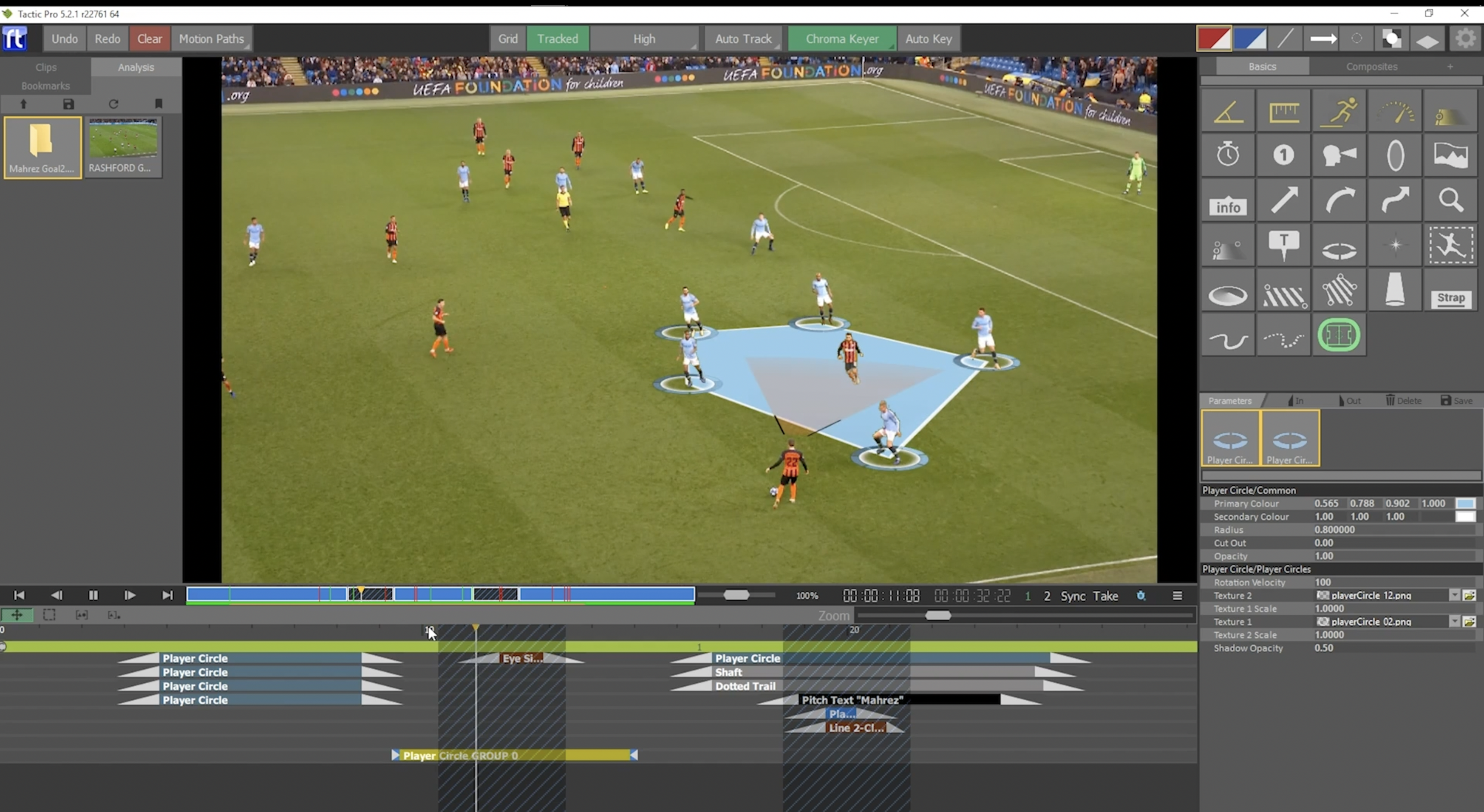 Galo Puerta: "RT Software was founded in 2004 and focused initially on broadcast graphics.

In 2010, Arsenal approached the company, because Arsene Wenger wanted to have a telestrator like they used on television, which we developed for them.

At the end of 2017, we launched a new line of products called Tactic, that works for Windows and Mac and has three levels - Lite, Advanced and Pro.

The sports pro business is now around 40% of what the company does. Around a year ago, we started introducing machine learning and AI in the product, so the following of players is automated.

This Tactic Pro product has been designed with a lot of input from analysts and coaches."

“We could see that when Aaron Wan-Bissaka looked for his opposite full-back there was a certain pattern of play. This is where we use Tactic - to explain to the players the movements they are going to do. It is very important for them to see where the other players are positioned and where there are spaces.

“Then, within the game, there will be situations where we can impose ourselves."

Emery usually delivers his pre-match presentation to the players a couple of days before the game in Villarreal's main meeting room. Before this, Mañas will prepare 70 to 80 video clips that he telestrates using Tactic.

Of these, the manager will select 20 to 30 to incorporate in his presentation. Some clubs, like Maccabi Haifa and FC Cincinnati, draw live with Tactic, using the software’s presentation interface, and their players can draw as well using supplementary iPads.

On the day of the game itself, Villarreal's coaches will often sit down with individual players in the changing room to show them telestrated clips of their direct opponent.

“We prepare some clips for the iPad and they watch these,” Mañas explains. “When we know the opposition line-up, this is the moment to show the players their direct opponent, to show them their principal characteristics.”

During the game, Mañas is in the stand with his team of analysts, live coding the match. This means creating video clips in different categories, with different buttons on the keyboard relating to different types of event in the match.

At half time, the coaches are able to show the players some of these clips, especially of set pieces, but are wary of overloading them with too much information.

“Half time is a delicate moment,” Mañas admits. “Sometimes one of the assistant coaches will pick up a special set piece and show it to the player, but generally we are not big fans of doing things in half time, because we fear it can confuse the players.”

SMALL TOWN WITH A BIG CLUB

Vila-real might be a small town, having a population of only 50,000, but in terms of resources and infrastructure the football club can compete with the big boys.

“The coaching staff size is similar between Villarreal and Arsenal, it’s a big staff,” Mañas says. “It’s a club that invests a lot in resources, software, staff. In spite of being from a small town, we are well invested.”

The club have three dedicated analysts, other than Mañas, but many of the coaches are also able to code and use video analysis. Data is important, but the club are keen that it impacts decision-making, rather than being used for the sake of it.

“We use some basic KPIs like expected goals, but mainly for own team," Mañas explains. "For the opposition, we mainly only do qualitative analysis, so video analysis.”

This is probably one point of difference from Arsenal, who bought StatDNA to become their data science arm.

“In Arsenal they have a set-up and use for data because of the ownership of StatDNA,” says Mañas, who left the club with Emery in November 2019.

“We found the amount of data we received a bit overwhelming, especially when we had to play every three days, so we had to bring this down to the highlights of what was important, otherwise we couldn’t interpret everything that the data said," he adds.

"We used to get a report from Chicago (where StatDNA are based) with all the data. This was filtered by the analysis department at Arsenal and then presented to the coaching staff.

“From that we produced the final version of the reports. We had access to a lot of data through this partnership. We didn't get the raw tracking data, because we didn’t have the capability to handle it, so what we did with StatDNA and the CEO Jaeson (Rosenfeld) was to develop a template of what we needed.

“At the beginning, the template had some metrics we liked but others that were missing, and in the end what we came up with was a very good report. At London Colney we had developers from StatDNA working on site and they were in charge of handling the raw data and handling any requests the staff had to bring them to the templates.”

Their sacking by the club hurt - "it was a difficult time and they are still rebuilding" - and tonight provides another opportunity for Emery and his staff to prove their abilities. As Emery watches on intently from the touchline, sometimes gesticulating and shouting instructions to his players, Mañas will once again be out of sight in the stands acting as his second pair of eyes.