Vern Gambetta: Lessons from the 'Sir Alex Ferguson of performance'

AT the start of our interview, Vern Gambetta warns: “I don’t want to sound like an old man talking about the good old days, when we used to eat dinosaur eggs”.

Only a fool would dismiss the wisdom of a practitioner who has worked with some of the biggest teams and athletes in sport over the course of 45 years.

In the 1980s, he was Director of Conditioning for the Chicago White Sox baseball team, at a time when “you could count the number of strength and conditioning coaches in North American sport on the fingers of one hand”.

When the MLS launched, he became conditioning coach for the Tampa Bay Mutiny and travelled to the 1998 World Cup as part of the USA’s backroom staff.

Monica Seles turned to Gambetta when she was battling to save her tennis career following a devastating on-court stabbing in 1993. Eddie Jones has travelled out to America to attend his annual GAIN conference. And England cricket have used him as a consultant.

Prior to our interview, I asked former Manchester United Head of Performance Tony Strudwick, who now works with Wales and Sheffield Wednesday, for his thoughts about the 72-year-old American. 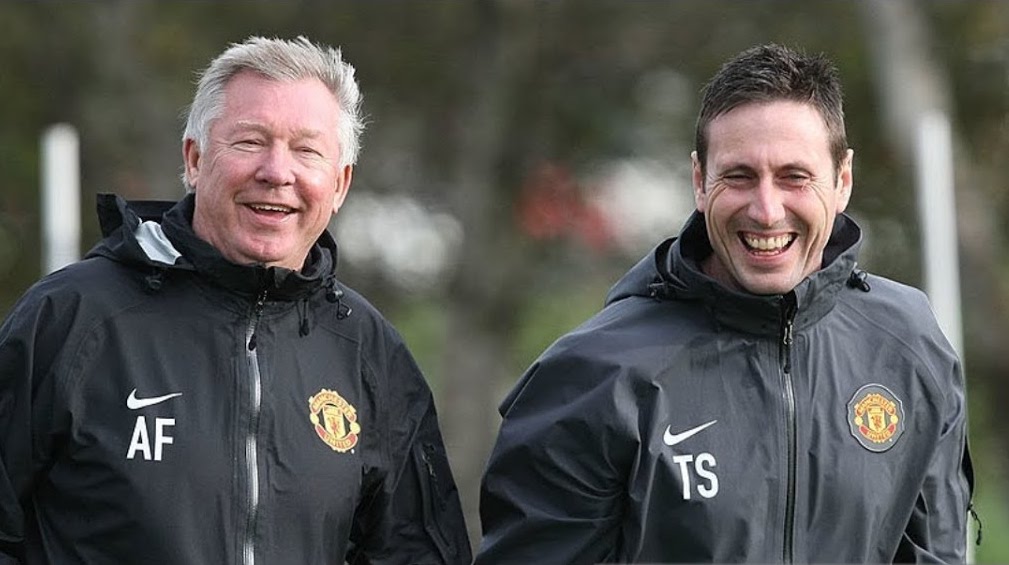 “Vern is the Sir Alex Ferguson of the athletic performance world,” Strudwick told me. “He is an intuitive trailblazer who has led the way to new ideas and methods. And above all that, he is a gentleman who has time for everyone.”

What follow are excerpts from a 90-minute interview, in which Gambetta, sitting in the book-lined office of his home in Sarasota, Florida, gave some lessons from five decades in performance.

Vern Gambetta: One of my mentors is Nort Thornton (pictured), who was the swimming coach for the University of California for more than 30 years. He changed the sport forever with Matt Biondi.

Now and again I’ll still get a random phone call from Nort. "Vern, have you read this article?" He’s 80 now, but is still excited by learning. What bugs me is when I run into a 30-year-old coach and they think they know everything. 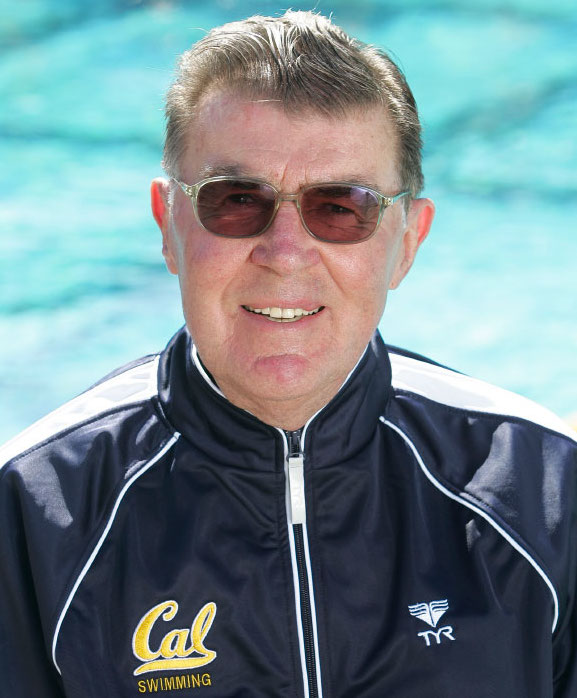 I’ll tell them, "You haven’t made enough mistakes yet. And even when you do, you still won't know everything."

When I was in High School, I had a tremendous basketball coach, who doubled up as our history teacher. Aside from my parents, he probably had the biggest impact on my life growing up, instilling in me what good learning was all about.

I remember when he taught us about the D-Day invasion. There was this moment when it dawned on me - he was actually there. This 5’6” guy was flying over the English Channel as a bomber pilot on June 6th.

He'd told us in such an unassuming way that it barely registered at first. I mention that because it really impacts your teaching, and the learning of your students or athletes, when someone has lived what they’re telling you about.

Now, we are in the era of social media and keyboard coaches. You have it in every sport. You can go online and get a training programme for technical football or fitness from someone who claims to be an expert.

I do have a social media presence, because I moved more into a coach-mentor role in my sixties. And Twitter in particular has been one of the best things I’ve done. I’ve met some wonderful people from all over the world and got research and training information from them.

But a good filter is key. How much has the keyboard coach been out on the grass and how much have they actually coached? Ideally, you would like them to take a real session, and then you’d find out.

You have to walk the walk as well as talk the talk, I’m very adamant about that. You learn by putting in the hard yards on the training field, by making mistakes, by honing your craft, by observing and learning from people who know more than you.

We really do have a much better understanding of the game than when I started in football in 1996. The data part is absolutely fascinating, but you need to have more eyes looking at the data, so you can ask the right questions, and it needs to be synced to video.

Context is key. I remember at the 2014 World Cup, Michael Bradley had covered the most distance at the end of the group stage. He's a great kid, but if you broke his running down, it wasn't always as effective as it could be.

In contrast, I would love to have an isolated camera on Lionel Messi or Steph Curry of the Golden State Warriors. When they move, it’s meaningful. Learning how to distribute your effort is a key part of being a great player.

I’m a historian by training and have been working in sports coaching and performance for a long time now. What you realise is that little is completely new. The key is deciding on the best ideas and methods and adapting them to your own unique philosophy and environment.

I remember when Jurgen Klinsmann became Germany coach (in 2004). People started describing his performance methods, developed with EXOS, as “the American Way”.

But all that stuff was from the German teams in the 1970s and 80s. I went to a coaching conference in Cologne in 1990 and brought some books back, which I still have. A lot of the methods were the same. They also put a high premium on physical conditioning, as did the Italians. EXOS is the best marketing company in sport.

I also love the work of Martin Buchheit, but I think he'll say himself that he didn’t invent HIIT training. He's written a great book about it, but I have a book written in 1974 about interval training. They didn’t call it 'high intensity interval training', but the principles were essentially the same. It’s never just one methodology.

You also hear about grit. But have you ever been around a really good player that didn’t have grit? If you’re going to survive the journey to make it to the top leagues, you have to be one tough son of a gun.

I call it mental strength. It’s that ability to persevere and take information in and do what it takes to make yourself better. 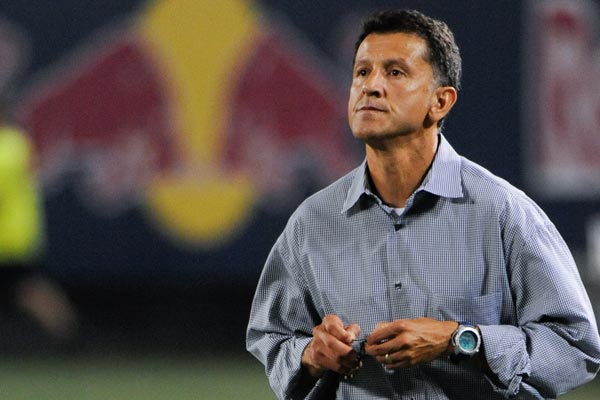 I can tell you stories about Juan Osorio, the former Mexico coach (pictured), who has become a good friend. In 1997, he knocked on the door of a house overlooking Liverpool’s Melwood training ground and said "I'd like to rent a room".

The lady didn't have a room available, but lent him a table so he could look over a high wall onto the training pitches. After a few days they liked him so much they did rent him a room.

It was just big enough for a single bed and he watched Liverpool training sessions out of his bedroom window, copying down all the drills. Now that’s determination. When Juan came back from his first semester at Liverpool John Moores University he had two thick binders of training sessions.

6. Learn from other sports

People ask me, "What’s your specialism?" To which I answer, "I’m a specialist in being a generalist".

I can pull diverse things from other sports, particularly in terms of injury prevention. For example, lot of things with a goalkeeper's stance are similar to a first or third baseman in baseball. Any time you have to change direction rapidly there are certain commonalities.

What did Pep Guardiola do in his year off? He went to New York Knicks games. Once you base your training on principles and movements it transcends the sport and gives you the ability to see the game with different eyes.

I fear we are getting too enamoured with numbers. They are one dimensional, when players are three and maybe even five dimensional.

Becoming too obsessed with GPS and training load can result in players being wrapped in bubble wrap. When you put them out on a Saturday and go 100%, what happens? Injuries are not going down, they are increasing, in all sports. American Football is terrible. Why? Because they don’t prepare for the demands of the game.

I don’t want to go back to the days when I played College Football, when you had three-hour practises, could never take your helmet off, there was one water break and full contact every day. Eddie Jones came to GAIN and said those days are gone.

What GPS has done is exclude not include. It gives you clean numbers, but Nick Lumley said something I really agree with - GPS is a measure of running stress. You have no idea of how many touches a player has had, for example. There is a cost to turning and trapping the ball and stopping it and kicking it, but GPS doesn’t tell you any of that.

I met the company Playermaker yesterday and it's very interesting, because it’s accelerometer and gyroscope and is located on the boots. It gives you the currently unreported stuff that gives players' niggling injuries which lead to more serious injuries.

8. Recovery isn't one size fits all

You have to reach a threshold in training that warrants recovery. Some people call it minimum effective dose. I call it optimum dose.

For youth players to be using external means of recovery is really stifling their development. At 14, 15, you want them to learn their bodies and use the natural anabolic response that the body has.

There is little science to validate some of these means of recovery, but if it makes you feel good then go ahead and use it. It's the placebo effect. If I wait for research, we will never get better.

The research isn’t conclusive about the benefits of foam rolling but, you know what, after a hard practice, if it feels good, then what the hell. The first time I was exposed to cryotherapy was in 2004, when rugby teams were going to train in Poland and sending players into a big refrigerator after a session.

But you have to use everything judiciously. If you over-use anything, your body becomes adapted to it and it no longer has the stimulus to potentially enhance recovery.

I wouldn’t say everyone has to go and sit in a cold bath. If you’re 5% body fat and have to sit and shiver, it’s stress, it’s not a positive response. You also have responders and non-responders. You have to find what you respond to.