How a US company became performance pioneers in European football

The answer is the US performance company EXOS. All these teams – and many, many more besides – have contracted EXOS services and staff.

The firm was set up by President Mark Verstegen in Phoenix, Arizona, in 1999 and now employs more than 4,500 staff across 400 facilities worldwide.

Clients include teams in the NFL and NBA, club and international football teams, the US military and mega companies like Google and Intel.

EXOS’s mission is to “help people reach higher and achieve more” and in elite sport their USP has been cohesion of disciplines and of staff.

Ex-AS Roma Director of Performance Darcy Norman, himself a former EXOS employee, tells TGG: “I think they revolutionised what the performance industry is today. Even 15 years ago, they were giving athletes treatment, training, recovery, nutrition, mindset - all in one building in one integrated system.”

Scan European football and it doesn't take long to find either current or former EXOS staff: Shad Forsythe is Head of Performance at Arsenal, Benny Kugel is Head S&C at FC Koln and Nicklas Dietrich is fitness coach with the German national team and RB Leipzig.

COHESIVE COACHING: How to unite the pillars of performance

Scott Schrimscher has worked with Liverpool and Daniel Sturridge, Masa Sakihana has worked with Germany (as well as Japan and US Soccer) and then there's Norman, who has Bayern Munich, Germany and AS Roma on his impressive CV.

What’s interesting is that none of these practitioners had either worked in, or played, football before joining EXOS. Forsythe says he gave up ‘soccer’ at the age of 12 to “play men’s sports” (a tongue in cheek comment you can see in the video here and at the bottom of the page) and Norman’s passion as a youngster growing up in northern Alberta, Canada, was skiing.

“Jurgen's wife is American and he came over to LA - which he loved, because no-one there knew who he was," Norman remembers. “EXOS had just opened a second facility in LA, where the Galaxy now play, and that’s where Jurgen met Mark Verstegen and Shad Forsythe.

“The stuff Mark was preaching really resonated with Jurgen, so when he took over the German national team, in 2004, he asked him to come in and take over the fitness of the players. That relationship still exists to this day.” 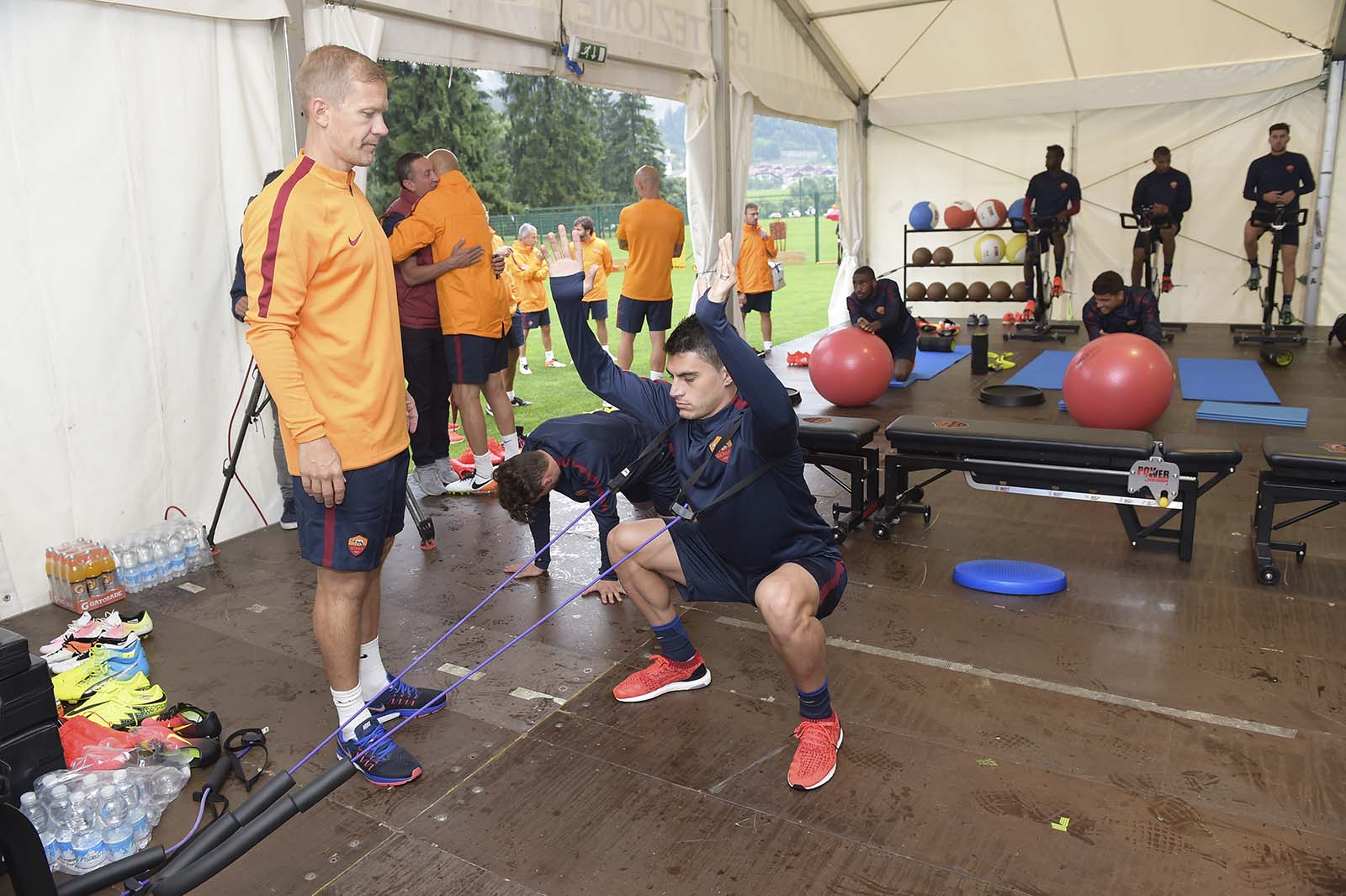 Norman, who first joined EXOS as a physio in 2003, remembers scepticism from the German media about this upstart American company.

“If you bring up press clippings from 2004, they were like, ‘What the hell is going on?' 'We are asking an American company to train our players? And they’re using these women’s aerobic rubber bands and doing non-soccer stuff?’ But they ended up third in the World Cup.

“From that point forward, a flood of European football coaches started showing up in Phoenix to take education courses. That’s how a lot of the party got started.”

Verstegen has long talked about the four pillars of performance - mindset, nutrition, movement and recovery - and Norman says it was this holistic approach that made the company pioneers.

“I think they revolutionised what the performance industry is today,” he says. “Even 15 years ago, they were giving athletes treatment, training, recovery, nutrition and mindset, all in one building in one integrated system.”

Four staff were embedded with Germany at the 2014 tournament: Verstegen, Forsythe, Norman and Kugel.

The quartet had an input into all aspects of performance, including travel arrangements, drawing up menus with a three Michelin starred chef and deciding which player would live in which villa at their Bahia base.

After lifting the World Cup, victorious captain Philipp Lahm said: “From the beginning, EXOS has pushed us to achieve our full potential.”

Dietrich, who began his career as an intern with the firm and is now fitness coach at RB Leipzig, gave a fascinating interview about EXOS's philosophy in January this year. Cohesion, both on and off the pitch, are key.

“Individual athletes usually train for months to a point where they reach their maximum. Footballers have to play again and again.

“Football is a competitive sport, not a training sport. Since we prepare ourselves only briefly and have another game, games are the best exercise.

“A sprinter drives a single ability to its maximum, but footballers need many skills. You have to have endurance, co-ordination, be mentally strong.

“The most important thing [off the pitch] is communication. All departments must come together to form a system and work hand in hand.”