Tournament that gives stars of the future a chance to shine

LAST week an important youth tournament took place in North-East Wales, although you probably won’t have heard about it.

The Under-16s Futures Tournament was organised by Uefa and featured Wales, Belgium, Sweden and Denmark. All of the players who featured were selected because they were late developers.

He told TGG about it but, first of all, explained why it was needed - basically because national youth teams have traditionally been dominated by early maturers.

“This wasn't surprising, because players who mature in advance of their peers possess notable advantages in terms of size and athleticism, resulting in an increased likelihood of being selected. However, the pressure to win can encourage early developers to over-rely on their physical attributes at the expense of their technical, tactical and psychological development and late developers are more likely to be overlooked.

"If you ask any Academy Manager in England, they will tell you that the national youth teams are dominated by early developers."

Belgium, who have a much smaller playing pool than either Brazil and England, became aware of this issue many years ago and began to focus on the late developers instead. One of them was Kevin De Bruyne, who has a June birthday, and who lagged behind his peers physically when he was a youngster.

Luckily, the Belgian Football Association were aware of the issue and had started to make sure they were looking after the talented late developers. De Bruyne didn’t make a national team until the U18s but, as they say, the rest is history.

“They then set up a futures programme and put the assistant manager of the U16s in charge of it. This allowed the late developers to stay in the system and they've seen that this is where a lot of the future talent has come from. They've continued to put a heavy emphasis on that futures programme."

Thibaut Courtois and Dries Mehrtens are other example of late developers who have gone on to have stellar careers for Belgium. The futures matches and tournaments give exposure to international football that the late developers would probably have missed out on otherwise.

Although Sweden, Denmark and Belgium were "confident they were fielding early maturers" last week, because of the research and data they have collected about their players, Wales fielded their U15s team. 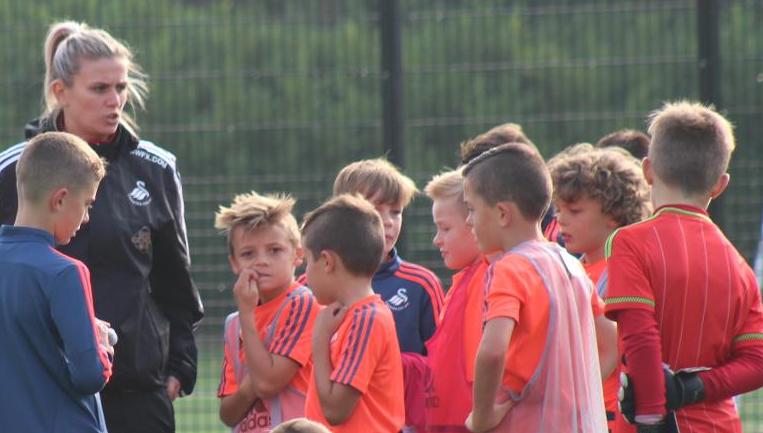 David Adams - Wales Chief of Football, who also attended the tournament last week - added: “We don’t have the talent depth to field a purely late development squad so selected from our knowledge of the players physically and also socially and psychologically.”

Sweden use the Khamis-Roche method and Denmark and Belgium the maturity offset method to select their late developers. We won't go into any more detail on the pros and cons of each method in this article, but you can read more about them here.

This is partly because of England's large talent pool, which perhaps makes maturation less of a pressing issue than it was in Belgium; and also the fact that Premier League Academies hold the physical data on their players, which they are often wary of releasing.

“Screening started in English Academies under (former Premier League Head of Youth) Ged Roddy and (former Head of Elite Performance) James Bunce and there has been a lot of education and also biobanding tournaments," he explained.

“There has been significant investment in this area and the sport science support at the clubs is outstanding. Southampton, Bournemouth, Arsenal and Manchester United are clubs I would pick out as particular leaders. The Premier League Academies are the gold standard, ahead of probably any other sport in the world.”

He hopes that the FA and national teams can now pick up this baton too.