WHEN discussing bio-banding - where players are matched by maturity rather than age - it can sometimes be difficult to separate the myths from the reality. 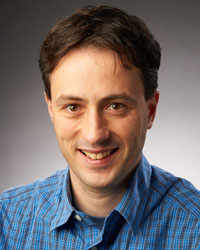 2. No need for bio-banding with age group competitions

Age-group competitions are not without their limitations. The most obvious is that players of the same chronological age can vary by as much as five to six years in terms of their biological age.

Players who mature in advance of their peers possess notable advantages in terms of size and athleticism, resulting in greater success and an increased likelihood of being selected and retained.

The pressure to win can also encourage early developers to over-rely on their physical attributes at the expense of their technical, tactical and psychological development.

In contrast, late developers often struggle to compete against their more physically-developed peers and are more likely to be overlooked. Bio-banding is designed to address some of these limitations. 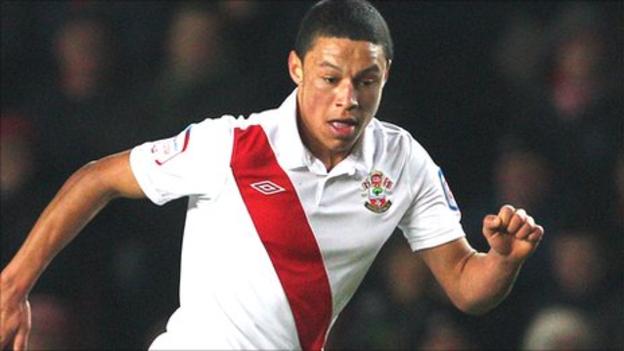 In bio-banded tournaments, early developers can no longer rely on their physical attributes and are forced to adjust their style of play, putting a greater emphasis on technical and tactical development.

Late developers benefit by having more opportunity to use and develop their physical and technical skills, showcasing their true potential andtaking on positions of leadership. Coaches and Academy managers also have much to gain, having the opportunity to observe their players in a different context, which helps them identify previously unseen strengths and weaknesses.

Alex Oxlade-Chamberlain (above) has said he believes bio-banding, at Southampton, saved his career.

No - players are banded by maturation. This is due to the fact that maturation is a stronger and more consistent predictor of selection and performance. Due to genetics, players in bio-banded games will continue to differ in terms of size and athleticism, but these differences are less than you would see in age-group competition. Bio-banding reduces the likelihood of David v Goliath scenarios where small late developers are pitted against opponents who are big and early maturing.

4. It is not backed up by science

The idea of grouping children by maturation was first proposed at the start of the 20th Century in relation to child labour laws. In education, the idea has only had limited support, but in sport there's been more interest. By the middle of the 20th Century, a world-renowned physical anthropologist called Professor Wilton Krogman recommended the grouping of athletes by maturation for competition and talent ID after noting a strong selection bias towards early maturing boys in the Little League World Series.

Professor Robert Malina, a student of Krogman, dedicated much of his professional career to the study of growth and maturation in sport, publishing hundreds of papers on the subject. Not until this Century, however, did scientists actually put this strategy to the test.

5. Smaller players benefit from being the underdog

This is a common argument put forward against bio-banding - that late maturing players actually benefit in the long-term from competing against older or more physically-developed opponents. This is known as the underdog hypothesis: that to offset their physical disadvantages, late developing players have to have superior technical, tactical and psychological skills. Some of the data we have collected in rugby and football has supported this premise.

Bio-banding does not removes this challenge though, because it serves as an adjunct to age group competition, not a replacement. These benefits will only occur if the late developers are retained by the Academy though. Research by Dr Amanda Johnson, the former Academy physio at Manchester United and a leading expert on maturation, showed that late developers were up to 20 times less likely to be represented than their early maturing peers.

Another limitation of the ‘underdog hypothesis’ is that it fails to recognise the plight of the early developers, who often fail to develop their technical, tactical and psychological skills because of insufficient challenge. When the early developers reach adulthood, they can no longer rely on their physical advantages, and deficiencies in these other areas are exposed. By periodically competing in bio-banded competitions, they would have opportunity to experience some of the same challenges faced by the late developers.

It doesn't. This is a well-known phenomenon - namely that players born early in the competitive year are disproportionately well represented in Academies, while players born at the end are under-represented. Older relative age does not mean more advanced maturity. A player could be born early in the competitive year and, due to genetics, be delayed in maturation; and vice versa.

There are actually more likely to be differences in cognitive, motor, and social skills between those born at the start and end of the competitive year, rather than physical differences.

These 'relative-age effects' tend to dissipate in adulthood, anyway - yet the selection bias towards early developers actually increases with age. By the time you reach the under 17s, almost 80% of players are early maturing, while only about 4% are late maturing. This shows that relative age effects and the selection bias towards early maturing players are separate issues. So bio-banding is not a way to solve the relative age effect.

7. It doesn't take account of psychological and technical development

Clubs are encouraged to consider a range of attributes when assigning players to various bands. If a player falls within a specific maturity band but lacks the technical or emotional maturity to thrive, he or she would not be encouraged to play up a level; and if a late developer is already excelling within their age group, there may be limited benefit to them playing down. At the Premier League's most recent tournament, some of the clubs made the conscious decision to exclude players from bands on the basis of these arguments.

8. The keen eye of the scout is enough

Coaches and scouts may recognise the impact of maturation on player performance and selection, but there is no evidence to prove they are able successfully account for these factors. In fact a recent study by David Mann with PSV Eindhoven showed that scouts' evaluations of player potential were heavily skewed by relative age, with the oldest players being consistently ranked as better. Only when players were asked to wear numbered bibs indicating their order of birth were the scouts able to account for this bias. At Bath University, we have just completed an identical study, but with maturation, rather than relative age, and the strategy was equally successful in removing the bias towards the early maturer.