SYDNEY UNITED are a semi-professional side with an elite record for producing goalkeepers.

First there was Mark Bosnich, who came through the youth ranks at the club, then known as Sydney Croatia, in the late 1980s. At the age of 17 he packed his bags for England and went on to play more than 200 Premier League games for Aston Villa, Chelsea and Manchester United.

Soon after Bosnich had departed, Zeljko Kalac came through. Nicknamed ‘The Spider’ because of his massive 6 ft 8 frame, Kalac made his Sydney debut at 16 and also soon left for Europe, playing for Leicester City for a short period and then alongside David Beckham and Ronaldinho for Carlo Ancelotti’s AC Milan.

The goalkeeping production line did stall for a while, mainly because of the creation of the A League in 2004, which relegated Sydney United to the provincial New South Wales National Premier League, where they compete against less glamorous opposition and in front of smaller crowds.

Vitas Males (pictured top left) was determined to continue the club's traditions when he arrived as goalkeeper coach in 2015 though and there have certainly been signs that he's succeeding. 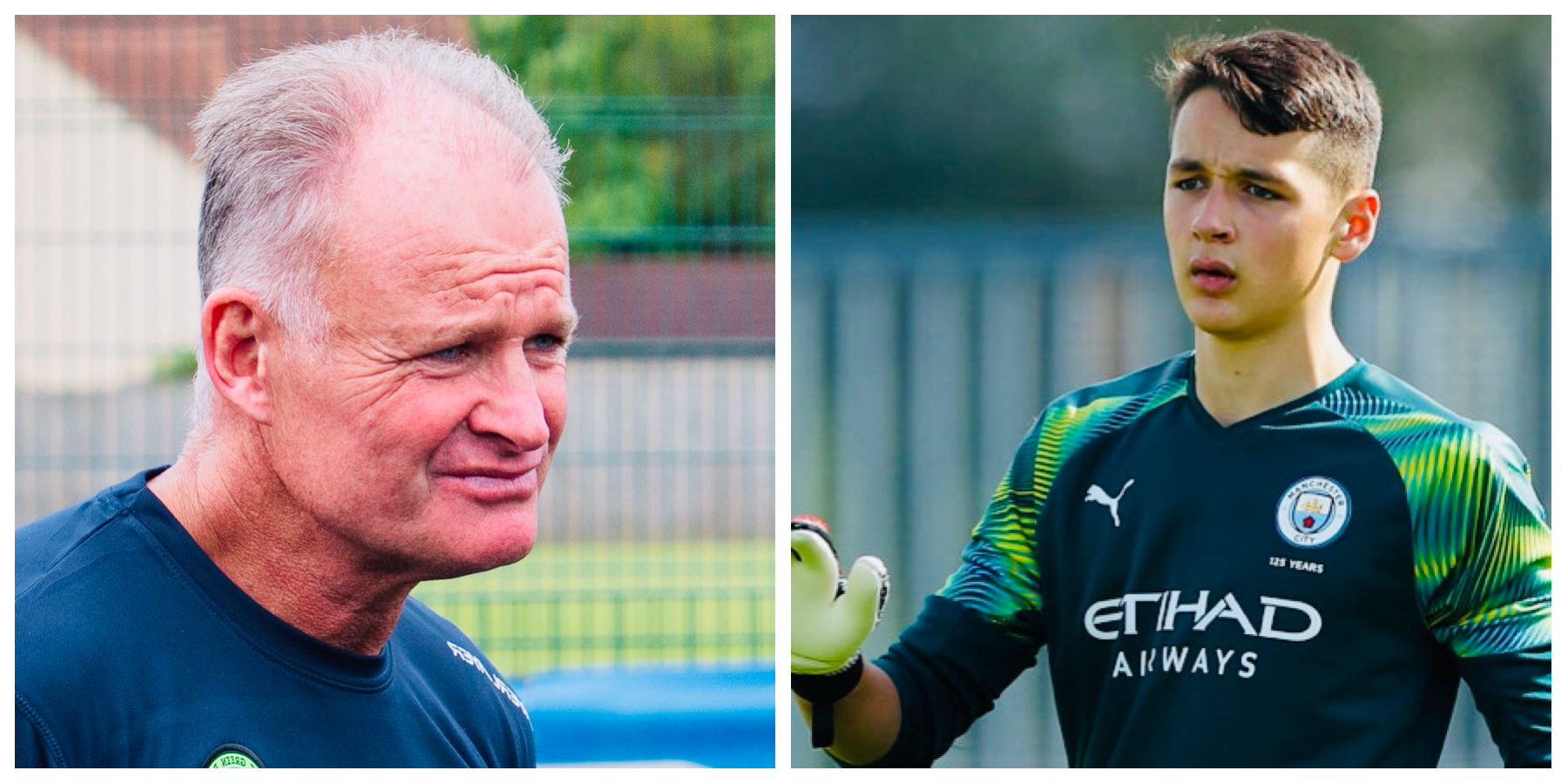 READ MORE: David Coles - The past, present and future of goalkeeping

There are also big hopes for Josip Orlovic, who is only 15 and has already played for Sydney's first team. His 6 ft 3 stature belies his age and has already been on trial with Fulham, who continue to monitor him.

Like the other keepers we've mentioned, Orlovic has Croatian heritage and Sydney United have long been known as Australia's Croatian club. It was formed by immigrants in 1958 and known as Sydney Croatia until 1993, when it was renamed as Sydney United 1958.

Before the creation of the A-League, the team would regularly get crowds of more than 10,000, although the outfit that Males discovered when he arrived in 2015 was struggling for resources. Then manager, Mark Rudan, gave him some sage advice: “Vitas, improvise. Basically you need a ball and a goal, that’s it.”

That’s what the former scout has tried to do ever since. Without the support of nutritionists, psychologists and sports scientists, he's focused on his relationships with the players and their character development.

“The core of what I do is communication, with the key elements of that being empowerment, trust, respect, collaboration and passion,” Males tells TGG.

His is a player-centred approach.

“Before I took the job I observed different goalkeeper coaches and their sessions and I often noticed a disconnect between coach and player.

“This led me to question what was causing that disconnect and the answer was always the same - the coach was not open to other thoughts and ideas. It was all about him and his philosophy.

“He was always right and the goalkeeper had to adjust to what he was saying, regardless of their specific qualities and what they had been taught in the past.

“In my eyes, this creates an environment where a goalkeeper gets moulded into a robot and the football environment becomes a place where they have no desire to be.

“If you don’t have the ability to let go of the ego, to improve, to be open to other ideas, opinions and philosophies, you will have limited success as a coach in my opinion.”

Males grew up in Holland and was a semi-pro goalkeeper himself, for clubs including NEC Nijmegen, RNK Split and Türkiyemspor, before, at the age of 22, deciding he just wasn’t good enough to make it as a pro.

His move to Sydney United came after he had met the club’s owner and Technical Director at an exhibition match in the city and impressed them with his enthusiasm and knowledge.

Now, he looks for “courage, character, self awareness, mental toughness, maturity and leadership skills” in his keepers, which is especially important when the best of them could be destined for European clubs thousands of miles away.

This was something that Huddersfield manager Danny Cowley remarked on in February, after naming Chapman on the bench for a Championship match for the first time.

“He's come over from Australia and left his family at a very, very young age to pursue a football career and I have huge admiration for that," he said. "He's got a real energy and enthusiasm about him.”

Males’ training regime involves yoga, martial arts and meditation, and you can see some of his goalkeeper drills on YouTube. He says he takes a holistic approach to their development and dedicates himself to the players 24/7.

“If these guys have questions or want something extra, I am always available,” he says. "Many goalkeeper coaches end up at a club, receive a salary and do what’s asked for an hour and then go home again.

“That boy sends me a picture of his food, chicken and rice. Is this good? Can I eat this? It is not just about the qualities of a goalkeeper, but also about things off the field.”

Males says he’s been obsessive about goalkeeping for as long as he can remember.

“As a boy, I used to take the train to PSV Eindhoven to watch the goalkeeper sessions of Ronald Waterreus and Patrick Lodewijks. I recorded them with a large old-fashioned camcorder to watch back at home.” 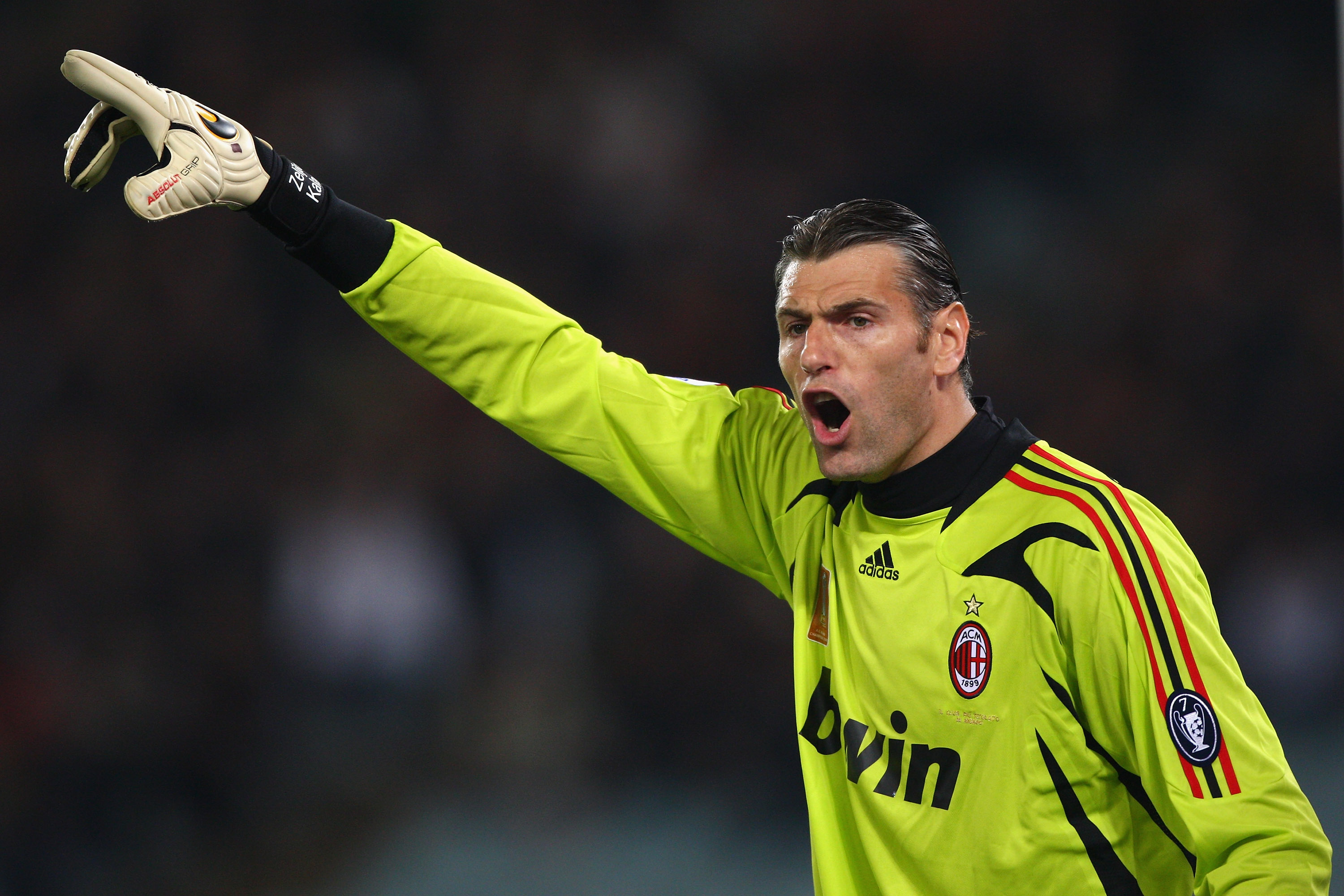 It was fitting that Kalac (pictured above) took charge of the club as manager at the start of this season - a famous goalkeeper as figurehead - but his tenure lasted only a few weeks and now he's tipped for a role at a bigger club, perhaps in China.

Nevertheless, Males says he learned a lot from Kalac.

“He has won the Champions League, played in two World Cups. He played at AC Milan with Beckham and Ronaldinho, worked under Ancelotti - that man has so much experience that you just listen to him.”

His successor was Anthony Crea, who also has experience at the elite end of the game - “he was a conditioning coach for the national side for eight years, including under Guus Hiddink,” Males explains - and the side currently sit third in their league after 11 games.

And what of Males’ own aspirations? After all, he’s built himself a decent reputation by getting the Sydney United goalkeeper conveyor belt going again.

“There are options for me to go to the A-League,” he admits, "but I'm not really keen on it. I just enjoy developing good goalkeepers.”

And what better place to do that than Sydney United, Australia’s goalkeeper factory?