David Coles: The past, present and future of English goalkeeping

DAVID COLES has been a goalkeeper coach for more than two decades, working with the likes of Southampton, Portsmouth, Bristol City and England.

The players he's worked with during that time include David James, Dean Kiely, Asmir Begovic and Rob Green. For the last year, the 56-year-old was England's Under-18s goalkeeper coach, which gave him an inside perspective on the next generation of keepers in this country.

His job with the Football Association ended earlier this month amidst a round of major cost-cutting and he told TGG: “They decided they were going to cut certain members of staff earlier than others. I was one of the last in, so I did expect it to be fair.”

As one of the most experienced goalkeeper coaches in this country, Coles has superb insights into the past, present and future of English goalkeeping, which he shared with us.

David Coles: I’ve worked with some fabulous goalkeepers. At Portsmouth alone, where I worked from 2005 to 2010, there were several. David James was a natural athlete with unbelievable power in terms of his vertical jumping and ability to get around the goal.

One thing they all had in common was that they wanted to be number one. That might sound obvious, but I think that’s sometimes lacking in the modern game. Some keepers are happy to sit as a number two or three.

David came to us when he was 36. The main thing I needed to do as a coach was calm him down and encourage him not to chase the game, but rather to be involved when he needed to be.

And he was really, really reliable for us - very good in the changing room and a good leader. In all, David had four great years at Portsmouth. 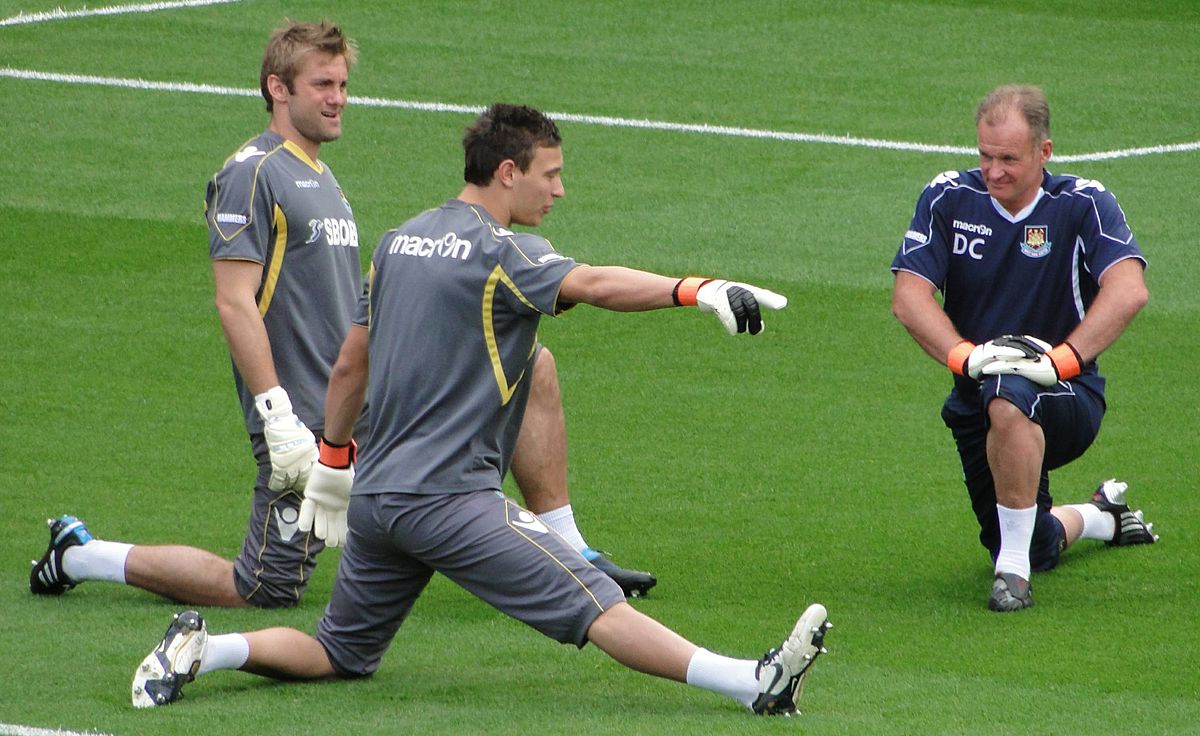 We worked closely with the analysts and I remember they did a very good project for us on how and where David conceded most of his goals. We then tried to recreate that in training.

We showed him the possibilities and probabilities and had quite a bit of success. You might have heard of those two analysts - Michael Edwards and his assistant David Woodfine, because they’ve gone on to have really good careers.

Michael is the Sporting Director at Liverpool and David is with him as Head of Projects and Scouting.

It doesn't surprise me, because they were both excellent when I worked with them. Michael is very private, but he’s got a wicked sense of humour and is a real top guy. I can’t speak highly enough of either of them - you could see how hard they worked.

I remember after we won the FA Cup in 2008, they put together a video of all the great memories we'd had together in the tournament.

The senior players, like Sol Campbell and Sylvain Distin, would go to Michael and David for help in analysing individual and team stuff. Jermain Defoe would look at defenders and how they shaped up. It was a room of information and they made the department fun, which isn't always the case with analysis.

Sam Stanton, the Head of Analysis at Bristol City, is also very good and in my opinion he has a big future in the game. He did some great stuff for me when I was at the club.

People might describe coaches like myself, Eric Steele (former Manchester United goalkeeper coach) and Simon Smith (Head Goalkeeping Coach for Newcastle United) as 'old school' because of our ages, but I'd like to think we take new developments on board and adapt.

I played from the late 1970s through to 1997 and things have undoubtedly changed a lot in terms of goalkeeping. Now the keeper is considered the 11th man and has to be as good with his feet as with his hands.

But ultimately they're still judged on whether they can keep the ball out of the net and keepers who make mistakes get dropped. 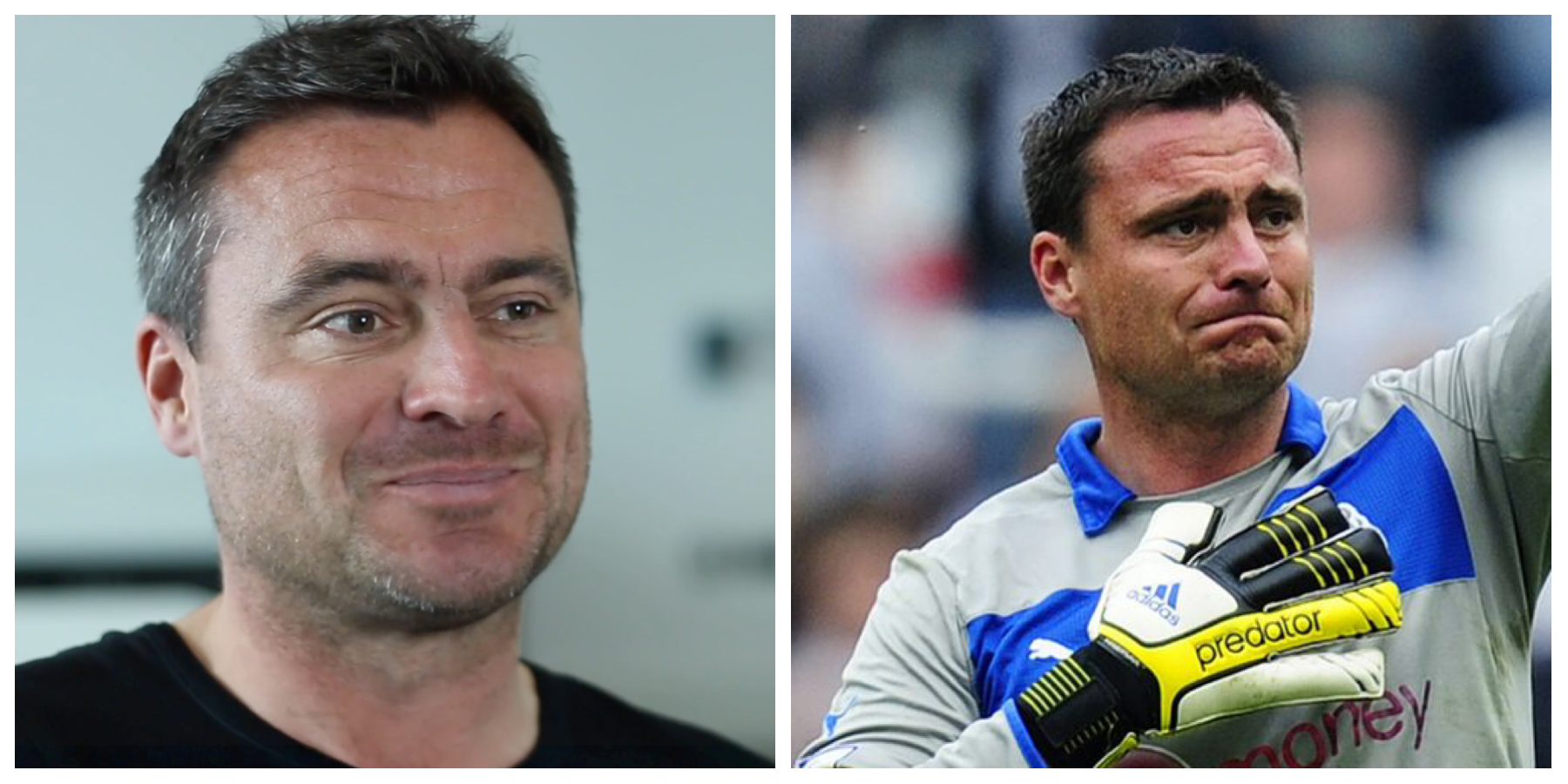 READ MORE: Steve Harper - The DNA of a modern keeper

Staffs have definitely got a lot bigger. When I went on camps with England U18s, there was the head coach, in-possession coach, out-of possession coach, goalkeeper coach, doctor, two physios, a psychologist, kit man, education guy and a liaison person.

There was also an analyst who would go with you to film and clip the games so you could review them.

But the wheel hasn’t been completely reinvented. For example, psychology has always been there for a keeper. Dean Kiely had his own psychologist when he came to Portsmouth, who would liaise with us.

David James had his own, too, called Keith Power. He also had a fitness coach, John Green, who I would liaise with. We also had a holistic approach. We’d use different size balls. At Al Jazira, Bristol City and Portsmouth I introduced boxing programmes, which were good for hand-eye co-ordination, footwork, balance and tempo.

We did swimming programmes in pre-season and I can remember David saying it was the only time he’d sweated in a swimming pool.

The England DNA for a goalkeeper is defined in terms of in-possession and out-of-possession.

They work in six areas. For in possession, it’s the build phase, create and finishing. For out of possession, it’s high block, mid block and low block. Every camp focuses on that DNA, from seniors down to U16s.

Out of possession, the keeper has to be quite high up the pitch, a sweeper keeper. They have to deal with the space behind the back four and defend the goal. 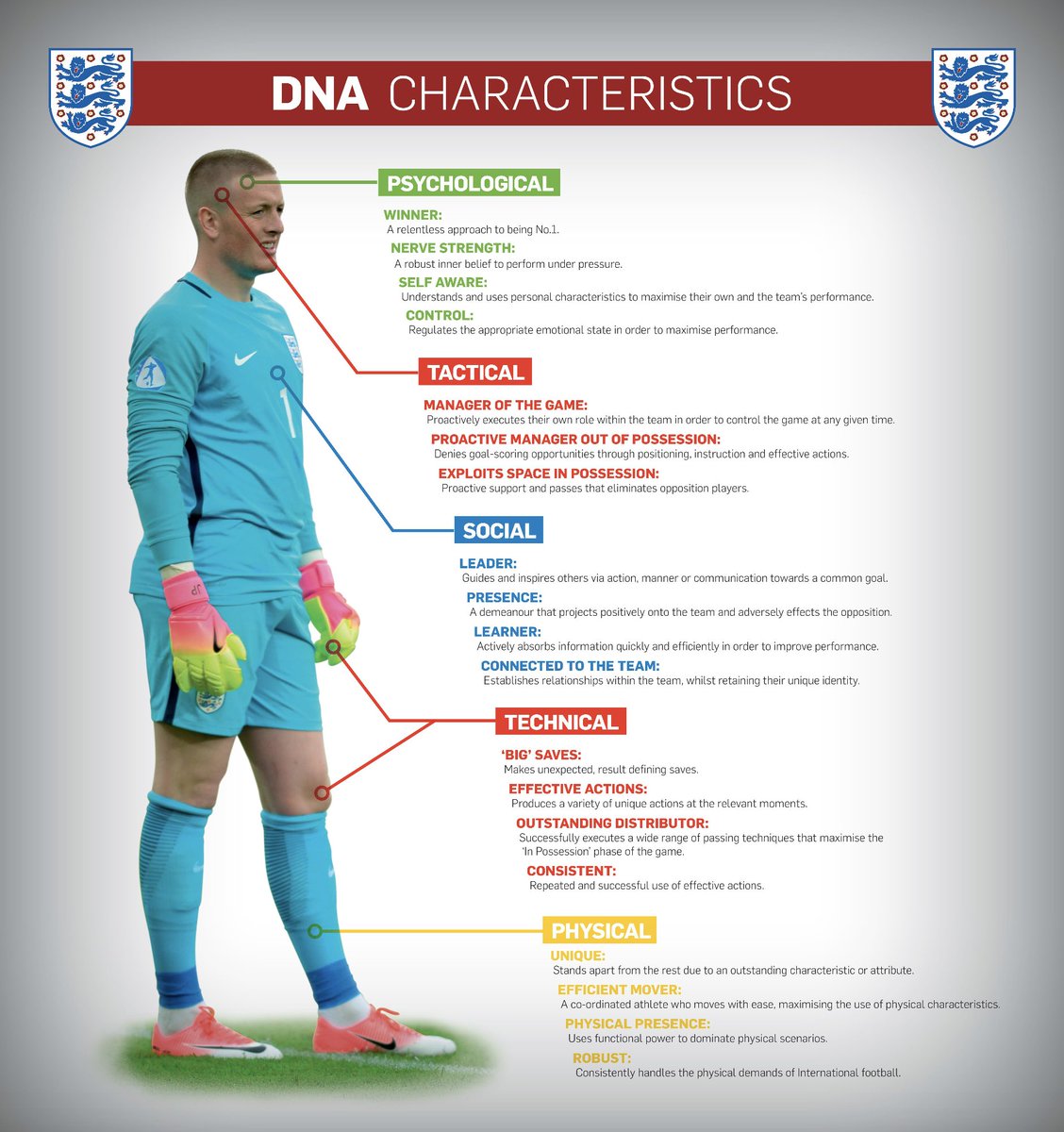 England want their keepers to have a high starting position, so they can deal with the space and also be able to receive and play out. Consideration of supporting angles and distances are very important.

In possession, the keeper needs to be brave on the ball and able to hit a wide range of passes - with good execution and a variety of speeds and trajectories.

There will never be a complete goalkeeper though. I’ve seen Edersen cost Manchester City a goal now and again, even though he's one of the best in the world. The key thing is that he has a strong mentality and can bounce back straight away.

That comes down to a self-belief bubble.

I like the idea of the black box in the back of your head - you put a mistake in there, deal with it, lock it and then throw it away.

The pressure on players is greater now than ever, because you’ve got armchair critics on social media and ex-players who have never played in goal but still like to have an opinion. I’d always rather hear the criticism from a goalkeeping specialist, because they know what it’s like to make a particular save, or to deal with a back pass.

You hear a lot of cliches, about never being beaten at your near post or about which hand you should go with. But whether it’s unorthodox or not, it’s about stopping the ball going in the net and doing what works for you.

Antti Niemi would always go top hand, because he wasn’t the biggest and felt he could generate more power by going off the nearest foot to the ball. That was a strength of his. David De Gea uses his feet a lot, which gets used against him if the ball goes through him.

I’ve only ever wanted to play in goal and coach goalkeepers though. If an outfield player was criticising a keeper then I’d say: ‘Why don’t you try it?’ Some actually aren’t bad.

Matt Le Tissier was quite good. He’d make a few saves, but then there would be a few blunders and a few 50-50s where he wouldn’t quite fancy it.

With my age group, the main three keepers were Nathan Broome at Stoke, and James Trafford and Louie Moulden, who are both at Manchester City.

We also looked at Oliver Bosworth from Leicester, Arsenal's Hubert Gracyk - who has Polish ascendancy and an English passport - and Bradley Young, who’s at Hartlepool on loan from Chelsea. Ross Turnbull is the goalkeeper coach up at Hartlepool and I was lucky enough to go and watch Bradley train and play with him.

With the goalkeepers England are trying to produce, they like the traits of being good in possession, as I’ve already outlined, and all of those keepers have these attributes.

That’s how Gareth Southgate wants to play, in terms of being higher up the pitch, and he wants to filter that through the entire England system.

The keepers at Manchester City do a lot of work with the ball at their feet, so it's no surprise to see them well represented in the age group teams. They’ve got one of the best in the world at it in Edersen.

That’s preached quite often - a wide range of passing and being able to play through, around, onto and beyond. But if you make 50 wonderful passes in a game but still lose 8-0 every week, there’s something wrong with the goalkeeping.