Should more teams shop in the J-League after Celtic’s success?

“Is this a wind-up? Where do they come up with these people?”

The former Ipswich Town, Manchester United and Scotland striker - himself a former Celtic youth product - wasn't alone, either. Many questioned Postecoglou’s credentials for one of the biggest jobs in British football.

Other than a nine-month spell in charge of Greek third-division side Panachaiki in 2009, the Greek-Australian had never managed in Europe before. Yes, he’d led Yokohama Marinos to their first J-League title in 15 years in his most recent role, but the implication from the naysayers was clear: we don’t rate this achievement.

Maybe Celtic were uncertain too, because they only gave Postecoglou - at best their second choice for the manager's job - a 12-month rolling contract.

Fast forward eight months and any doubts have evaporated. Celtic are top of the SPL, having amassed 54 points from a possible 60 since their last league defeat, a 1-0 reverse at Livingstone on September 19th.

They're a dynamic and well-drilled side and Postecoglou has proven himself a charismatic and thoughtful leader. What's more, Japanese players have been key to the club's renaissance. 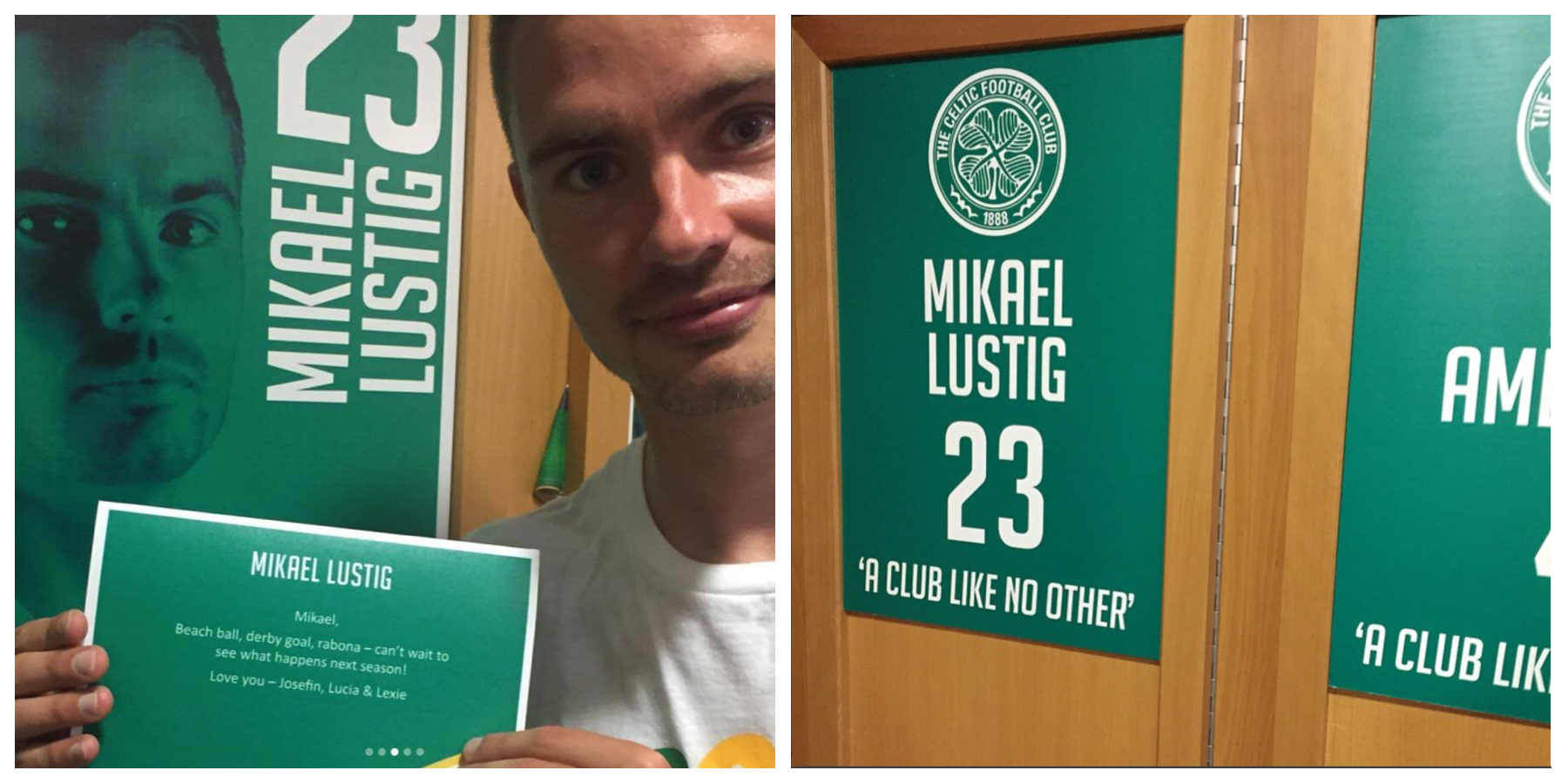 READ MORE: How Rodgers made Cup final a family affair for Celtic

Kyogo Furuhashi, a £4.6m signing from Vissel Kobe in July 2021, tops the SPL for goals per 90 (eight in 14 games at a ratio of 0.76), while Neo Hatate, one of three Japanese players brought in during the January transfer window, was man-of-the-match in a 3-0 win over rivals Rangers at a raucous Parkhead at the start of February.

So is it time to give the J-League more respect - and for more British teams to scout and recruit there?

POSTECOGLOU’S INSIDE KNOWLEDGE ABOUT JAPAN

In a special ebook about the J-League, published at the end of 2020, Hudl reported that more than 30 Japanese players were registered to pro clubs in the European leagues. Celtic are the only pro club in Scotland to have Japanese players and only two do in England - Arsenal, with Takehiro Tomiyasu, and Liverpool, with Takumi Minamino.

Unlike Arsenal and Liverpool, Celtic signed their quartet direct from the J-League. In January, attacker Daizen Maeda arrived from Yokohama Marinos, attacking midfielder Hatate from Kawasaki Frontale and holding midfielder Yosuke Ideguchi from Gamba Osaka, joining forward Furuhashi, who had been signed in July 2021.

The combined fee for the January trio was a reported £3.5m, which seemed astonishing when Hatate, 24, scored twice in the Old Firm game earlier this month, despite having only been with the club for a matter of weeks.

High Performance Insights with Ange Postecoglou from Hudl on Vimeo.

Postecoglou’s knowledge of the J-League was, of course, key in Celtic signing the quartet.

“The reason I went down that road is, one, I have great knowledge of that market because that is where I have worked, and two, it is ideal for the January market because their season finishes in December," the 56-year-old explained.

“I have brought in four quality players, players who I think can add to what I am doing here. You have just got to get to know these guys.”

He had managed Maeda at Yokohama and seen the other three at close quarters during matches against their sides. The important thing, he explained, was knowing exactly how he wanted his team to play, what attributes he needed from his players and then recruiting accordingly.

This might sound simple, but you'd be surprised at how many clubs still don't do it.

“The players I have brought in have hit the ground running," Postecoglou said. "People ask, ‘Why so quickly?’ It is because I already know they have the attributes I am looking for and the rest is just understanding the gameplan.

“A key one was Kyogo Furuhashi, who I knew from Japan. My team played against his and I watched him close up. I knew he had the ingredients to be a success here. As an individual player but also because of the talent he had fitting into the team.”

Aside from technical, tactical and physical attributes, there was also the issue of cultural fit and whether Japanese players could adapt successfully to their new country and language. Again, this was not a major concern for Postecoglou.

“They can speak Japanese, but if they were only interested in continuing to speak Japanese they would have stayed in Japan," the manager said. "They don’t need home comforts and if they did they would struggle wherever they went.”

One major factor mitigating against recruitment from the J-League is the difficulty of obtaining a work permit for these players under the new Governing Body Endorsement (GBE) scheme introduced in January 2021 following the UK's exit from the European Union.

The J-League is classified as a Band 6 league under the regulations, meaning that players earn only two points automatically towards the 15 required to pass the GBE threshold. As Andy Watson explained in this excellent article for Analytics FC, the Scottish FA seems to be interpreting appeals to the exceptions panel in a different way to its English counterpart, potentially making it easier for players from the J-League to enter.

This is a big reason why we've seen Japanese players signing for Premier League clubs from European sides, rather than direct from the J-League.

PLAYING CHARACTERISTICS OF THE J-LEAGUE AND YOKOHAMA

Of course, not everyone has Postecoglou’s inside knowledge of the J-League. This is why Hudl analysed data from the competition for the four seasons to the end of 2019 and compared it with other leagues around the world.

The picture that emerged was of league where there are lower levels of possession, lower chances created (xG) and higher PPDA than in other countries (see below).

Average possession for top three teams in sample competitions between 2016 & 2019.

Average PPDA = Opponent passes per defensive action in the opponent’s final 60% of the pitch. This is taken as an indicator of a team’s ability to win the ball back quickly.

However, Postecoglou’s Yokohama were outliers during the sample period, because they were a high-possession, high-pressing and hard-running side.

They topped the J-League for average possession per 90 (65%), total passes, shots and goals (below), and were also top for average number of team sprints, distance covered and number of goals conceded (an average of 1.1 per game). They also scored the highest number of goals resulting from pressing (13).

These were all key metrics for Postecoglou's playing style and, as we've outlined above, ones he has successfully transferred to Celtic.

In a webinar with Hudl in April 2020, the manager explained these playing principles in more details.

“For us it wasn’t just, 'We want to have the ball' - we want to be really strong in our pressing in the front third," he told Hudl's Ed Sulley. "I want my goalkeeper and back four to be really brave in the way they play out.

"The flip side of that is I want our strikers to work hard defensively. If you can sprint and have purpose in winning the ball in the front third it’s going to create opportunities for you. We want to be really aggressive.

"To play our kind of football you need to work hard and play at a certain tempo and speed. We train our players to play at this tempo all the time. If we’re hitting these parameters we can play our football. I’d like to think I’m pretty clear in my messaging about how we want to train and play."

These playing principles aligned well with those of City Football Group - who had bought a minority shareholding in Yokohama in 2014 - as a whole.

FUTURE OF THE J-LEAGUE

You have to remember that the J-League is playing catch-up with European competitions, because it only went fully-professional in 1992. Furthermore, relatively few professional playing contracts are handed out each year and it's difficult for young players to get opportunities.

There are no reserve or B teams, with only a small handful of clubs having Under-23 sides that play in the J3 League. The University system partly fills the void, in much the same way that we see in the United States. Hatate, for example, played for Juntendo University and then the combined Japanese Universities team.

Postecoglou said he preferred to use younger players, if he could.

"Experienced players tend to know the pitfalls of football, of life, if something goes wrong," he told Hudl. "So to convince them to do something a bit risky may take a little bit more time, whereas a young player, they tend to be sponges and don't know the pitfalls, so they might be a bit braver in doing it."

There has been a recent policy of signing big-name foreign players at the ends of their careers, like Vissel Kobe trio Andres Iniesta (2018-), David Villa (2019/20) and Lukas Podolski (2017 to 2020), driven by broadcaster DAZN, although the most successful imports have sometimes been less glamorous, like Edigar Junio and Erik Lima, who both played for Yokohama Marinos in 2019/20.

In 2005, the Japan Football Association Declaration laid out a vision to "create world-class national teams to move, inspire and encourage the people of Japan," with an ambitious pledge to win the World Cup by 2050.

Selling players to major leagues overseas is a part of that vision - and Celtic's recent success could accelerate the process.