How Brendan Rodgers made Cup final a family affair

BRENDAN RODGERS inspired his Celtic players before the Scottish Cup final with messages from their loved ones and personalised lockers.

Each locker in the Hampden Park dressing room was adorned with a player’s picture, squad number and the motto ‘A Club Like No Other’. Beneath lay an envelope containing a message of support from family members.

Swedish midfielder Mikael Lustig posted his message on Instagram. It was from his wife Josefin and daughters Lucia and Lexie and read: “Mikael, Beach ball, derby goal, rabona – can’t wait to see what happens next season. Love you.”

The ploy worked, with the Hoops beating Aberdeen 2-1 in stoppage time to seal the Treble and end the season without a single defeat. Many of Rodgers' motivational tactics have been revealed in the book ‘Invincible: Brendan Rodgers’ Historic First Season at Celtic’ by SunSport journalist David Friel. 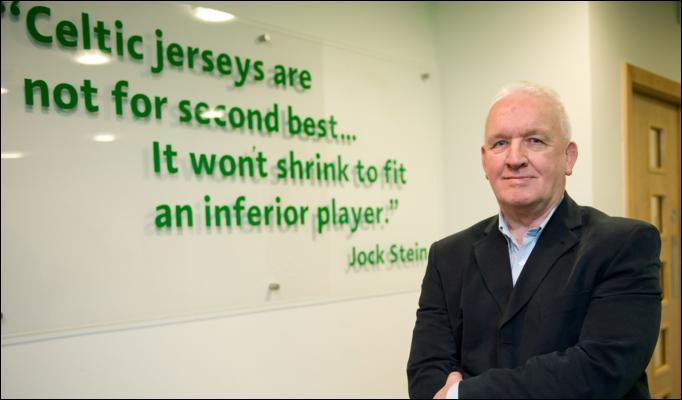 For example, when the players gathered for a team meeting on the eve of the Scottish Cup final on May 27th, Rodgers played the family messages on a projector during a team meeting.

And the former Liverpool manager has been eager to make his players aware of the club’s rich history.

Shortly before kick-off in November's League Cup final against Aberdeen, he spoke about Celtic’s past and told the players they could follow in the footsteps of legends by winning the club’s 100th major trophy.

When they returned to Celtic Park with the trophy there were huge neon letters bearing ‘CFC’ and ‘100’ at the entrance to the stadium. Reminders of the club’s illustrious past also adorn the interior of the stadium. In the tunnel at Celtic Park, a famous quote from Jock Stein is on the wall for all to see: “Celtic jerseys are not for second best… It won’t shrink to fit an inferior player.”