Sam Green: How LA Galaxy are using video to revive their fortunes

LA GALAXY are on a rebuild mission after a difficult period in their history and video is a major part of their strategy.

Key to this is a young Englishman called Sam Green, formerly of Rochdale, Barnsley and West Brom, who is now the Galaxy’s Assistant Coach and Director of Video Analysis.

The franchise may be one of the most successful and famous in MLS history, but in recent years they've hit on hard times. The last of their four MLS Cup wins came in 2014 and an unwanted title was added in 2017 - the MLS Wooden Spoon.

There's also been a big turnover of both staff and players and Head Coach Greg Vanney has attempted to bring some stability since arriving at the West Coast franchise in January 2021. One of the seven staff he brought with him was Green, with whom he'd worked for 20 months at Toronto FC.

“It’s been a rebuild - starting again and trying to create sustainable success," the Englishman told TGG. "It had been a challenging period before we arrived and they had gone through a lot of staff.

“We want to build a structure and model that’s sustainable, where we produce Academy players who move through our second team into the first team. Obviously the first team is the priority, in terms of getting results, but the bigger picture is to try and build out every department from the top down. 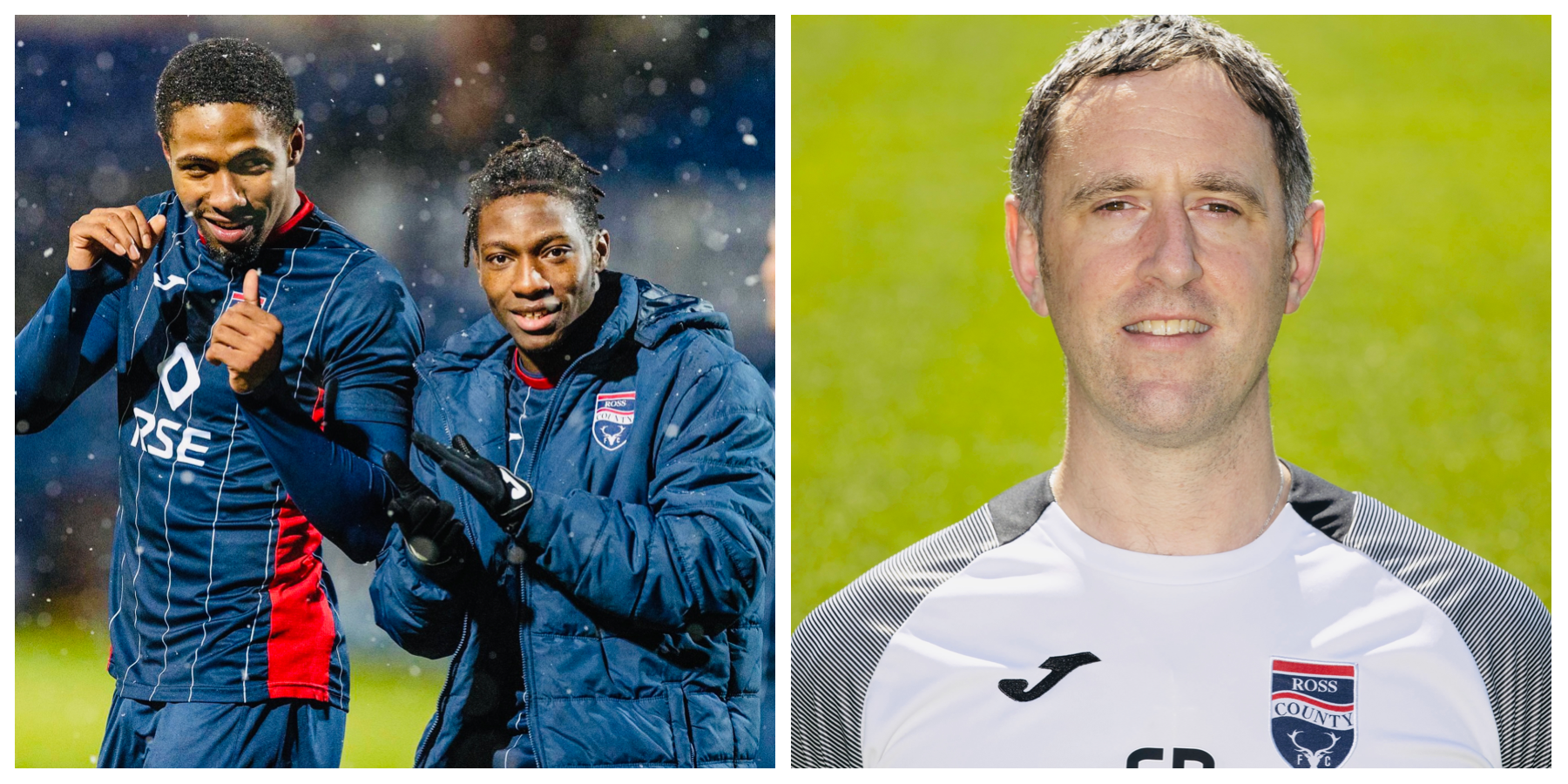 “I don’t think Galaxy have had something sustainable for a long time.”

The team missed out on the play-offs by goal difference last season and are well placed again this term. Last weekend they scored five goals for the first time since 2016 with a thumping 5-2 win over the Vancouver Whitecaps (August 14th).

Green described his role as akin to that of the Head of Analysis in the UK and explained that video is integral to almost everything the club do, from training to opposition analysis; from matchday to individual development; from recruitment to club DNA.

Any video has to be compelling and high-impact, which is where telestration (drawing on video) comes in. For this, Galaxy use Tactic Pro by RT Software.

“Telestration helps you to draw graphics and players are accustomed to it now - not only because of their own football backgrounds but because of the media they consume too,” Green explained.

“A lot of our first-team players have come through a College or Academy environment, where they have access to video, whether that’s viewing it on their phones, in team meetings or in individual meetings.

“I like Tactic because they have player detection, which is automatic tracking of players where you can put a circle on a player and just let it run, so you don’t have to move it frame by frame. You can also preset, so we can pre-save our Galaxy text boxes, for example, and just drop them in from a menu."

VIDEO ANALYSIS OF TRAINING AND MATCHES

Video analysis has become second nature for players and staff during the weekly cycle of training and matches at Galaxy.

“I film training every day with a drone, so I can be out on the grass rather than managing a hi-pod,” Green said. “We’re trying to work towards live analysis at training too, which could potentially involve a big screen.

“We use a lot of the video footage for analysis after training. We have a touch screen in the video room at the training ground, so the Head Coach can draw. That works well. The level of detail Greg goes into is above and beyond anything I’ve seen before. 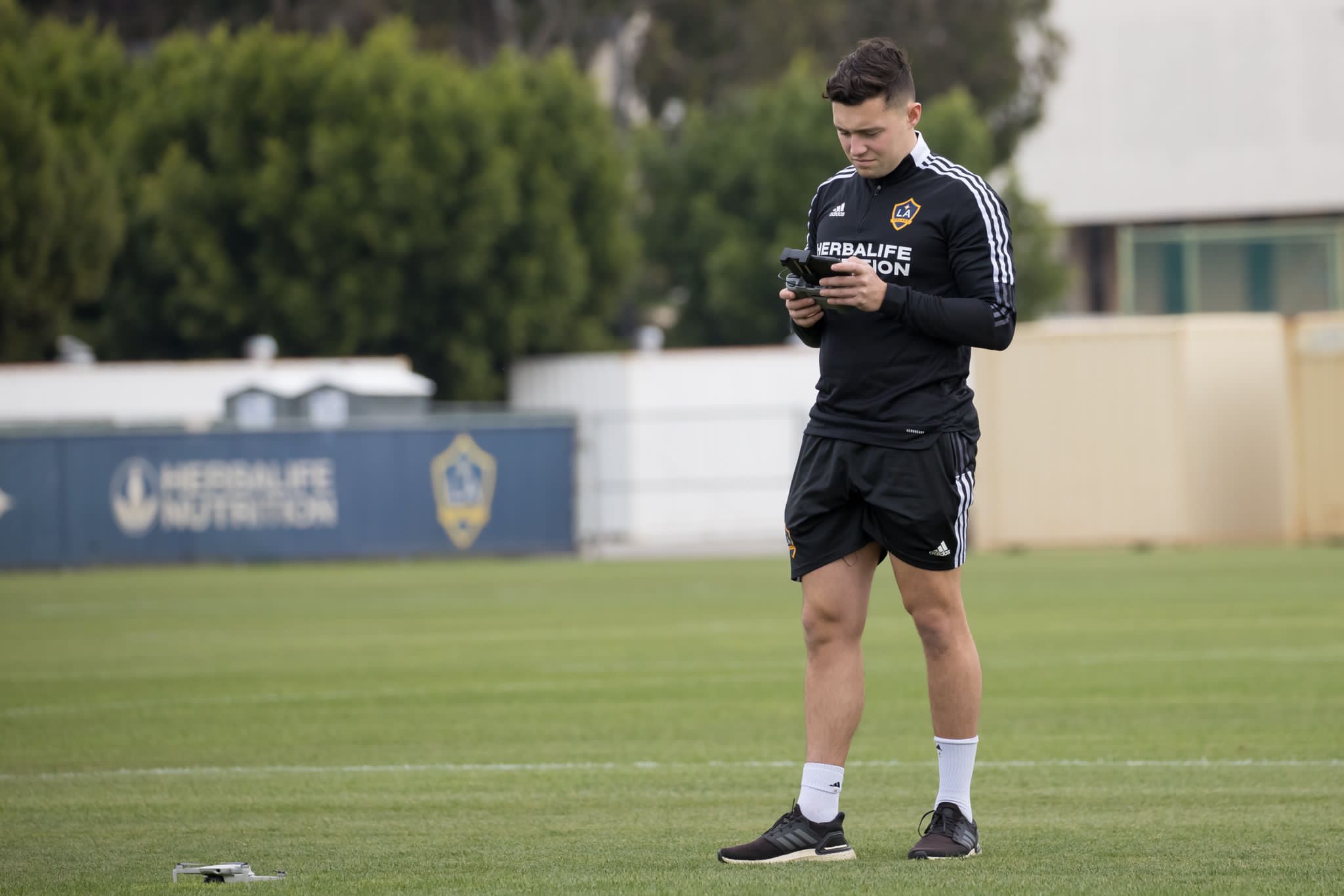 "And on a tactical 11 v 11 day we’ll use training footage, showing the players clips to reinforce what we’ve been doing during the week."

“We will always do an opposition meeting and keep it to seven, eight minutes," Green explained. "This will focus on the opposition's strengths and weaknesses and this is traditionally what we use Tactic for.

“I’ll make a 20, 25-minute organiser from the two opposition games I’ve watched, as well as one that a coach will have watched. I’m fortunate that our coaches are very good tech wise, because for me to do everything would be impossible. A coach will watch an opposition game so I don’t have to watch three.

“I'll pull all that together into themes, trim it down to seven or eight minutes, distribute it to the coaches and then telestrate it for the players. One of the coaches will usually deliver the opposition meeting and they can draw on the screen using Tactic.

“Telestration helps meetings flow and we won’t pause the footage unless we really need the players to take a particular point on board. We sometimes put telestrated videos on loop on screens in the changing room too, or around the facility, to really reinforce a point from training or something they’ve done well against a previous team.”

“I combine everyone’s clips and thoughts, get it down to a similar time and telestrate. We can let it run and we have the touchscreen if there’s anything additional the Head Coach wants to show.”

Vanney, who won the MLS Cup with Toronto in 2017, is eager to give Academy players an opportunity in the senior set-up at Galaxy.

"Part of the rebuild was the Academy structure, because there wasn’t really a lot in place to begin with,” Green said. "Greg is invested in that and in our department, trying to build out from the top down.”

Galaxy also have a second team, led by Yoann Damet, which acts as a bridge between Academy and seniors. Damet has a dedicated analyst and there are plans for an Academy analyst and assistant too.

Individual development is increasingly important as, inevitably, young players are not the finished article when they are first promoted to the first team.

"If players need to improve x y z they have a development plan and that will be worked on, with the use of video," Green said. "Players are open to it because they’ve always been exposed to it in the youth programme.

“After each game they will get their own individual clips which they can watch via their phones or tablets.”

Another important project is in defining and demonstrating the club's style of play and identity using video. Green and his team are building position profiles, using telestrated clips.

“We're building out these position profiles - so what we want our central midfielders to look like and so on. We can then use these for recruitment, for coaching, in the Academy and for teaching," Green said. 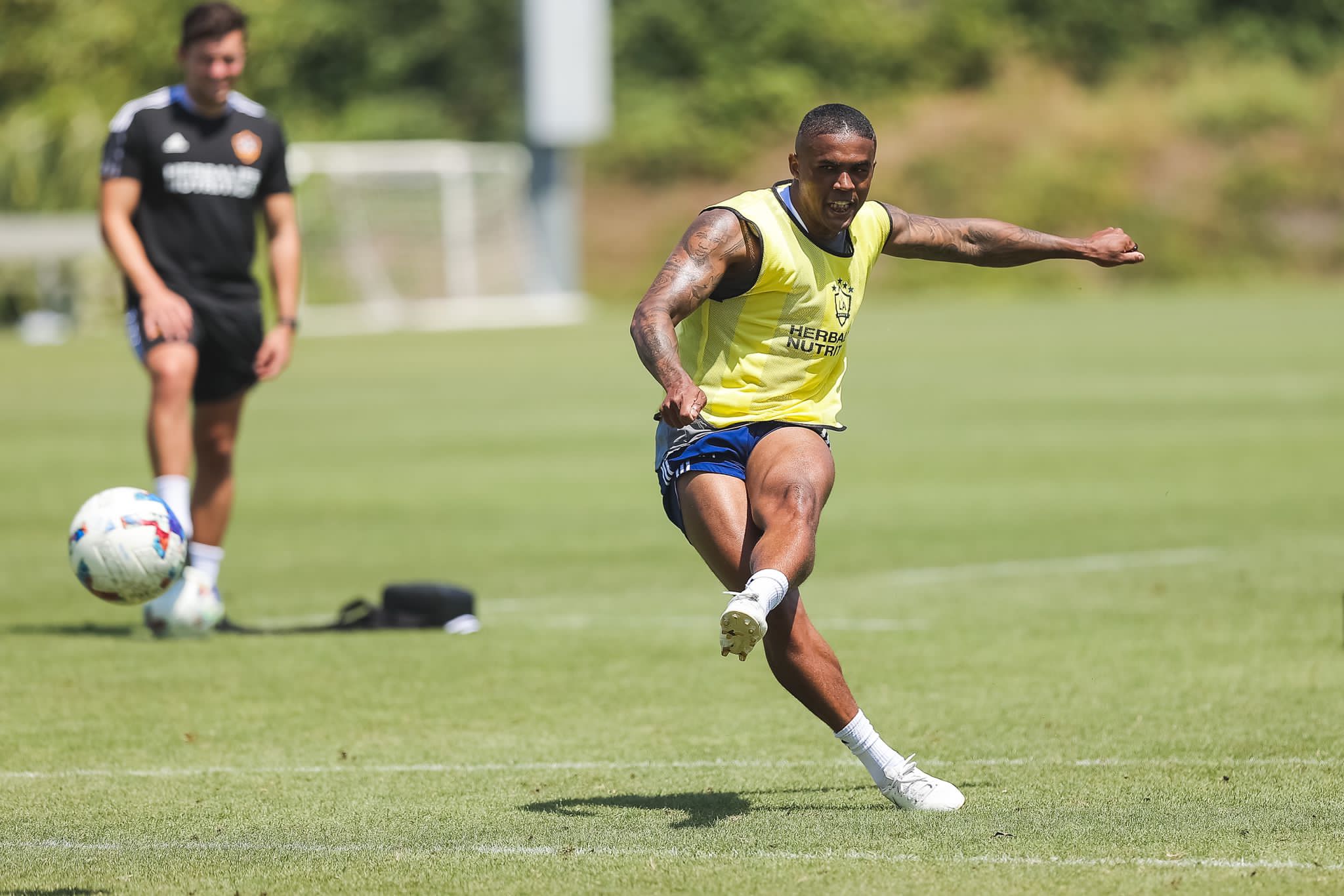 Brazil international Douglas Costa (training with Green watching on) is one of Galaxy's star players. He previously played for Bayern Munich and Juventus,

"If we have a meeting with an Under-14 player we want to be able to tap into a library that show them the eight things we want in their position or role. This might be a first-team player from Galaxy or an elite example from another team in the world. We want this to then feed into their Individual Development Plans for the work we are going to do on the training field.

“We will telestrate these videos so that the principal comes up and it shows a scenario - 'this is the space we’re looking for’. We won’t deliver them as such; the intention is for everything to be in the videos, so they're self explanatory and can be used in the Academy for learning and development."

"North American sport has traditionally been big on the analytics model and analysts straddle video and data,” Green said.

At Toronto he worked with respected Head of Analytics Devin Pleuler, who worked across every department. Galaxy are aiming to make data as fundamental to their operation.

"As part of the rebuild here at Galaxy I think we will get to that and we are making strides towards it," Green said. "In the MLS we have access to tracking data from Second Spectrum and can take that and create any metrics we want, so it could be space creation between lines, runs behind the back line, non-chosen passes into a certain space.

"We’re trying to merge these metrics with traditional event data and are feeding everything into Power BI to have interactive dashboards. We can watch examples in video, as well as accessing the data and dashboards, and compare our performance to that of other teams."

This blend of data and video can be used for a wide variety of purposes - individual development, analysis of their performance, opposition analysis, set-piece work, recruitment and building the position profiles.

All of this seems a fair distance - both geographically and in terms of sophistication - from where Green's career started. After graduating he was an Academy Analyst at Rochdale, Barnsley, Chelsea and then West Brom's Academy, where he learned a lot.

"When I came in at West Brom I worked with the 9s to 16s with Mike Scott, who is now at Wolves,” he said. “A lot of the staff who were there have gone on to do good things.

“Mark Harrison was our Academy Manager and is now at Aston Villa. He never demanded things, but there was a culture of people going above and beyond in their work. We were stretched in terms of resources but maximised what we had and there are still a lot of first-team players there who came through the Academy.”

For the moment, he sees his future with Galaxy in the MLS.

"Greg is very inclusive; he lets everyone do their job and is always fair,” Green said. “I've really enjoyed working with him at Toronto and here in LA."

Life away from the club is pretty good too.

"I live a minute from the beach and 20 minutes from the training ground, so it’s a great environment to be in," he said. "I don’t see anything beyond the MLS at the minute. It’s a long-term project here at the Galaxy and we want to get them back where they once were.”