Morgans was at Liverpool for four years

RYLAND MORGANS, Liverpool’s former Head of Fitness and Science, has been appointed as Performance Director by Everton.

The Welshman has been brought in by new manager Sam Allardyce, with whom he worked for half a season at Crystal Palace this year.

Morgans left that role in September - along with new Everton assistant Sammy Lee - once Roy Hodgson came in to replace Frank de Boer as manager.

Morgans, who was Head of Fitness and Science at Liverpool from July 2012 to June 2016, started work at Finch Farm today. He has been Head of Performance with the Welsh FA since March 2011 and will carry on with that part-time role, TGG can confirm.

As well as having a PhD in sports science, Morgans is a qualified coach. Last month he did an in-depth piece with TGG uncovering his work with the Welsh national side, who reached the semi-finals of Euro 2016 last year. 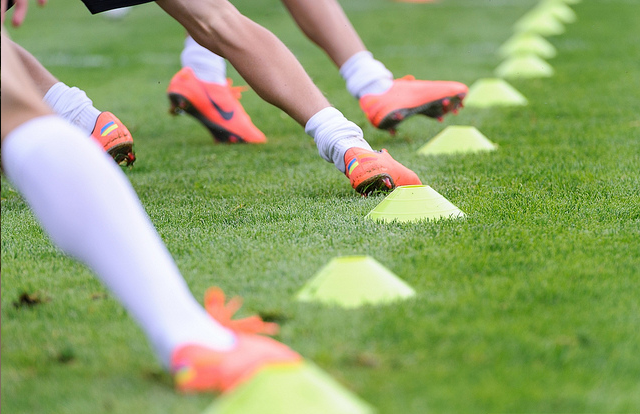 READ MORE: Ryland Morgans takes us inside the Wales camp

"We are close to [appointing] Ryland Morgans," Allardyce said at his first Everton press conference today. "He was a performance analysis man and he gives us an edge on the tactical side of things.

"Nutrition values, rest and sleep deprivation - that slides in nicely with all the coaching we do. That will hopefully be finished off next week along with the staff who are already here."