WALES take on France in the Stade de France tonight. Their Head of Performance, Ryland Morgans, gave TGG an exclusive insight into what goes on in the week prior to a game.

RM: First, we’ll send a notification to the clubs to tell them their players are on standby. Closer to the training camp, that will get confirmed and our liaison officer, Mark Evans, will write to all the clubs. He'll ask them for any recent training programmes they want their players to complete - such as activation work, prevention work and anything gym-based - and for any recent injury issues.

I’ll also ask for players’ training load from GPS data collected in both training and games over the seven days leading up to the camp. We’ll look at where the players have their normal days off in a working week. So there’s a whole host of data we have to look at and get to grips with.

It's sent in emails to Mark, who sends it onto me and Sean Connelly, our lead physio, and we’ll also have it printed out on excel spreadsheets. Unless there’s an issue with a player when they’re arriving on camp, there doesn't tend to be any contact from the clubs. If we want more information that a player can’t give us, we will get in contact of course.

We have our own template for our periodised week of training. Then it’s down to me to best suit the players to that model. I’ll be asking myself a lot of questions about each player. Can they cope with consecutive days on the pitch? Are they better off having an unloaded day? If so, what is the best day for them to have off? What day is best for them to have off for the rest of the team and the manager?

One of the most important considerations is when each player last played. Some will have had three games in a week, others might not have played for a fortnight. 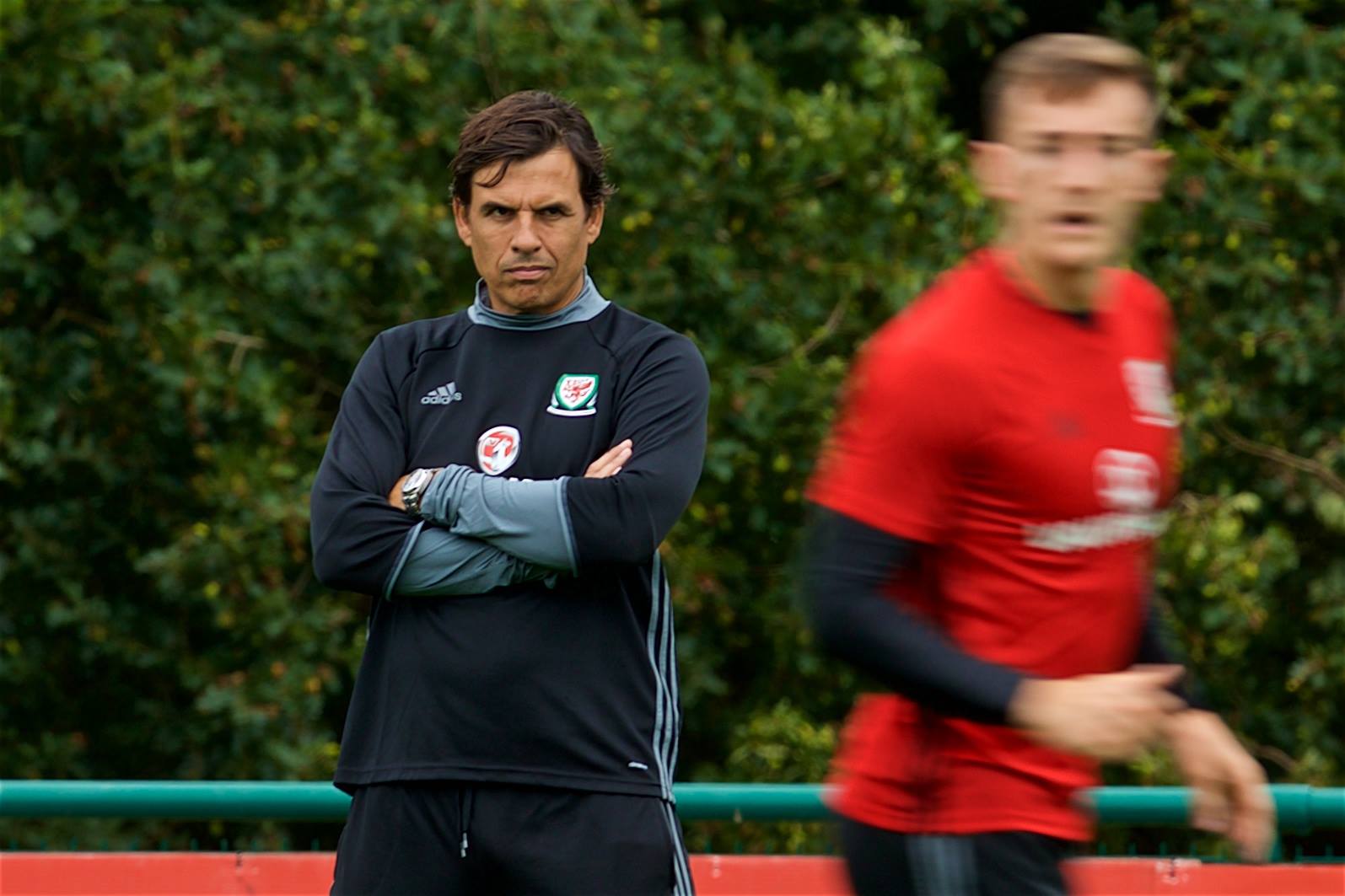 Some of our players are heavily loaded. In the Championship, it’s Saturday-Tuesday-Saturday-Tuesday for large parts of the season, as it can be for the Champions League teams too. We have players coming from an array of different levels. Some are regular starters for their clubs, while others are squad members. I have to take all these factors into account when designing training programmes and training load for each player.

If a player featured on the Sunday, then they might have two days of recovery with us. That doesn’t leave a lot of time to work with them, but, as much as you want each player on the grass, the ultimate goal is for them to be on the pitch and firing for the game at the end of the week.

Chris [Coleman] will say ‘this is how we want to play,’ which will be effective for the players at our disposal and the opposition we’re facing. Then it’s about making sure each player can cope with his own positional demands for how we want to play.

During the week we have undulating periodisation. By that, I mean that in the early part of the week it's tactically and physically loaded, and as the week progresses, both these elements diminish slightly and we go into an unloaded phase. All of our work is global, so the sessions are focused on the tactical, technical, physical and mental aspects of the game. When you play a match, these four elements are integrated, not isolated, so that’s how we train as well.

Our physical work, which I’m responsible for, involves the ball and the tactical element we are preparing for. Everything is based around football and football movements. Someone watching might say, ‘that’s only a low level passing drill,’ but there will be a physical and mental element to it too - you have to accelerate to receive the ball, adjust your body position, think what foot you’re receiving it on, and so on.

You might see running drills when the cameras come along to a media session, but these are only likely to be for warm-up or recovery. The only time we put players through straight-line running is as a recovery modality to open up their legs. The media never really see the real football fitness or tactical work.

This will usually start with a defensive session with moderate spaces and high heart rate, which is designed to make sure we can high press repeatedly. Then we’ll move onto 11 v 11 in big spaces, which is all about what we do in possession; how we manipulate the ball and move it through the lines; how we get it through the thirds and into our more creative, advanced players. 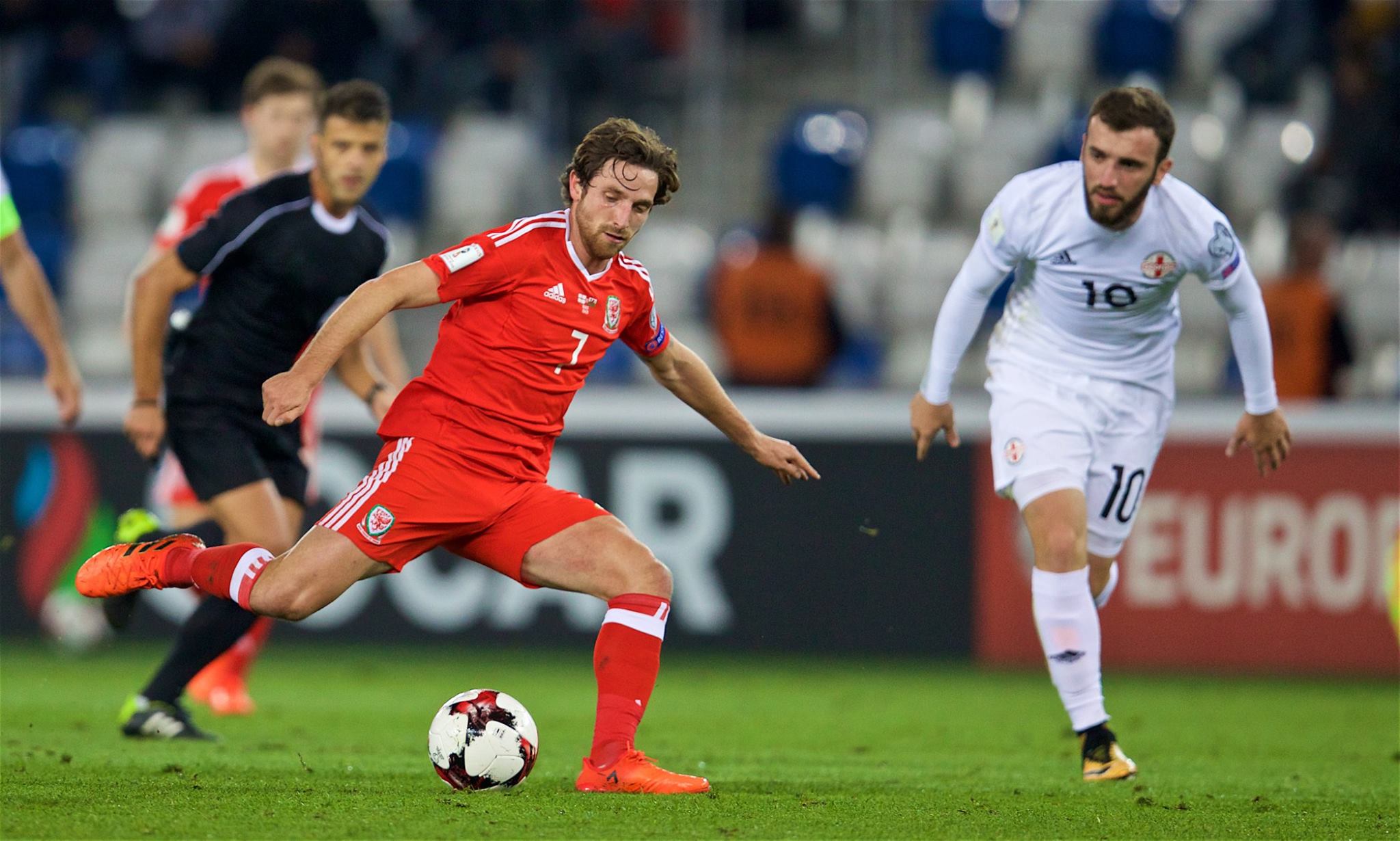 Within those 11 v 11 training games, the players will have different physical demands placed upon them depending on their tactical roles in the team. For example, Gareth Bale does a lot of high-intensity sprints, while Joe Allen is more about covering total distance and being around the ball and able to create options for 95 minutes.

Being on the move continually is vitally important for him as a deep lying midfielder and for us as a team. It doesn’t warrant him sprinting the length of the pitch though. So his physical profile is different to that of Gareth and his load and the way he trains will be too.

Some clubs will send specific gym programmes for their players. We work on the premise that if you send a programme you want your player to complete, we’ll make sure they complete it. If you don’t, we have a standardised protocol.

In all of those gym sessions, there will be an element of core stability work. If you’re an avid gym goer, you’d probably recognise the exercises, certainly for the upper body. For the lower body, the exercises may not be as widely used. For example, we would not squat a player using a barbell for leg strength.

A lot of the work is based on eccentric contractions based on bodyweight, as opposed to really high load, focusing on the quads, hamstrings, groins and calves. We are not trying to put muscle on players while they’re with us. We’re trying to maintain what they do at their clubs, giving them an appropriate stimulus on the correct day of the week depending on their last game leading into our game. We’re trying to maintain their strength base, because we don’t have a lot of time with them.

We sometimes use suspension training, weighted vests and Spanish blue belts for Russian squats. Most of the movements are eccentrically based – slow, long movements when the muscle is at its longest and weakest point. We are trying to lengthen the muscle under tension.

So we'd use a hip and knee dominant exercise for the hamstrings; an eccentric squat for quads; and sliding-type movements for the groins.

Some players are very conscious and specific about their nutrition, recovery and gym-based work, which is good. Others go with what’s provided and advised, which is good too. I can’t think of anything the clubs provide that we don’t in terms of a modality or service.

Would it be better if we had our own training base, like St George’s Park? Of course it would, because that’s bespoke, but otherwise what we provide is very comprehensive.

There will be different modalities of recovery on different days of the week, whether it be massage, compression, pool-based work or cryotherapy (we’ve been fortunate to get a chamber in).

There is a placebo effect for any recovery modality, in my opinion. For every piece of research that proves there are physiological benefits for a certain method, there will be someone that tries to disprove it. If players think a particular modality is improving them physically or mentally by even half a percent, then I’m going to put them in it.

For our last camp, we were away for two days for the match and spent six hours flying back, so any marginal gain in recovery, even if placebo, were beneficial. No-one has a bible about what recovers players the quickest, no matter what they might say. There is plenty of debate about it and there always will be.

At the end of the camp, Sean will give his medical reports to Mark and they will be sent onto the clubs in an email. The majority of the time, touch wood, we send the players home injury free. We have a duty of care to both them and their clubs. I’ve been on the other side of the fence, waiting for players to come back, so I appreciate what it's like.

I hope that over time we’ve built up a good working relationship with the clubs, benefitting both sides. Outside of the camps, I try to visit my counterparts at the clubs as much as I can. At the end of the day, we’re borrowing our players from them.