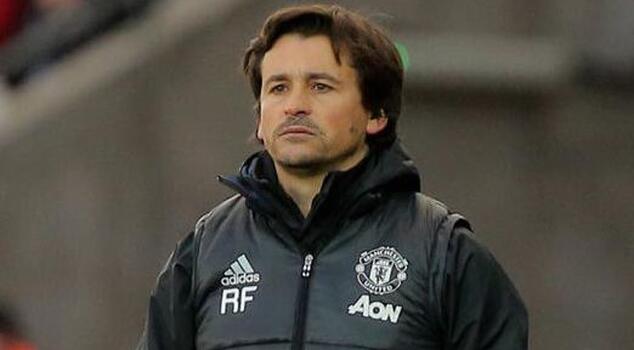 Faria has been Mourinho's assistant since 2001

JOSE MOURINHO says his assistant Rui Faria would be “a good fit” for Arsenal and that he would “help him to pack and carry the bags” if he landed a big job.

The duo first met at a seminar in Barcelona, when Mourinho was assistant to Louis van Gaal at the Nou Camp and Faria was a University student.

When Mourinho was subsequently appointed manager of Uniao de Leiria in Portugal in 2001, he took Faria with him as his assistant. They have been together ever since - at Porto, Chelsea (twice), Inter Milan, Real Madrid and now Manchester United.

Faria is highly-qualified as both a coach - he holds the Uefa Pro Licence - and as a fitness trainer, having a degree in sport science.

When asked if Faria would be a good choice as the next Arsenal manager, Mourinho said: “I think so, yes. I don't know (if he wants to be a manager). You ask me if I think it would be a good fit and I say 'yes'.

"And I say it because more than my assistant, he is my friend. If my friend has the possibility one day of a big job I would help him to pack and to carry the bags and to wish him luck.

"So, if one day that is going to happen the first one to be happy would probably be myself because I met him when he was a kid in his university and we were together for 18 years, so he is a big friend, more than an assistant. So, if one day the moment arrives, I will be very happy."

Faria is renowned for his attention to detail and is an expert in tactical periodisation - the training theory that unifies tactical and physical work - which we have covered extensively on TGG.

In 2015, Mourinho said: “If one day I have to choose my successor, if you want to use that, the one that I really feel thinks like me, is adapted to my way of lead, he’s adapted to my way of coaching, he’s the one with more similarities with me even in some traces of personality, is my assistant, Rui Faria.”