DAVE REDDIN will step down from his position as Head of Team Strategy and Performance at the end of 2019, the Football Association has confirmed.

Reddin joined the FA in February 2014, initially as Head of Performance Services, before becoming Head of Team Strategy and Performance in 2016.

For most of his time at the FA he worked in tandem with Dan Ashworth, who left his role as Technical Director to join Brighton at the start of the year.

He made several big changes during his time with the organisation, such as disbanding the Talent ID department and making several staff redundant.

The department changed to ‘Player Insights’, headed up by Kate Baker. Reddin introduced other new senior roles, such as Head of People and Team Development, which went to Pippa Grange.

FA Chief Executive Martin Glenn said: ”Dave has played a key role across all 28 of our England teams during his time at The FA. He has helped to lay the foundations of the modern day England set-up at St. George’s Park, with elite performance at its heart. 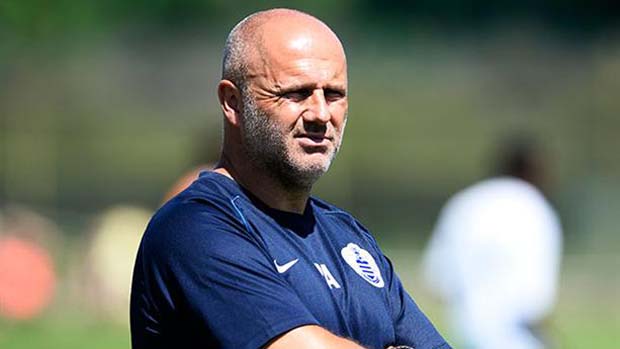 "The results have been clear to see across all of our teams and his meticulous attention to detail has allowed us to identify, embrace and implement new ways of working. Dave leaves with our thanks and best wishes for the future."

Reddin added: "I joined The FA six years ago and was inspired by the vision of the organisation and the role I could play in helping to deliver change and a fresh approach across all of the England teams.

"I was tasked with establishing a new and progressive approach to performance in order to help deliver sustained success across the teams. This involved developing detailed performance planning processes to give us the best possible chance of success at major tournaments.

"During my time, I’ve been fortunate to have been given the support and license to bring in many of the ideas and concepts from my experience in other sports. We've built a fantastic team at St Georges Park and I’m confident there are strong foundations in place for successful England teams in the future.

"I’m very grateful for the support of Martin Glenn, Gareth Southgate, Phil Neville, Les Reed, Dan Ashworth and all of my colleagues over the years. It’s been a privilege to work at The FA and I'm proud of what I have achieved during my time here. I’d like to thank everyone at The FA for their support and wish them every success."