MAURICIO POCHETTINO has taken his trusted quartet of assistants with him to Paris Saint-Germain, including his son Sebastiano.

The French champions announced yesterday that the Argentine had signed a contract as manager to June 30th 2022, with the option of a further year.

D’Agostino, Pérez and Jimenez have worked with Pochettino throughout his managerial career, at Espanyol, Southampton and Tottenham.

Speaking in November 2018, Pérez explained: “He (Pochettino) is very close with us. He's a very uncommon manager, because I've had experience with other ones and they've been different.

"If he discusses a new contract then first it's our contract and then afterwards his contract. Things like that mean so much. He never puts himself first.” 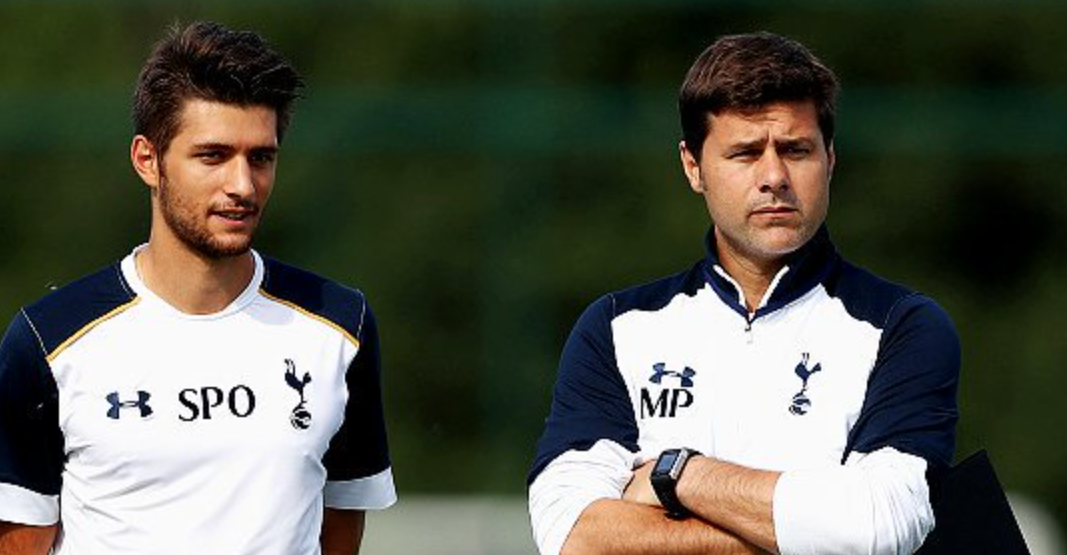 The trio have long links with the manager. Argentine D’Agostino played alongside him at Newell’s Old Boys, Jimenez was a team-mate at Espanyol, and Perez joined him as an analyst at the Spanish club at the start of his managerial career.

Ben Rosen, now the first-team fitness coach at Copenhagen, worked with the quartet at Southampton and told TGG: “There is a lot of loyalty both ways between Mauricio and his three assistants.

“He was with them at Espanyol and also took them to Southampton and Spurs. I think they’ll be together as long as Mauricio is a manager."

The fourth assistant will be 25-year-old Sebastiano Pochettino, who came on board much later than the other three but has become a key member of the team. He joined Tottenham as a sports science assistant in July 2016, while still completing a degree in sport and exercise science at Southampton Solent University (he later graduated with first-class honours), before being promoted to first-team sports scientist at the club in June 2017.

The manager defended his son against charges of nepotism, saying: “He loves Tottenham and all the players because he has a very good relationship with them. The players don’t see him as my son - he’s Sebastiano and this is the important thing.

"I know some say, ‘He’s the gaffer’s son’ but the players trust him. Maybe one day he works for me or maybe for another manager, we’ll see.”

Both father and son know the French capital well. Mauricio played for the club from 2001 to 2003, while Sebastiano completed a Masters in the 'Integrative Biology of the Adaptations to Exercise for Health and Performance' at Paris-Saclay University last year. Both are French speakers.