Inside the Denmark camp with Ben Rosen

Rosen has worked with Denmark since March 2016

HOW did a 27-year-old Englishman end up working with Denmark at the World Cup - as well as with Malmo in Sweden?

Fitness coach Ben Rosen explained all - as well as giving the lowdown on stars including Christian Eriksen.

During his third year at Southampton Solent University, Rosen got an internship at Southampton FC. It was there that he came under the tutelage of fitness coach Nick Harvey, who later went on to Reading and now runs his own consultancy.

“Nick taught me so much - by what he said and what he did," Rosen tells TGG. "He also gave me a lot of opportunities."

"My main role was looking after GPS," he remembers. "It was the first year the majority of the club had started using GPS and I worked with the first team, reserves and U21s.” 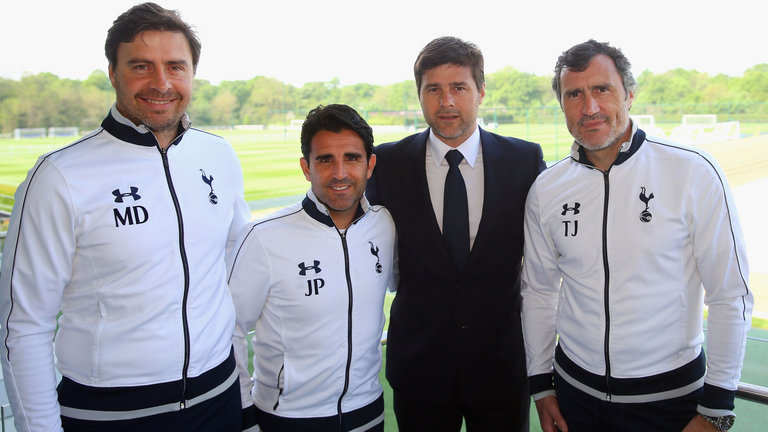 After being sacked in January 2013, manager Nigel Adkins moved to Reading and took Harvey with him. That was when new boss Mauricio Pochettino asked Rosen for a chat one morning.

“Mauricio came up to me and said, 'I want you to put on a strength session, because you're the new first team strength coach.'"

“His attention to detail was massive,” Rosen remembers. “But what struck me most was the human element, the way he would watch and understand people – their body language, their actions. He was very attentive and knew how people were feeling, when they might be having problems.

“First and foremost he wanted good people working with him.”

Most of Rosen’s day-to-day contact at Southampton was with Pochettino's assistant Jesus Perez, however. The Spaniard took overall responsibility for fitness.

“There is a lot of loyalty both ways between Mauricio and his three assistants (the others are Toni Jimenez and Miguel D’Agostino),” Rosen explains. “He was with them at Espanyol and also took them to Southampton and Spurs. I think they’ll be together as long as Mauricio is a manager.

“I reported and fed back to Jesus, although I would have daily conversations with the manager too. Jesus has a lot of expertise and experience, because he has been coach, an analyst and a fitness coach too. He speaks good English.

“They use their own version of tactical periodisation - as most clubs do. They had certain ways they wanted to condition the players and changed what we were doing in the gym. I’d say it was more of a Continental model, less focused on strength and more on speed.”

The opportunity to join Malmo arrived on the golf course.

“It was January 2014 and I was playing golf with a friend," Rosen says. "A friend of his had heard about an opening at Malmo. I applied, went out for an interview and a week later I was offered the job.”

At the time he didn’t know anyone in Scandinavia, let alone in Malmo, the city in southern Sweden with a famous footballing pedigree. Nevertheless, he found it easy to fit in.

“I think Sweden is quite an easy country to adapt to, because it’s not so different to the UK,” he says. “The biggest thing was to learn the language. Although everyone speaks English, the staff meetings were in Swedish and I had no idea what was going on at first.

“It took two years to properly learn the language but now I’m fluent. I coach group sessions in English, but coach individually in Swedish.”

The manager who brought him in was the legendary Age Hareide, former boss of the Norway national team, who had won the league title in each of the Scandinavian countries (in Sweden with Helsingborgs, in Norway with Rosenborg and in Denmark with Brondby).

As with Harvey, Rosen had found another brilliant mentor.

“Age has always trusted me and given me guidance but also responsibility,” Rosen explains. “When I came in I oversaw the rebuilding of the gym and introduced pre-activation in training, which had never been used at the club before.

“Whereas before players didn’t have breakfast at the club and ate lunch in the sports bar every day, we got a local restaurant in to do the catering, providing breakfast and lunch. It's all properly planned and they do a great job.

“We were also the first club in Sweden to bring in GPS and now it’s used at every session by every player. Age allowed me to do all of that.

“The biggest challenge was probably my age, because I was only 23 when I joined. But you build the respect of the players and the other coaches by the way you conduct yourself and how you treat people.

"At the end of the day, people will only do what you want if they respect you.

"They also need to know that you believe in them and care about them, it’s human nature.”

In Rosen’s first season at the club, Malmo won the league and qualified for the group stage of the Champions League, beating big-money Red Bull Salzburg in the play-offs.

The following season they beat Celtic to get through to the group stage (even though they did take heavy beatings from Real Madrid and PSG once they were there).

In all, they have won the league title in three of the four seasons Rosen has been there.

Hareide left Malmo in December 2015 to become manager of the Denmark national team.

“With the ages and talent of the Danish players, he could see what they were capable of - it was a no-brainer,” Rosen admits.

After a few months, he asked Rosen to join him, doing the work with Denmark in addition to his job at Malmo.

“Denmark hadn’t had a full-time fitness coach before,” Rosen explains. “Morten Olsen had been manager for 15 years and had had the same staff, working essentially the same way.”

A key element of the job is ensuring a good relationship with the clubs.

“I give them an overview of what we do every day,” he explains. “At the end of every camp we give the clubs the GPS information from every training session, the minutes rested and so on. The more I give the more I will get back.

“Before the camp they send information without us having to ask. Load is always one of our most important considerations. 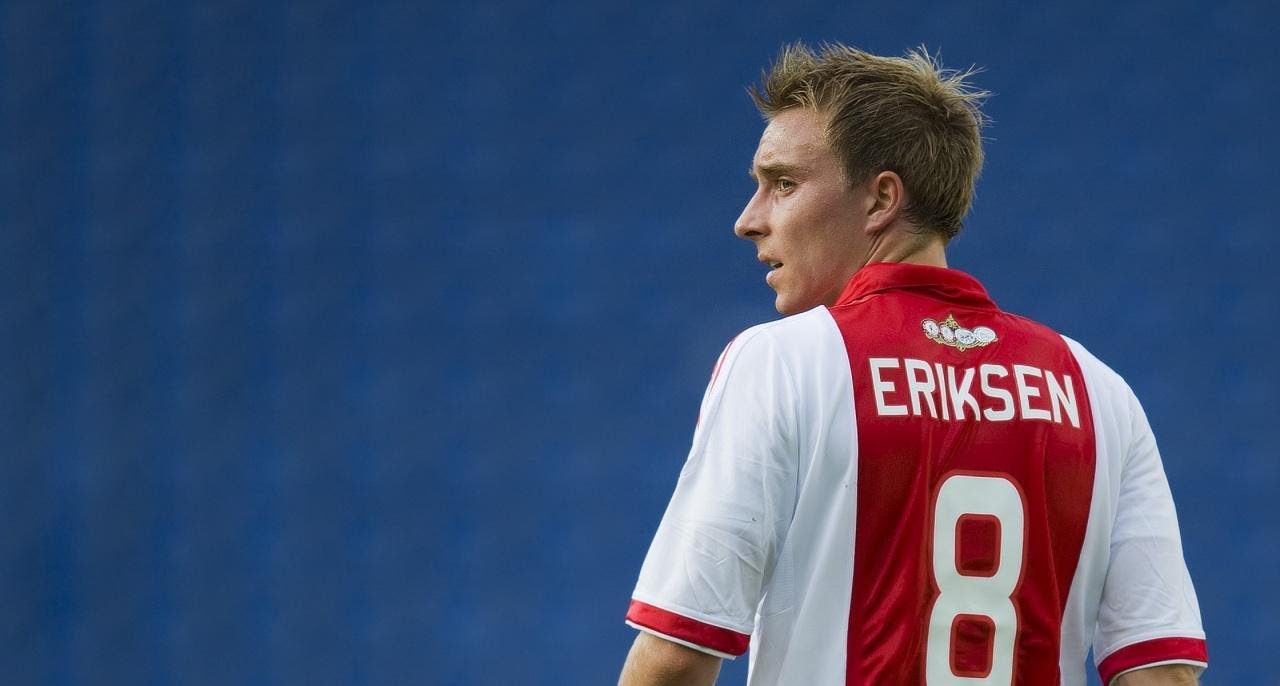 READ MORE: Eriksen - Bergkamp taught me to be a playmaker

“We have all these excellent players, with Christian Eriksen at the centre of it all,” he says. “We really have a chance to do something really good at the World Cup.

“There’s Casper Schmeichel in goal; Simon Kjaer at the back, who is one of the best central defenders I have seen; and Nicolai Jørgensen up front, who scored 25 goals for Feynoord last season.”

Nevertheless, Eriksen is the undoubted star of the team – as he showed with a superb hat-trick against the Irish.

“Christian is an amazing player and an amazing person," Rosen says. "He’s one of the best players in the world, but there is no ego there at all. He’s very down to earth and laid back. He’s a pleasure to work with. Footballing ability is out of this world.”

The biggest surprise was controversial forward Nicklas Bendtner, who has been left out of Denmark's World Cup squad because of an injury.

"Nicklas was completely different than I expected him to be - one of the nicest guys I’ve met," Rosen explains. "I’d built up this image of him through the press, but he’s been brilliant – very professional and down to earth.”

Longer-term, Rosen sees himself staying with Malmo so long as they continue to evolve.

“I’m massively happy here at Malmo and if the club gives me the chance to rebuild the science and medical departments that will be a four or five-year project," he says.

“It will involve new staff and new facilities. A new Under-19s fitness coach has just come in – Mark Read. The club had never had one at that level before.”

And, finally, could he have achieved what he has if he’d stayed in England? The answer is short and sharp.

"New managers in the Premier League tend to bring their own fitness coaches with them. Ronald Koeman did it when he arrived at Southampton [in the summer of 2014, with Jan Kluitenberg]. That's inevitably a backward step for the guy who's already in place.”