It started with a dance: How Solskjaer instigated change at Man Utd

HAVING lost their way following the retirement of Sir Alex Ferguson in 2013, Manchester United now believe they have someone at the helm who can steer them to success.

Last month, Ole Gunnar Solskjaer was rewarded with a new contract to at least 2024, with Executive Vice Chairman Ed Woodward saying: “We are more confident than ever that, under Ole’s leadership, we are heading in the right direction.”

Not bad for someone who took the job on a temporary basis in December 2018.

Back in early March 2020, I was lucky enough to sit down with Solskjaer and his assistant Mick Phelan at their Carrington training ground, along with Tranmere manager Micky Mellon, with whom I went on to write the book ‘The First 100 Days’.

During a fascinating three hours, the Norwegian recounted his first 100 days in charge of United and explained the strategies that he had employed to gain momentum at a floundering club.

Creating a coalition and increasing urgency

You might imagine that Solskjaer’s first night in the United hot seat was spent sweating on formations, team selections or transfer targets. Not so.

In actual fact, he got on the dancefloor at the staff Christmas party.

“I went along, had a dance and gave a bit of a speech,” he told me. “Ed (Woodward) had told us to come in and put a smile back on people’s faces.”

This was instructive of what was to come during his tenure, because the former United striker brought authentic warmth back to a club he loved.

There was an urgency for change following the dismissal of Jose Mourinho. There was dissent amongst the supporters, along with reported internal issues between the manager and some players which had all led to under-performance on the pitch.

A cultural revolution was required and the new manager quickly set about getting the right team in place behind the team. Early on in his tenure, he received some sage advice from Ryan Giggs, a legendary player and former Old Trafford assistant manager.

“Look after the staff at Carrington,” the Welshman texted his former team-mate. 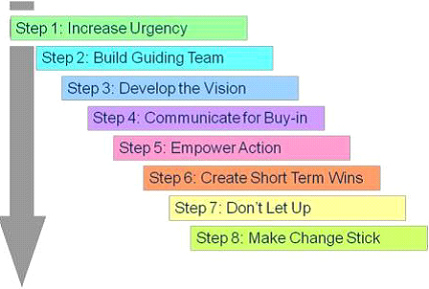 Increasing urgency and building a guiding team are the first two elements of John Kotter’s eight-step model of change, which you can see above.


The Norwegian had spoken to his players about the pride they should have in the shirt, the history they were representing and the great city that they played for.

Phelan had added: “This club is about hard work, industrial attitudes and never-say-die… going right back to Sir Matt Busby and even before.”

There were also behaviours that set the tone, as well as words. For example, Solskjaer no longer sat on a coaches’ table during lunch, but amongst his players.

This made it clear that he was not just a leader but also a servant of Manchester United. During my time with him, he opened every door for us and made Micky Mellon and I a coffee before we sat down to talk.

The message from the manager to his players and staff was always clear: this is about Manchester United, not me.

Of course, wins create momentum and allow for actions that people will buy into. 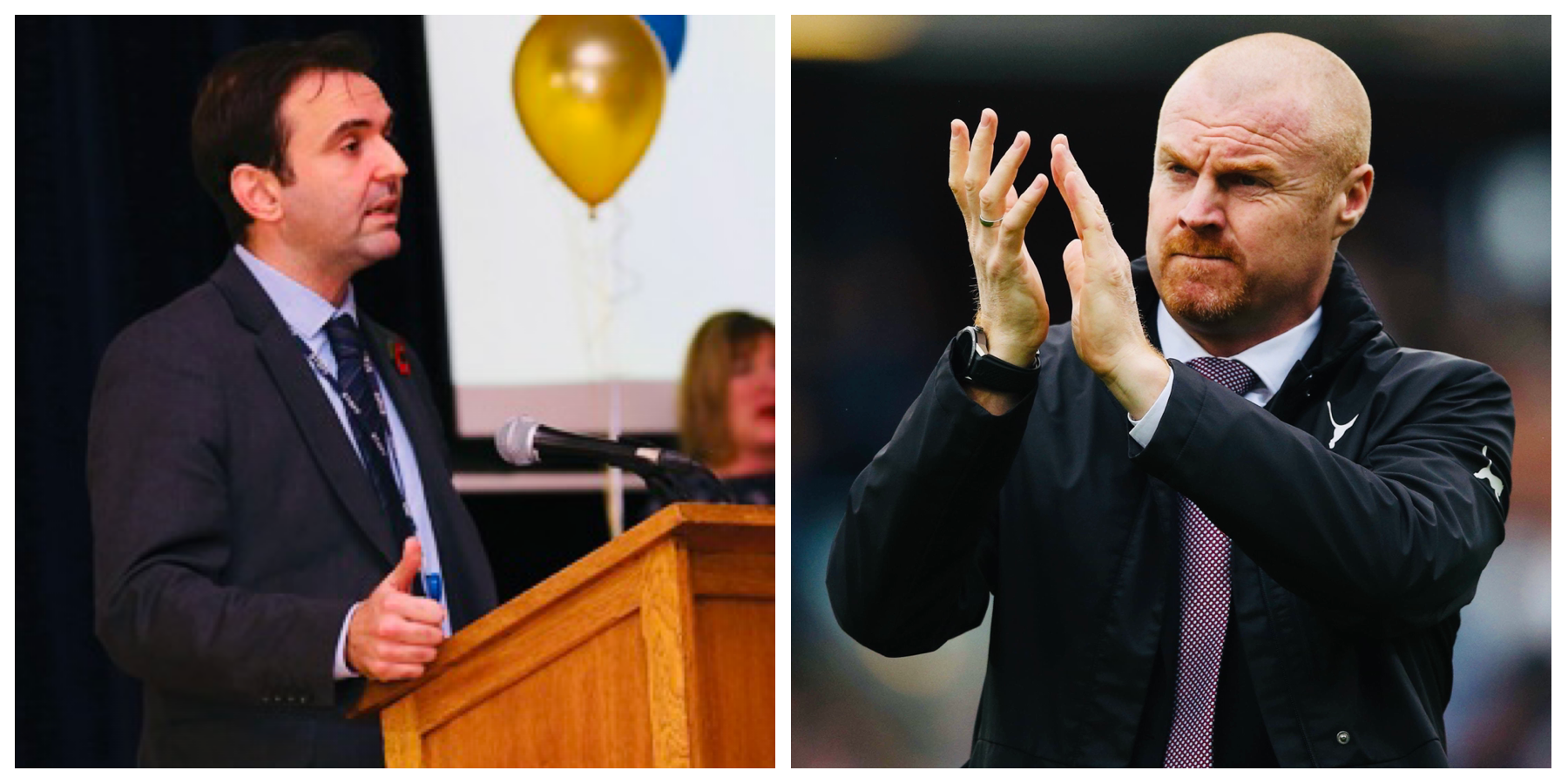 READ MORE: What headteachers can learn from football managers - and vice versa

There were other subtle changes along the way. The players liaison officers were moved away from the canteen, meaning that the players had to go and find them rather than the other way around.

Their former offices were soon occupied by youth-team coaches, analysts and others focussed on developing performance on the field rather than settling unpaid parking fines off it.

The leadership style also moved away from being dictatorial to more collaborative, with Solskjaer involving his players in the decision-making process.

One great example came during a training camp in Dubai in January 2019, when the manager sat down with Marcus Rashford, Anthony Martial and Jesse Lingard to plot the pressing game and counter-attacking style that would be employed against Tottenham.

They went on to enact the plan perfectly at Wembley and won 1-0 with a goal from Rashford.

Some people may have mistaken Solskjaer’s amiable, approachable attitude for weakness, but he quickly put that to bed.

His diary, which chronicled the detail of his first 100 days in charge, recounted how he tackled lateness and also moved on players who were not conducive to his plans for the revival.

New recruits all needed to have three key qualities: power, pace and personality. This was personified in the new faces around Old Trafford, such as Bruno Fernandes, Harry Maguire and Edinson Cavani.

Of course this isn’t a finished story, because the manager is yet to win a trophy at Old Trafford, meaning the revival has only really just started.

But new players, a new style of play, a clear recruitment process, changes in the building and authenticity of leadership have at least helped United to rediscover themselves.

I believe the clues left by the manager and his staff are transferable to other sectors outside of football, especially when mapped against a model like Kotter’s.

For any leaders, coaches or people who are generally interested in this area, using Kotter’s model can help map out the rationale behind certain decisions. You can also suggest any gaps that may exist when things seem to go awry.