NORWICH CITY have developed an innovative alternative to the Hoffenheim videowall with a bespoke analysis buggy.

The German side pioneered the use of a giant videowall at their training ground under manager Julian Nagelsmann in the summer of 2017. Bristol City followed suit in 2019 after their boss, Lee Johnson, visited Hoffenheim to find out more.

Now several other clubs, including Manchester United, have videowalls installed at their training grounds, but Norwich have gone for their own innovative alternative. It's a big screen on a buggy and has traditionally been used by broadcasters such as Sky for TV analysis. 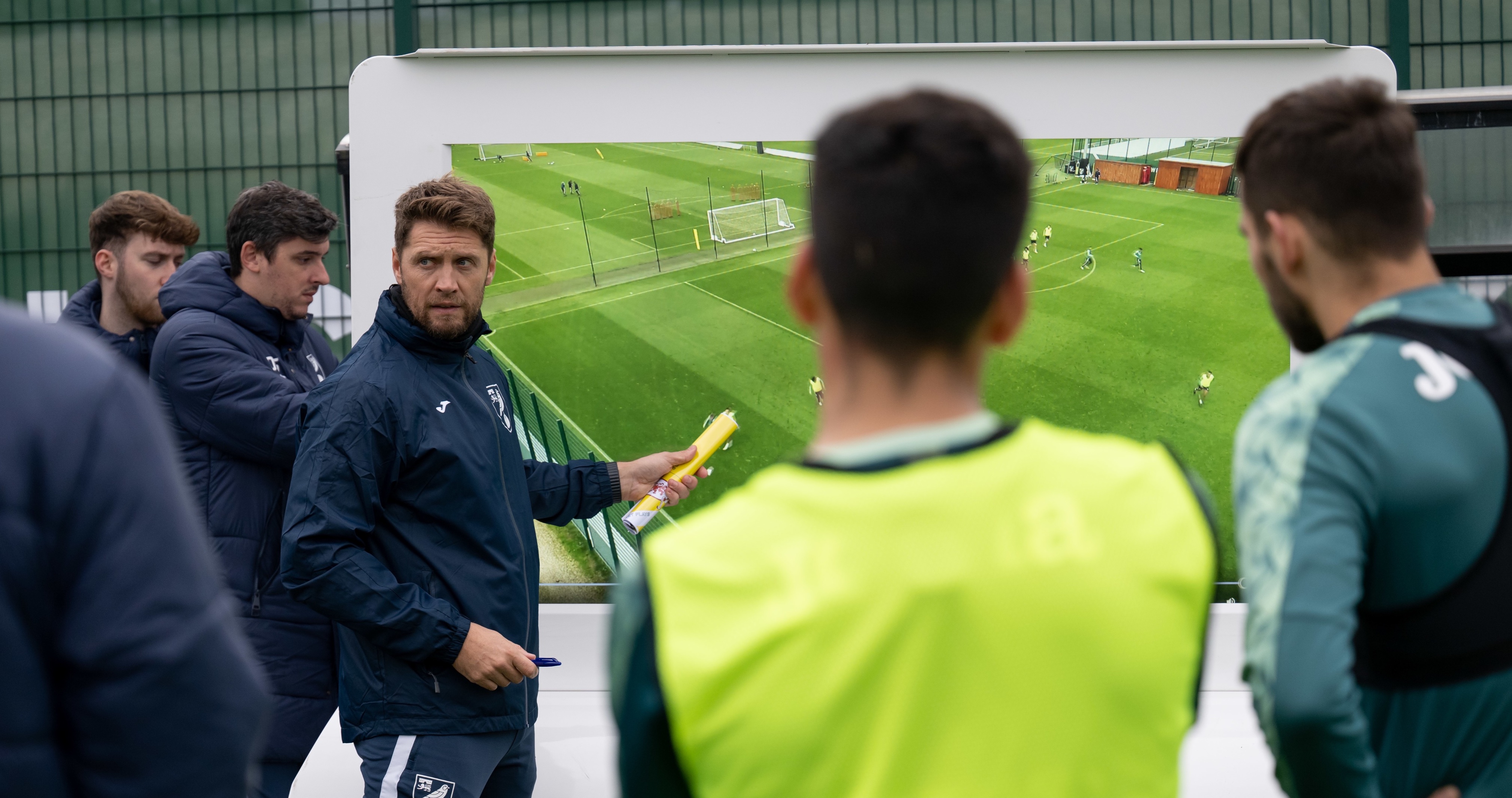 Norwich's Head of Performance Analysis, Matthew Lewis, explained: “Through our video capturing software we are able to stream our training live, so any feedback we want to give to the players we are able to do that live.

"When the manager is doing 11 v 11 sessions, or when we are working on a specific topic between sessions or exercises, we can say, ‘Gaffer, can you come and have a look at this.' And we can have that impact there are then, rather than in the meeting room or video room. We can rectify live."

Generally, the attitude of clubs has been 'the bigger the better' when it comes to their training ground screens, but the advantage of Norwich's 'Smart Cart' is that it is portable, meaning it can be moved between training pitches.

It is also touchscreen, so that coaches and players can interact with videos and also use telestration.

"It helps with that, but more importantly it allows you to show what you need to show - ie the problems and what the solutions are - and then cross that white line, which is two yards away, and work on it immediately. For Matt and the guys it is really portable.

"Sometimes as a coach when you are directing players or pointing things out you can see the problem in you head, but sometimes the players don’t see the same things. What the cart does is bring clarity to everything, because you can get your message across and reinforce it with the footage on the cart."