Nani was previously Sporting Director at West Ham and Watford

READING have appointed Italian Gianluca Nani as their new Sporting Director following the departure of Brian Tevreden to Belgian side KSV Roeselare.

Tevreden, 36, had felt increasingly marginalised since the arrival of Ron Gourlay from Chelsea as chief executive in July 2017. The Dutchman was not involved in the decision to appoint Paul Clement as manager in July, or in much of the club's summer transfer activity.

He has now joined Roeselare as chief executive.

Gourlay said: "Brian has worked very hard for this football club. I have enjoyed working with him. He has certainly earned this new opportunity.

"Personally, I would like to wish him every success in his new role with Roeselare and all the very best for the future."

Tevreden, who was one of only a small handful of black executives in English club football, had been with Reading since February 2016. He initially joined as Head of International Football and Development before stepping up to become Director of Football when Nicky Hammond departed for West Brom in April 2016.

The former Ajax youth player and coach was instrumental in bringing in Jaap Stam, who had been assistant manager with the Dutch giants, as boss in June 2016. The Royals were agonisingly close to being promoted to the Premier League in Stam's first season, losing out on penalties to Huddersfield in the final of the Championship play-offs, but things went downhill fast after that.

With the club just three points above the relegation zone, Stam was sacked in March 2018 - a decision that was taken above Tevreden's head - and they now sit bottom of the Championship, without a win in six games.

The club has new owners, with brother and sister Dad Yongge and Day Xiu Li buying out the previous Thai majority shareholders in May 2017, and a new CEO, with Gourlay having replaced the long-serving Nigel Howe in July 2017.

Many fans are now understandably concerned and confused about the direction the club is taking.

Following Nani's appointment, Gourlay said: “We are delighted to welcome Gianluca to Reading Football Club. He is a Sporting Director who has experience of working at the very highest level and a proven pedigree in nurturing young footballing talent and creating recruitment and development structures which successfully work hand in hand.

"I am looking forward to Gianluca joining us here at Reading.”

His record at West Ham was mixed at best, although it came during a difficult period in the Hammers' history, with owner Björgólfur Gudmundsson being declared bankrupt in the spring of 2009.

Before this, Nani appointed Gianfranco Zola as the club's first overseas manager. When Zola was appointed, in September 2008, the club were fifth in the Premier League; when he left, in May 2010, they were 17th.

Nani also oversaw a transfer policy that reduced the overall wage bill but included several expensive flops, including £9m striker Savio, who made just 10 appearances and is now, at the age of 29, without a club. When David Gold and David Sullivan bought West Ham in 2010, Nani was sacked.

His record at Watford was more solid, with many crediting him with helping to lay foundations that have seen the club become a Premier League force. In his time with the Hornets Nani again appointed Zola as manager, leading them to the final of the Championship play-offs in 2012/13, which they lost, before resigning the following December after a bad run of results.

Nani, who was born in Rome and studied law, made his name as a Sporting Director at Brescia, where he was credited with developing talents such as Andrea Pirlo and Luca Toni.

He speaks English, Spanish, French and Italian and was most recently Technical Director of City Group outfit Al Jazira in the Arabian Gulf League.

He said: "I'm really proud to join and now be part of an historic club as glorious as Reading. I will put in all my effort and my knowledge to ensure that the club and its fans enjoy the success they deserve.

"With hard work, I am truly confident we will have a bright future together."

Tevreden came through the youth ranks at Ajax, although he never made a senior appearance for the club. After spells in the Dutch and Greek leagues, he retired from playing at the age of 25 and dedicated himself to coaching.

In five-and-a-half years with the legendary Ajax Academy he rose through the ranks and the club made a major impact on his footballing philosophy.

"In the longer term, we want to be the same as Ajax - 60% of our squad to be from the academy," he said after joining Reading. “We have a clear plan for the academy. We want to develop young players for the first team, mixed with experienced players.”

In his time at Reading, he worked with three managers (Brian McDermott, Stam and Clement) and brought in more than 20 players. 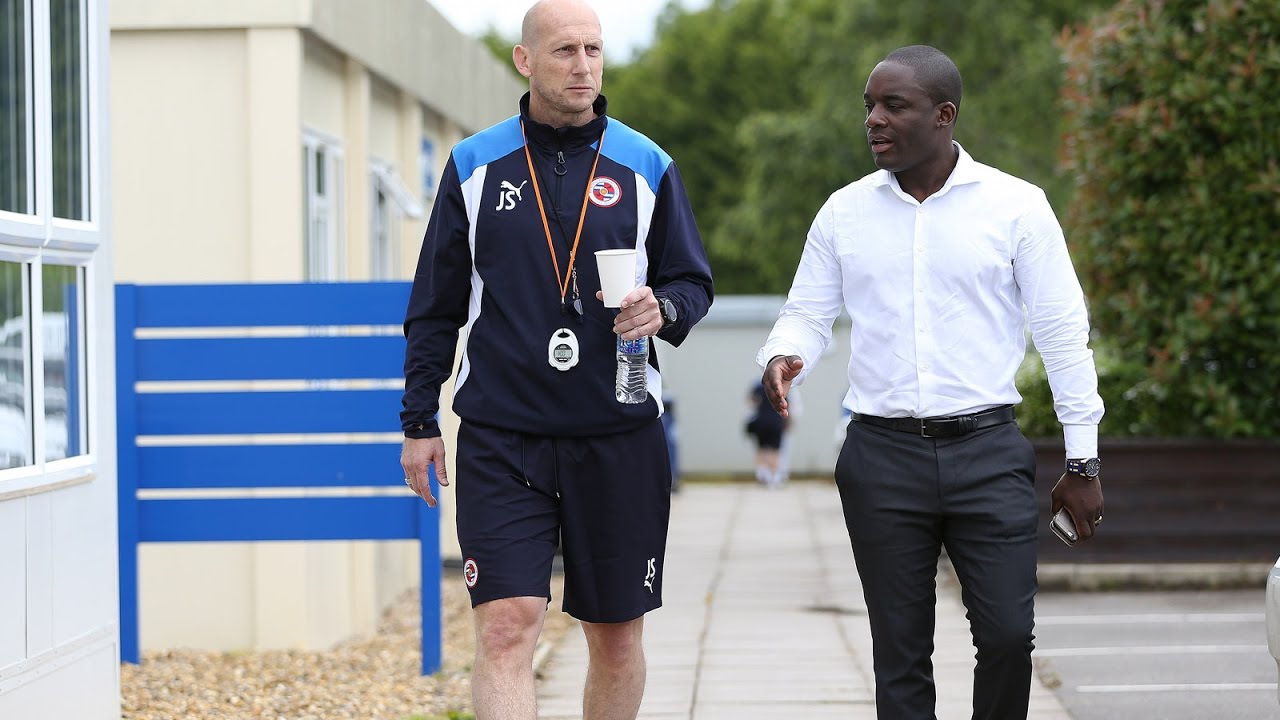 The club has been vaunted for its youth system for many years - it has a Category One Academy and placed 13th in our Academy productivity rankings for 2016/17.

However, some fans are now questioning whether youth will continue to get a chance. The Royals made nine acquisitions this summer, including 37-year-old defender John O’Shea from Sunderland.

While the former Ireland international is earmarked for a future coaching position, he has nevertheless filled a slot that could have been given to an Academy player.

Tevreden was also one of the few black executives in English club football - and said he was proud to be a trailblazer.

"It is a positive thing if I am an example now as a director that it is possible. If you work hard, are loyal and do your thing then you can get the job.

"I think Reading did a very good job because they didn't look at the colour just the quality and that is a compliment to the owners and the chief executive."