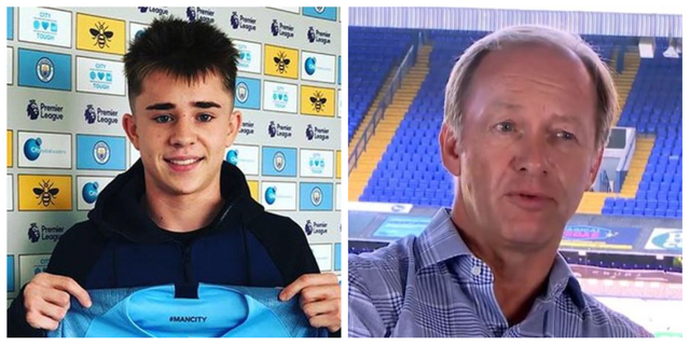 IPSWICH TOWN owner Marcus Evans says the whole Academy system is nearing a “dangerous tipping point” because clubs are losing players for fees that “bear no relation” to their actual value.

Four transfers were cited in a statement on the club’s website:

Clarke, Brown and Knight left before taking up the offer of two-year scholarships at Ipswich's Academy, having been with the club for several years.

Evans said: “At the moment, the tribunal valuations for the loss of a talented player to the top Premier League clubs bears no relation to the potential of the player.

“I’ll give you an example. We had no choice but to agree a fee of £600,000 with a Premier League club for one of our young players with a possible additional £900,000 - but only if he played 100 games for that club in the Premier League.

“If he played 100 games in the Premier League, at current values he’d probably be worth £30m plus. The figures just don’t add up and this is against a background of the league stipulating we must have an Academy budget of £2.5m per annum."

TGG understands that Evans was talking about the terms Ipswich agreed with Manchester City for Knight.

“It is frustrating to be put in a position where we invest in a young player from the age of nine for several years and then are forced to lose him for a fee well below what I would consider to be a true valuation of that potential.

“We fully respect that at the age of 15 a person can’t be bound to a club based solely on their location and if the player wants to move on for valid personal reasons, so be it.

“However, more often than not, these decisions are influenced by money and if it’s about money then the club that has developed the player should be fairly rewarded, as the club taking the player is doing so for their own financial advantage.

“This is where the current rules break down and we have accepted figures that were, in effect, forced upon us based on the most likely outcome of a compensation fee tribunal. That’s where - in my opinion – the problem and the potential solution to the problem lies. As long as the compensation figures are high enough then the ‘losing’ club is rewarded.

“We are seeing on average of only one in 20 scholars making it to even Championship level and an even smaller percentage to the Premier League. This will drop substantially if we lose the best talent before they become scholars.

“While the initial fee can be kept reasonable, the contingent add-on payments are where the problem lies. If tribunals reflected the true future value, then in my opinion that would go a long way to solving the problem.

“If clubs had confidence in the tribunal system this would ease some of the concerns and I will be encouraging further discussions as to how the compensation levels should be assessed."

Ipswich have a Category Two Academy which costs £2.5m per annum to run. They ranked 26th in our Academy productivity rankings for 2016/17, although Evans said the club fielded more Under-23s than any other Championship outfit last season.

Because of the compensation system, Evans suggested more clubs could soon follow the lead of Brentford, who have scrapped their Academy, and Huddersfield, who axed all age groups below the Under-18s.

"I know from talking to other owners, particularly those in the larger cities, that they are questioning the value of paying for an Academy.

"A few have already closed and I would suggest that a dangerous tipping point maybe reached when several clubs follow each other if they keep losing their best players for next to nothing.

“My problem is with the rules, not the clubs. Ipswich Town and others, including some Premier League clubs, are losing their best young talent before they even join the full-time Academy ranks on leaving school and with it, in our case, one of the channels to assist us to progress to the Premier League.

“I continue to remain fully committed to our Academy and producing homegrown players. It’s a major part of the club’s strategy. However, if in the long term the situation worsens and we lose all of our best talent before they even start in the Academy, the strategy is thrown into doubt for us and other clubs.

"We have already seen some clubs close their Academies and the FA as well as the EFL must do everything they can to protect the current number of Academies.”

The Ipswich owner also said the rules regarding the transfer of young players to foreign clubs were inadequate and the club had faced losing one youngster to a “leading European club” for just £100,000.

“It is all worthless if the foreign clubs don’t have to abide by the same rules as us,” Evans said. “Otherwise, even with the fairer compensation levels I have suggested between English clubs, this would only provide more opportunities for foreign clubs to 'steal' talent for next to nothing.

“Medium size and smaller football clubs are the lifeblood of football, if everything moves towards those clubs never progressing; it would be short-sighted to think that football will not be affected in the long term.”