Marcel Brands: Everton must give homegrown players some hope

Brands said Jagielka was released to give Holgate (above) a chance

EVERTON Director of Football Marcel Brands says he is working towards a situation where the club makes only two or three signings in a transfer window - and lets its young players know “there is something possible”.

The Toffees made seven signings this summer, with about 20 players leaving. TGG has previously outlined how important cohesion is for successful teams.

Brands, who joined the club in May 2018, said: “My goal for the long term is to bring this club to a situation, like the top clubs, where you do two, three deals, two, three new players, maybe two, three players out, that should give the club much more stability.”

The Dutchman insisted he had been mindful of the club’s homegrown players when making the signings.

Full-back Djibril Sidibe arrived on a season-long loan from Monaco, with Brands saying they had decided against a permanent signing in that position because 22-year-old Jonjoe Kenny - who went on loan to Schalke - is regarded as the long-term option in that position.

“After we found a very good loan for Jonjoe Kenny - because I had promised him we would find a solution for him, he needs to play as much as possible - we wanted to find a replacement to give some competition for Seamus Coleman, and only looking for a loan because we don’t want to bring in a permanent deal in that position because we want to see the development of Jonjoe,” Brands said. 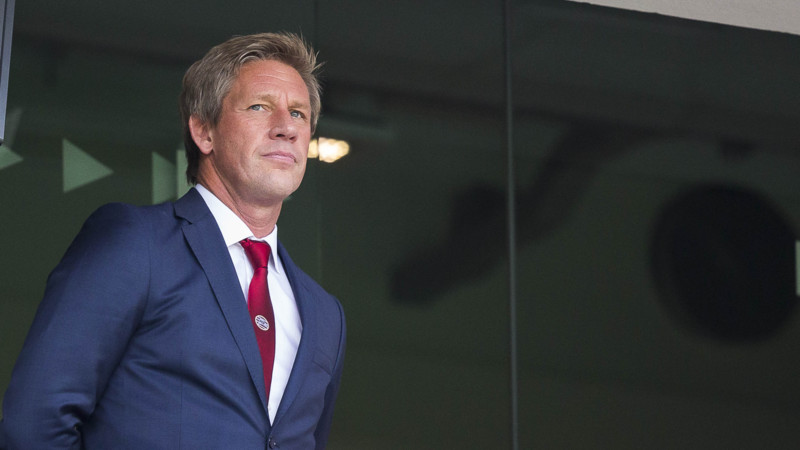 Similarly, he said the club had released veteran Phil Jagielka because they wanted to bring Mason Holgate into the mix.

“We made a decision not to renew Phil Jagielka to give Mason Holgate more perspective for his future because he’s very talented,” Brands said. “We also have a very young boy Lewis Gibson who had a very good pre-season, and we need him to step up more than he has already, but he’s a player with a future at Everton.

“If we spend money then we have to do it the right way. If you go lower than a certain level then you should probably do nothing and go look at your own Academy.

“There’s some players knocking on the door, but they have a long way to go and we have to give them an idea that there is something possible here at Everton.”

Everton won Premier League 2 (the Under-23s league) for the second time in three seasons last term, but none of the side that won the title in 2016/17 has gone on to establish himself in the first team.

ANATOMY OF A TRANSFER

Brands, who had previously been Technical Director at PSV Eindhoven for eight years, also outlined how the club goes about its transfer business in his interview with the club’s in-house media team.

“We always prepare [videos] to show players what we think about them, why we think he could fit, what kind of club he will come to, what are the plans for the club and his position,” he revealed.

“Sometimes only the small things can help to find a deal, and this was one of them. We try to look at the profile, the physicality, we do a lot of research behind the games we watch. Scouts get the reports, I watch them by myself, and then we go through all the stats and then we see if he can fit in the Premier League.

“It’s a big process, and we go through a lot of studies before we decide he is one of those that we can get on our list, and then we look if it’s possible financially of course.

“There’s a lot of work before that, we make a big file on each player, and look at the character of the player and if he will fit in the environment we have here.”

He said he works closely with manager Marco Silva and would never impose a player on him.

“We always try to bring in the players that we both can agree on,” Brands said. “It’s not a good thing to bring players in that the manager’s not behind. We always discuss every player that we want, or that we can bring in.

”Finally, we come to positions and names, then we go for it. We always have back-ups if you can’t succeed in finding a particular player and position. We are always close on that.

“A manager always wants a little bit more, that is similar to all the managers. But I also have to manage the numbers around the players. I am very happy to work with Marco.

"The most important thing to me is Marco is a coach who can make the players better - he proved that last year.

"That is important for me as Director of Football. If we bring in younger players we have to give the manager time with those players. I am really confident he makes them better.

“Our owner (Farhad Moshiri) is very ambitious, but you have to balance your numbers according to regulations and rules. You have to be careful, we have spent a lot of money in the past.”

For most people in football, pre-season has just ended - but Brands says his is about to begin.

“My pre-season as Director of Football starts directly after September 1 for the next season,” he said. “It is not a thing we do in the last weeks or months. It is a plan and process which works through the whole year.”