Paul Pogba and Jesse Lingard: More than 5,000 minutes between them

MANCHESTER UNITED gave the most minutes to homegrown players in the Premier League last season, with champions Manchester City propping up the table.

Nine United graduates played for them in the Premier League in 2018/19, equating to 9,334 minutes. Tottenham were second, with six players and 6,887 minutes, with West Ham (five players and 6,771 minutes) third.

However, City were bottom of the table, which was produced by PA, with Phil Foden the only in-house graduate to feature for Pep Guardiola’s side on their way to the league title.

The midfielder played just 371 minutes in 13 league appearances, including only three starts. When Guardiola arrived at City in July 2016, he insisted that the Academy was a key part of his plans. 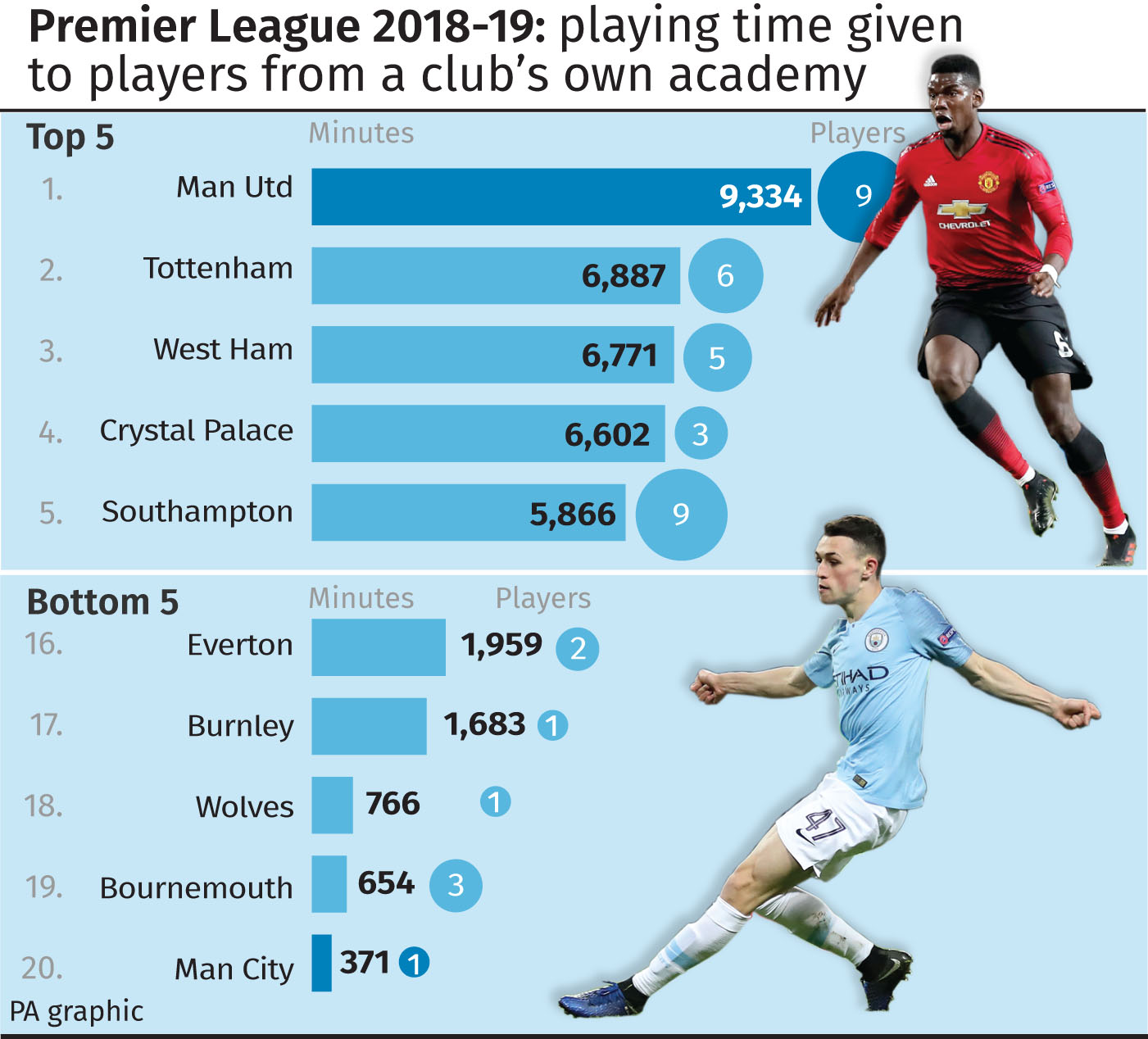 “City are six or seven years working on this [Academy] project and we have players who in the future will be very valuable for our first team, I have no doubt about that,” the Spaniard told fans at his unveiling in Manchester city centre.

"And I think it is the... the fans, Manchester City needs the people who grow up from the Academy because from that moment, they feel something special about the player.

“I grew up in one of the most important Academies in the world in Barcelona, where the Academy and the young, talented players are so, so important, to maybe in the end play in the first team.”

During his time at Barcelona, the Spaniard handed 22 academy players their first-team debuts, including Sergio Busquets, Thiago Alcántara and Rafinha. City did win last season’s Under-18 Premier League Cup and reached the FA Youth Cup final, as well as, of course, retaining the Premier League title.

For the 2018/19 season, almost a quarter of Manchester United’s playing time went to talent developed at their Academy in Carrington. Paul Pogba played 3,245 minutes in the Premier League, Marcus Rashford 2,494 and Jesse Lingard 1,765.

City were one of half a dozen Premier League teams to use a solitary graduate of their own Academy, although many featured far more than Foden. 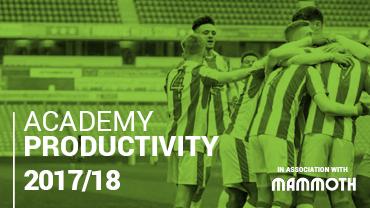 Dwight McNeil is the only homegrown player to play for Burnley in the three years of the PA study, but having only made his league debut in the last two minutes of the 2017/18 campaign, he established himself last term with 1,683 minutes, three goals and five assists.

United were also top of PA’s list of club graduates playing for any Premier League club last season. Twenty of their graduates featured across the league, playing 27,395 minutes, with Spurs again second (13 players and 17,903 minutes), and Southampton third (16 players and 15,964 minutes).

City were fifth in this table, with eight players and 13,605 minutes, while Sheffield United were the highest-ranked Academy from outside the Premier League (and outside of Category 1 teams), with six players and 12,400 minutes.