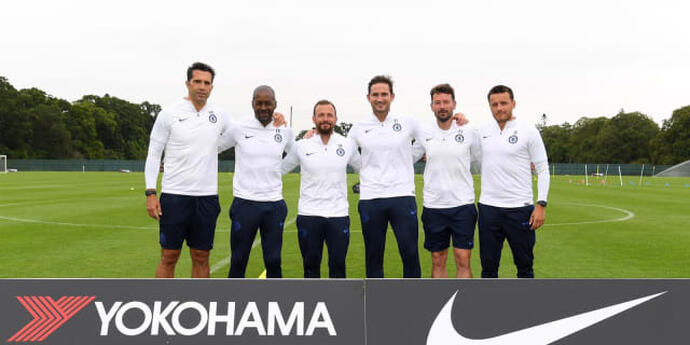 The duo join the new manager as assistants, along with Eddie Newton, who has been promoted from loans technical coach, and Joe Edwards, who steps up from Professional Development Phase Coach.

Two staff members that Lampard took with him to Derby last summer - goalkeeper coach Shay Given and Head of Performance Analysis Stephen Rands - have not moved with him though.

Given has stayed at Derby County and will work with new manager Phillip Cocu, but Rands has been released by the Rams and is looking for a new role.

When asked about Given, Lampard said: "Shay is staying at Derby - it's just the circumstances for him. I've got a good friendship with Shay and wish him all the best."

Rands was Head of Performance Analysis at Manchester City before Lampard took him to the Rams last summer. At the time, the former England midfielder said: “Bringing in Steve’s technical and analytical qualities, and experience from many years in the game, is a great addition to the team.

“Steve is looking for a new challenge and he can be massively important for us in terms of the work we are looking to do on and off the pitch. When it comes to analysis I believe he is at the top, top end of his game and he will help everybody here.”

In total, Rands had been at City for seven years before his Derby move, starting off as a performance analyst before being promoted to Head of Performance Analysis in 2016.