Then: Scorer of one of the most famous goals in history. Now: Player liaison officer at Bournemouth

As Bournemouth's Player Liaison Officer, Jimmy Glass is the ‘go-to man’ for a dressing room full of Premier League players.

Little do some of them of them know about the amazing story that he himself has to tell though.

“Even yesterday morning one of the young players came in to me and said, ‘I didn’t know there was a documentary about you,’” the 49-year-old says with a chuckle.

Because Glass is the scorer of one of the most notable goals in English football history.

FAME AND FALLING OUT OF LOVE WITH FOOTBALL

The date: May 8th 1999. The game: Carlisle United v Plymouth Argyle at Brunton Park in the final game of the season.

To say there was a lot riding on it would be a bit of an understatement. Carlisle had to win to have a chance of staying in the Football League - and even then they had to hope that Scarborough failed to beat Peterborough. The alternative was dropping out of the Football League and, in all likelihood, going out of business.

Glass had only just arrived at the club on an emergency three-game loan from Swindon.

“I was getting ready for my holidays and six weeks off,” he remembers. “The manager called me into his office and said, ‘Carlisle have come in for you on loan, do you want to go?' I wasn't getting in the team for Swindon at the time so my immediate reaction was yes.”

With four minutes of the game remaining, the score was 1-1 and Carlisle were getting relegated. News started to filter through from Scarborough - their game against Peterborough had finished 1-1.

Over the tannoy the announcer screamed: "We’ve got four minutes to save our football club!” There were 10 seconds left when Carlisle won a corner and Glass strode forwards from his own area. The keeper saved a powerful header but the ball dropped to Glass, lurking on the edge of the six-yard box.

He calmly side-footed home and there was pandemonium inside the ground, with thousands of fans pouring onto the pitch. This was the moment Glass had lived his life for. 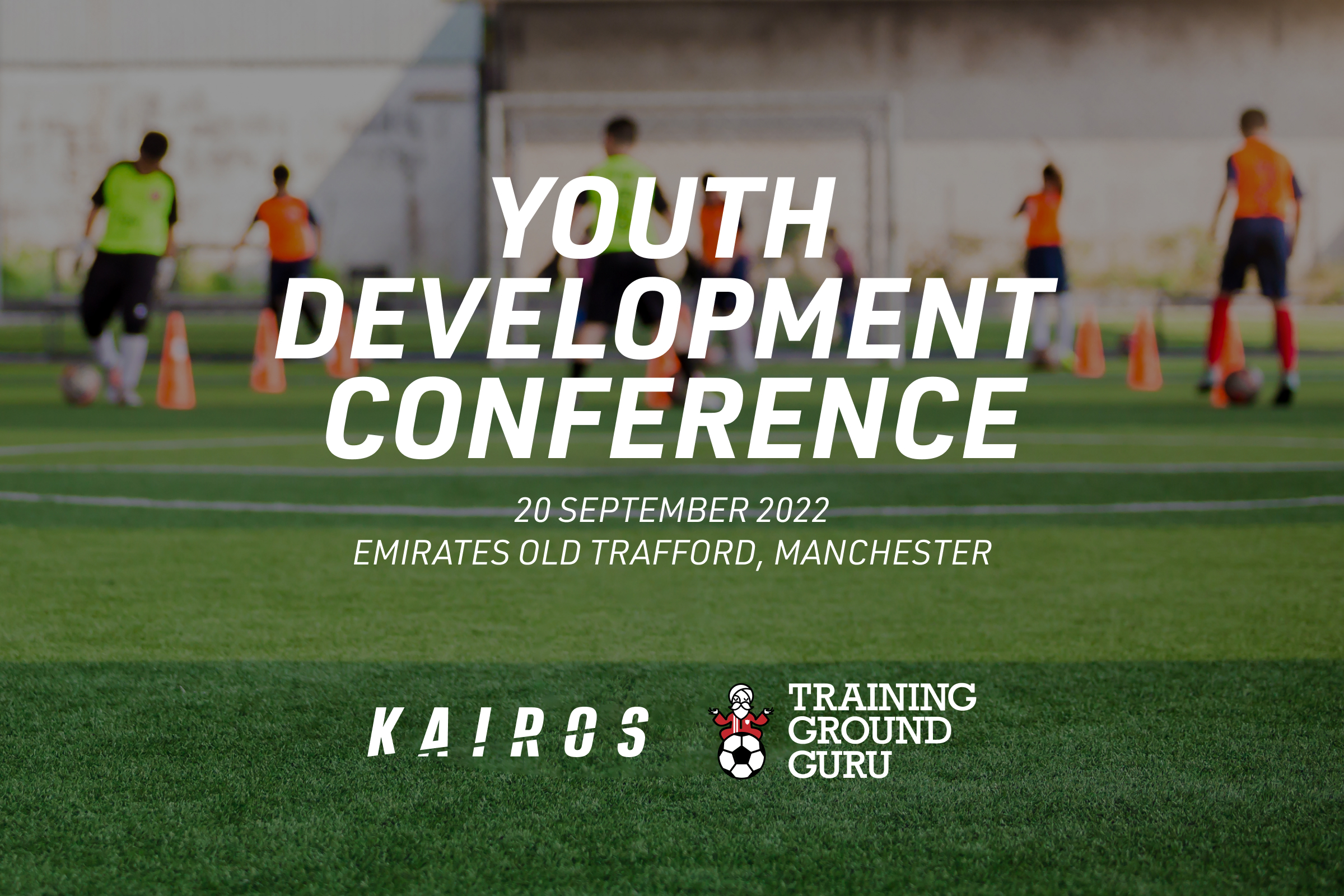 EVENT: This article was produced in partnership with scheduling and communications company Kairos, who are sponsoring our Youth Development Conference on September 20th. You can read more about the event HERE.

“People might look at it and say it was luck, but I'd prepared myself for that moment,” he tells TGG. “When the ball came to me I wasn’t going to miss. I’m not a big believer in fate, but that moment gave a frustrated goalscorer a chance to score a famous goal.

“When I was younger I used to play both up front and in goal. Even at the start of my pro career I used to have two shirts ready on the bench - a goalkeeper's one and one for outfield. Even the day before the game we had a five-a-side in training and I scored a hat-trick.”

The goal propelled Glass to international attention - “I was catapulted onto the back pages of papers around the world” - so it seems astonishing that he had retired from the game two years later, at the age of just 27.

Carlisle failed to offer the terms he wanted, so he went back to Swindon, where he had never seen eye to eye with manager Jimmy Quinn. Glass ended his contract there early and went on to have short stints at Cambridge, Oxford and Crawley, before moving away from the professional game for good.

“I was despondent about the game by then," the 49-year-old admits. "The coaching was poor. Thirteen years as a pro keeper and I had about 18 months of goalkeeper training, not even coaching.

“Any quality work that I did have, I paid for myself on days off. The manager always expected you to be perfect on a Saturday, but would offer shabby facilities, shabby equipment and sub-standard training.

So, for the first time since the age of 15, he found himself outside football’s bubble. There was a two-and-a-half year spell selling computers for an IT firm, before he got his taxi badge and set up a firm in Wimborne, Dorset. At the same time he played non-league and Sunday League football, but it was never quite the same.

His route back into football was an unexpected one.

“A friend invited me to the hospitality at Bournemouth for a Championship game against Blackburn (in February 2015),” he remembers. “I’d hardly been back since I finished playing for them but I really enjoyed it.”

This was the club he’d spent longest with as a player, making 109 appearances between 1996 and 1998. One of his team-mates back then had been Eddie Howe, who was now in charge of the Cherries.

“Eddie was a solid player, a solid character; honest and decent,” Glass remembers. “I’d watched his progress as a manager from a distance and he was producing minor miracles.

“He went to Burnley and came back. By then they had a Russian owner, Maxim Demin, who was willing to back Eddie. They’d started in League Two and were on the verge of the Premier League, within six years.”

On that afternoon at The Vitality Glass struck up a conversation with the club’s Commercial Director.

“He asked what I thought about the hospitality. I said, ‘It’s great, but some clubs have ex-pros doing it.’ He said, 'We've actually been thinking about that. Would you be interested?'"

That was the start of his return to the club, as a matchday host, a job he still does to this day. And once Bournemouth had established themselves in the Premier League, he realised there was scope to improve another area of the operation too. 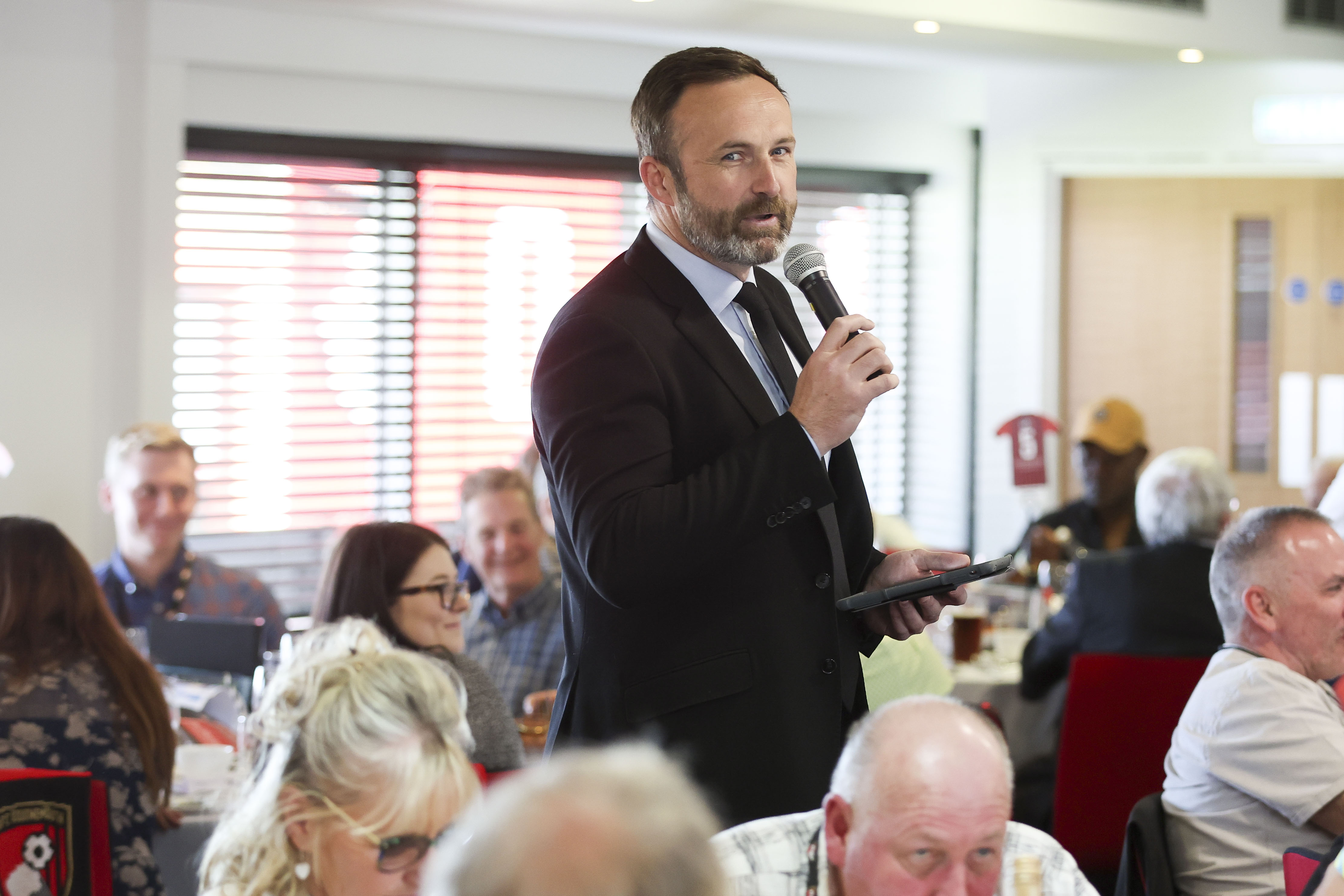 Glass working as a matchday host at Bournemouth

“I could see that Eddie was taking on a lot of responsibility for the team, both on and off the pitch," Glass recalls. "Going into the Premier League I could see he needed some help and for someone to take away some of the problems away from football.

“I went to see him and said, ‘If you employ someone for player liaison, would you consider me?’ That was how I got back into working in football full-time.”

This turned out to be the perfect job for Glass, who is naturally gregarious and had also created a big network of local contacts through his work in the taxi business. His ambition was "to be as professional off the pitch as Eddie and the team were on it."

“Historically there was a go-to man in football who could fix things," he explains. "You could say player liaison is an extension of that. You can’t be ragged, waiting around at train stations or hotels. Everything has to flow."

For the first six years he did all the team logistics, including arranging travel and hotels, as well as travelling with the side on matchday. This season he has focused on player liaison and hosting. So what exactly does player liaison involve?

"When a new player arrives at the club, Lianne Livingston (PA to the Technical Director) helps find them somewhere to live, but after that they are handed over to me," he says.

"Player appearances I oversee. They're important for the club's links with the local community. When I first arrived all the players were buying their cars from the same place, but it wasn’t always the best thing for them, so I developed good relationship with local garages too.”

Are modern players spoilt by having someone to do all this? Glass doesn't see it like that.

“I see my job as being to make sure that, in this small window they have, they can be the best version of a footballer possible and have the best chance of success in a very tough environment.

"There are some players who do pretty much everything for themselves and then there are others who are immature until they go onto a football pitch, when they become giants. You have to understand the nature of the player, how he thinks and what he needs."

One Bournemouth signing has made a particular impact on Glass this season: the communications and scheduling tool Kairos. The club brought it in for their official calendars, messaging and organisation.

“It ticks all the boxes for us,” Glass explains. “You can see it’s been developed by sports people for sports people. All our official communications go through Kairos.

“We have a first-team calendar that everyone has access to and then individual ones as well for the players and staff. So if I have to accompany Dominic Solanke, for example, to an appearance at a local school, then I can put all the details on his calendar and send him notifications.

“The medical team can put their appointments on there too and so can the other departments. It’s a one-stop-shop.”

There’s both a web and mobile app.

"I tend to input information like appointments on my laptop, on the web app, and use my phone for a quick glance at calendars and messages using the mobile app." 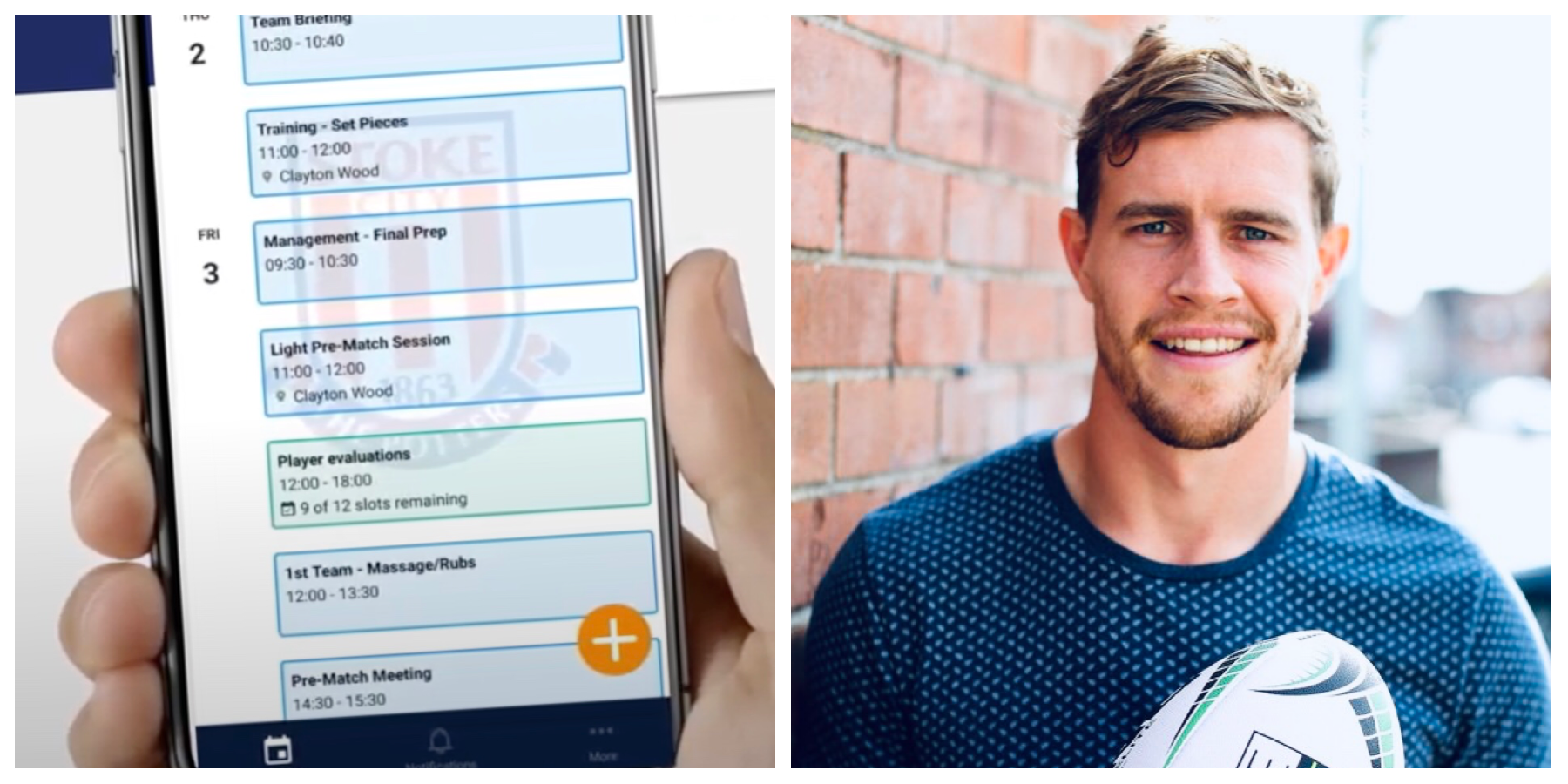 Before Kairos, information used to be exchanged via WhatsApp groups.

“WhatsApp groups have their place, but not for professional and technical information," Glass explains. "We don’t want that being shared outside for a number of reasons. Every club would want the same - a closed environment. Kairos gives us that.”

There's another important use of the app - arranging tickets for the players’ family and friends. Those outside football might not be aware of how important this is, and it's been that way at club for decades.

“Traditionally, players would order their tickets on a piece of paper at reception,” Glass says. “That's not ideal because those pieces of paper can be lost of forgotten or left to the last minute. Now I can put a survey on the Kairos app - ‘how many tickets do you want and which games?’

"This goes onto a spreadsheet and Lucinda (Spencer, PA) prints it off and sends it to the ticket office. No hassles. You are always trying to streamline things and Kairos has really helped us to do that.”

As he said when he got the job, it's about being as professional off the pitch as you are on it.