DURING an illustrious playing career that took in 70 Ireland caps, a record number of appearances for Ulster and a famous win over the All Blacks in Chicago, one thing still always frustrated Andrew Trimble.

“I played for 12 years and saw big improvements in sports science and analysis, but there were communication and scheduling issues the whole time,” the 35-year-old, who retired in 2018, told TGG.

“Different departments would communicate in different ways - emails, PDFs, online whiteboards, WhatsApp, phone calls, Dropbox - and as a player you’re trying to keep a track of it all.

“Being on the receiving end, you’re aware of how much your performance could be improved with really clear communication. I understood how liberating it could be if this was done correctly.”

Instead of silently seething, the winger decided to try and do something about it. After consulting athletes and coaches from other sports, he found out these communications and scheduling issues transcended his own sport.

“I thought I was looking for a solution for Ulster and Ireland, but speaking to people in different sports and at different levels, I found out this went beyond my world,” he said. 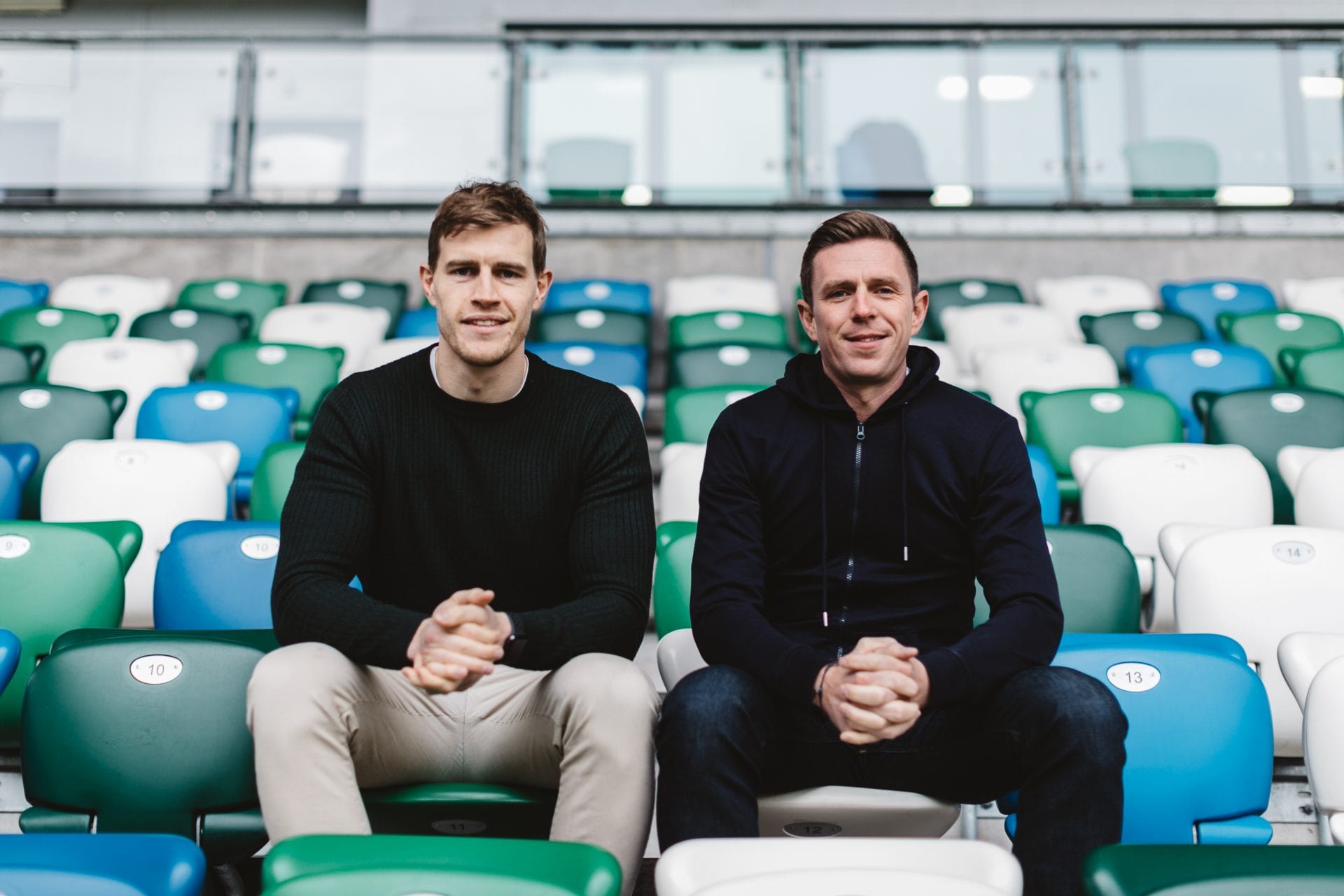 “At one football club, an Academy player got brought up to the first team for a couple of sessions when a senior player was injured. When the player returned, no-one told the youngster and he turned up when he wasn’t needed.”

Trimble, who scored 17 tries for Ireland, teamed up with Belfast-based tech expert Gareth Quinn (pictured above) to create a solution and the result is Kairos, a scheduling and communications tool designed specially for sports teams.

It's a one-stop shop for team scheduling and communication, with a daily calendar, real-time notifications and instant updates. Training schedules and sessions can be uploaded into the system, while appointments can be booked by a player or member of staff, be it a physio, analyst or press officer.

Clients include Stoke City and Northern Ireland in football, and Ulster and Worcester Warriors in rugby union.

“We wanted to be world-class in this one area, with the player at the centre of everything," Trimble said. “There will now be less confusion, less phone calls and less last-minute changes.

"And if there are any, they'll be communicated efficiently, so everyone knows where the information is.”

The huge growth in the number of backroom staff and application of science at clubs has resulted in players being tested and monitored like never before.

As we’ve outlined before, it can be akin to “24-hour surveillance”, with dozens of “touch points” between player and practitioner during a typical week.

The risk is the player becoming a “puppet or passenger”, according to Trimble, which is why it is so important that they know what's going on with their training and performance.

“For me, an athlete is always at their best when they drive and engineer their own performance,” he said. “If it’s just a series of coaches and practitioners saying ‘this is what I want you to do,’ then it’s not good.

“We’re trying to get to the point where everything is integrated between players and staff, but every individual has their own bespoke schedule within that.

“They will be able to see everything that's going on, day by day, and also have the autonomy to book appointments and arrange one-on-ones and manage their schedule."

Coaches can complete session plans in the back-end and also upload attachments and videos, which marks a big improvement on Trimble's experience as a player.

"You'd sometimes get an Excel sheet with 50 different tabs for the last 50 sessions. It might be put into dropbox, it might be live, and you didn't know if someone had viewed or updated it. Often, the players were the last ones to find stuff out.”

There are also moves to integrate third parties - “sleep data, athlete management, GPS, nutrition” - meaning the player will be able to get a holistic view of their performance and readiness in the short, medium and long term.

“As a player I knew there were things I had to do - hitting targets in my GPS, S&C, high-ball reception kicking, whatever my skill add-on was - in order to be ready to play and to perform," Trimble said.

The Ulsterman, who is doing online demos of the product for interested teams, believes there will be big time savings for coaches, practitioners and players.

“The lazy way to schedule is to put everything in a list and send that out," he said. The player has to redraft it, remove stuff they don’t need and then it becomes an individual rather than a team schedule.

“When I was with Ireland, I used to get a PDF emailed to me the night before with the following day’s schedule. There would be a lot of stuff that didn’t apply to me, so I’d have to redraft it and create my own calendar. Then I was hacking ways of trying to make it live.

“Kairos does that for you and is available on any device at any time."

Joe Schmidt, who led Ireland to two Six Nations titles and a Grand Slam, was a major influence on Trimble’s career as a player and has also been a sounding board for the development of Kairos.

“Joe is a big believer that the intensity of training should be the same as the game," Trimble said. "The big point he made was that if players know what they are going to have to execute in a session, then it will be more of a performance than a training run.

“If they know what the numbers to the drills are, who’s in bibs and who’s not, what equipment is required, which coach is taking the session in what corner of the pitch, then you can squeeze an hour session into 45 minutes.

“The intensity and accuracy will be higher and the transitions will be quicker. This stuff matters in elite sport.”

The outbreak of the coronavirus pandemic has made scheduling and communications more important than ever.

Return to Training protocols in the Premier League and EFL have stipulated that players must arrive at the training ground at set times and train in small groups of up to five players. They're sent training plans in advance and team meetings won't take place outside of the virtual world for the foreseeable future.

“One coach told us they have protocols for where the guys are supposed to arrive, what door they’re supposed to come into, and how they’re operating a one-way system around the training ground," Trimble said.

“If you try and organise that in iCal, you have to get every specific group to subscribe to a calendar or else put the whole squad on and itemise everything. It becomes like a quiz. We can really make that easier. All the info the player requires will be in Kairos.