FOR his recent paper on the past, present and future of sports science in football, Professor Barry Drust counted the number of ‘touch points’ a player had with a practitioner during the week.

"People talk about footballers’ unwillingness to be involved in these things, but I don’t know many people who have that level of scrutiny about what they do day-to-day, and I wonder if this has potential to cause issues,” Drust, the Professor of Applied Exercise Physiology at Liverpool John Moores University, told TGG.

A couple of years ago, we did a piece on the day in the life of a Championship footballer, based on a video Norwich City had produced with their skipper Russell Martin.

After arriving at their Colney training ground at 8.45am, Martin was weighed; did blood, urine, hydration and heart rate tests; a wellness and readiness questionnaire; a functional movement screen; took his supplements; did pre-training preparation in the gym; saw the physio to have strapping applied and a massage; put his GPS vest on; and did pre-activation and mini conditioning.

That was all before he had even taken part in the main training session on the pitch at 11.15am. After training, there was cryotherapy; a strength, power and injury prevention session; and an analysis session while having a recovery drink.

Drust’s research showed this is not untypical and you can see a breakdown of the interventions by sports scientists that he recorded in the table below. Add in monitoring of sleep and diet and you could have something akin to 24-hour surveillance, as Drust describes it.

The former Football Association and Liverpool sports scientist says clubs and practitioners need to think more carefully about the impact that these interventions could be having on players.

“It is almost like 24-hour surveillance,” he says. “And when you think of it as surveillance, not monitoring, then your perception of it changes, but nobody really thinks of it that way. “Unfortunately, what often happens is the athlete is not put at the centre, when he or she should be. Then we think about mental health issues and the implications of any of this stuff in the long term.

“We’ve got to this stage where we’ve got all this technology but don’t really know how to implement it effectively. I don’t know how much of it is actually changing practice. Most of it stays on the sports scientist’s laptop and doesn’t go much further, which is a big problem.

“You could argue it’s unnecessary surveillance. Just because the sports scientist can’t decide what is the most important information, should they then collect more and more just to effectively cover their backs? What you end up with is numerically assessed uncertainty.

“If you have a measurement tool that only measures one aspect of the physiological system and is unreliable and doesn’t necessarily move you any closer to making a decision, having that number doesn’t make you any more certain. You may as well just ask the person or guess.

“In an attempt to become more professional, you inherently make more problems for yourself than doing it in a simple way. No club is going to give me £200,000 a year to walk in and watch me ask the players how they feel, so I have to bring a certain amount of paraphernalia to look like what I’m doing is different. 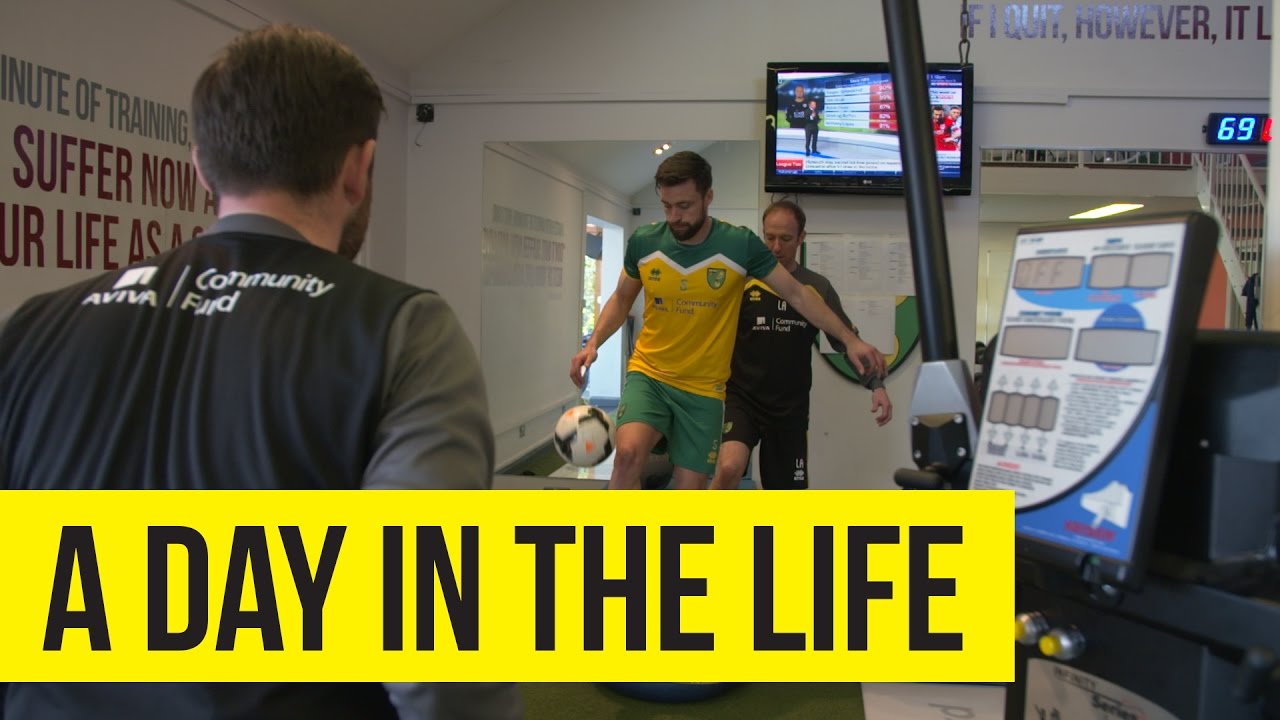 READ MORE: A day in the life of a Championship footballer

“How do you make people responsible on the field when you’re doing everything for them? That’s not saying some of that stuff’s not useful, or that the guys earning £200k aren’t adding value, it’s just not always in the places where they think.

“Generally, data scientists are there now to try and make sense of the information people thought would be useful and now doubt if it is. It’s like a cascade of intervention.”

Scott Guyett, the Head of Sports Science at Crystal Palace, touched on this when we did a piece on pre-season at his club.

“You can get a little bit carried away with testing," the Australian said. "They’re footballers. Sometimes the best way to find out how a player feels is to talk to them. We don’t want them doing half an hour of testing to find out if they’re ready to train. Everyone is trying to sell you the latest bit of tech that will reduce injuries by 40%, but get the basics right first.

"Is your periodised week correct? Are you training correctly? Are you doing the right things at the right times? If not, then the tech doesn’t matter."