HUDDERSFIELD TOWN had the 19th most productive Academy in the country in 2020/21, despite having made the controversial decision to downgrade from Category Two to Four in September 2017.

TGG's Academy Productivity Rankings assess Category One to Three clubs according to the number of England-eligible players they produced who made at least one league appearance (for any club from the Premier League to National League) in 2020/21.

Category Four teams do not feature, but we carried out research on two - Brentford and Huddersfield - and found that the Bees would have placed 59th and the Terriers 19th. That would put them above 11 Category One outfits - Crystal Palace, Norwich City, Fulham, Newcastle United, Blackburn Rovers, Wolves, Derby, Sunderland, Brighton, Burnley and Stoke City.

Huddersfield have actually risen from 33rd place in the 2016/17 Academy Productivity Rankings (their final season as a Category Two Academy) to 19th in 2020/21. The club's decision to downgrade in 2017 meant they only ran Under-17 and U19 sides at youth level, with a B team introduced at the start of 2020/21.

Leigh Bromby (above left), who was promoted from Huddersfield’s Academy Manager to Director of Football in February 2020, told TGG: “This research has given the club a lot of confidence and shows we’re moving in the right direction.

“The changes to the Academy brought criticism, but this was a strategic decision, not off the cuff. Our position in your rankings is where we want to be pitched, alongside Category One teams.

“We couldn’t compete before, so it shows we’re on the right lines. We’ve got good numbers into our own first team, we’re really productive, which shows in those stats. It’s been a really interesting journey but it seems to be working.”

Huddersfield had a score of 71.81 in the Productivity Rankings, with 11 of their graduates having played in the Championship in 2020/21. Their impressive productivity is down to a range of factors.

Firstly, they have given opportunities to homegrown players at senior level and appointed a Head Coach, Carlos Corberán, who has both a remit and a track record of working with young players. In his previous role, at Leeds United, he was both U23s Lead and a first-team coach.

Central midfielders Lewis O’Brien and Scott High are the flagbearers for the new generation of homegrown Huddersfield players. O’Brien joined the club as an U11 and has already made 29 first-team appearances this season; High joined as an U9 and has made 21 appearances.

“This year 24% of our first-team minutes have gone to Academy players,” explains Bromby. “That’s the most important thing for us - players impacting matchday squads. This season we’ve won a lot of games with Lewis and Scotty in central midfield. They’ve both come through our system."

Of course both players had most of their formative years when the club was Category Four and Bromby admits: "They both came through in in the old way of working and what will be interesting is the ones who come through next.”

The Terriers have changed their methods of recruitment since scrapping the Foundation and Youth Development Phases - with a deal of success. 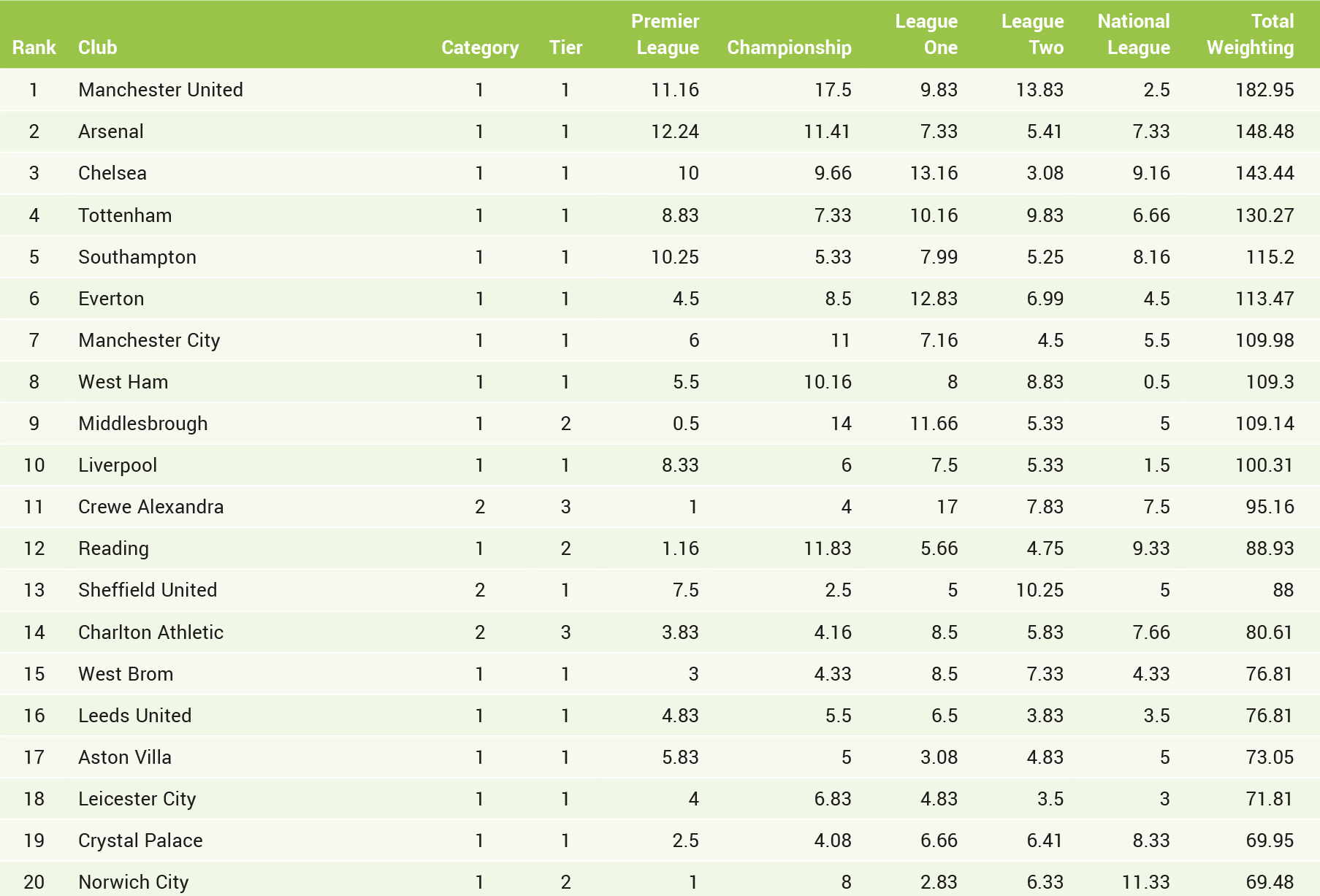 Top 20 of the Academy Productivity Rankings. Only Cat 1-3 clubs are ranked, but Huddersfield would place 19th, above Crystal Palace.

They are looking at players who have dropped out of other Academies, like Jon Russell, who arrived as a free agent in July 2021 having spent 13 seasons with Chelsea; players from the lower leagues like Sorba Thomas, who joined from Boreham Wood in January 2021; and also top-class loans who will likely return to their host clubs, like Lewi Colwill from Chelsea.

“We look at other talent and older players,” explains Bromby. “There’s that U23s bracket and people falling out - different journeys, different backgrounds. The players come to us on a scholarship, so we start recruiting at U16s. Players who have dropped out from clubs at U16s, we will invite them in for trials.

“We do the education with them, the two-year scholarship and progress from there. So it’s very similar to what other clubs are doing but it’s at the Professional Development Phease.

“We’ve been good at developing the late developers, the Q4s and Q3s (birthdays). The B team has been a good bridge. Jon Russell came to us from Chelsea and we would say he’s a product of what we are doing with the B team.

“Chelsea had decided not to give him a contract, we’ve done lots of work with him. He’d been with them since eight. Chelsea have done some fantastic work with him and we’re trying to do the end piece. Kieran Phillips started with us, went to Everton (at U13 level), they released him and we brought him back when he was 20.”

The club have also effectively utilised outgoing loans, which meant several of their players gained productivity points with other teams in 2020/21.

“We’ve got nine players out on loan at the moment and hope they will come back and work with us,” says Bromby.

One is Rarmani Edmonds-Green, who signed for the Terriers from the Nike Academy at the age of 17 and is impressing on loan at Rotherham this season.

Huddersfield aren’t resting on their laurels, however - especially with Brexit now greatly impacting what happens in youth recruitment. English clubs are no longer able to sign European players under the age of 18 and are limited to bringing in three players between the ages of 18 and 21 from the Continent in each transfer window.

“It’s turned against us again in terms of Brexit,” admits Bromby. “Everyone is now recruiting in a smaller pond. What we’ve done before, taking players out of Category Three, we’ve got numerous of those players who are doing well for us, now the other clubs are looking at that, so that’s become really expensive.

“We will be looking again now for strategic change. One of the main reasons we went Category Four was because we can change according to what’s happening in the market.

“We can’t do anything about Brexit, we need to adapt quickly. We are not hamstrung by funding or someone saying what we can or can’t do. That was one of the main reasons we changed, because we’ve got an owner (Dean Hoyle) who’s entrepreneurial.

“We need to now be agile within the market, because there are some unbelievable operators. The levels we are competing against are unbelievable. There are elite ways of working, particularly at Cat 1 level, which is world-leading.”