SC Cambuur were promoted to the Eredivisie last season

DOING things the same way as everyone else has never really been an option for SC Cambuur, a small club with big ambitions in Holland's Eredivisie.

Cambuur are less than 60-years-old, play in a stadium with a capacity of 10,000 and are about to play in the top flight for only the eighth time in their history.

Youth development and innovation are at the heart of their vision, as Youth Co-Ordinator Jelmer Hofstee told TGG.

“We can’t just go for the traditional training stuff, because everyone is doing that and the ones with the most money will always win,” he said. “We are a small club with not a lot of money and have to do things differently to our competitors. We are always looking for new innovative ways to develop.”

This twin focus on youth development and innovation led Cambuur to JOGO, an Amsterdam-based start-up that uses computer vision and sensor technology to gather insights for players and coaches.

JOGO, which has the motto “track, analyse, improve”, was developed by entrepreneur David Dwinger and launched in April 2020. Dwinger, who has a background in enterprise technology, had been surprised by the lack of data that was being collected about his son, who was - and still is - a player with a top Academy in The Netherlands. 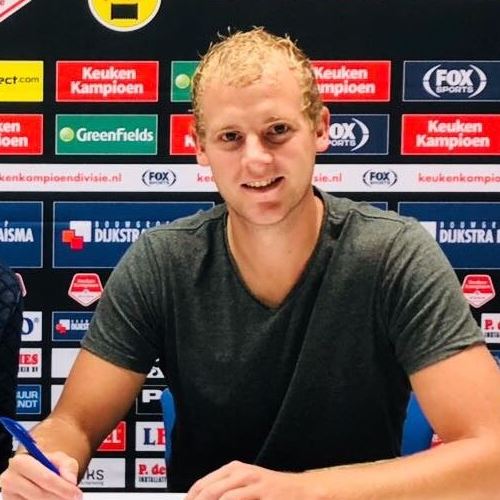 The platform uses artificial intelligence, video analytics and sensor technology to capture a player’s physical, technical and cognitive performance data from both their training sessions in the app and on the field.

This, in turn, enables young players and coaches to monitor performance and development in a player-specific, objective way.

Cambuur, who are aiming “to bring two or three players into the first team every season,” according to Hofstee (pictured), decided to become early adopters of the product.

“We had an intern who was researching physical data and coaching and she was the one who found out about the company,” Hofstee explained. “They came in and did a presentation for us on what they were doing and where they wanted to go and we were impressed.”

The club's productivity was impressive last season, with four Academy players - Jhondly van der Meer, Dylan Smit, Mees Gootjes and Stefan Deuling - making the step up to play for the senior side in the Eerste Divisie, but Cambuur know there will be a step change in quality in the Eredivisie from next season.

Cambuur trialed the JOGO app with their youngest age groups in April and May this year and have recently rolled it out across their Academy. It is free to download and contains a library of training videos that have been put together by qualified Academy coaches and sport scientists.

It has enabled Cambuur’s players to hone their skills away from the confines of the club, which was especially useful during lockdown.

“We thought it would be nice to have an app to give the players some homework,” Hofstee said. “Homework is always a difficult word, usually it’s not fun, but now you have homework that’s fun.

“We can give players help to develop in addition to training. If they don’t use their weaker foot, we can send them exercises through the app to train that. I think this is the most efficient way to develop the player.

“The players film themselves doing the exercises and then send them back to their coaches.”

JOGO is more than a collection of video tutorials, however.

“The AI was the really important thing for us,” Hofstee said. “It was something unique, something different.”

Computer vision enables the app to derive data from video and by using pre-determined angles and datasets for each exercise, it can assess how well a player has performed.

James O’Neill, the company's Director of Business Development, told TGG: “The player opens the app, chooses the exercise that has been assigned and then films him or herself doing it using the phone’s camera.

“They can prop the phone up against a water bottle or the fence, for example, and a body shape outline appears on the screen to make sure they’re within the right parameters to be filmed.

“There are exercises for ball mastery, reaction times and cognitive skills, and quality of activity is assessed by the app. The player can compete against themself, by monitoring their progress over time, or against their team-mates on leaderboards.” 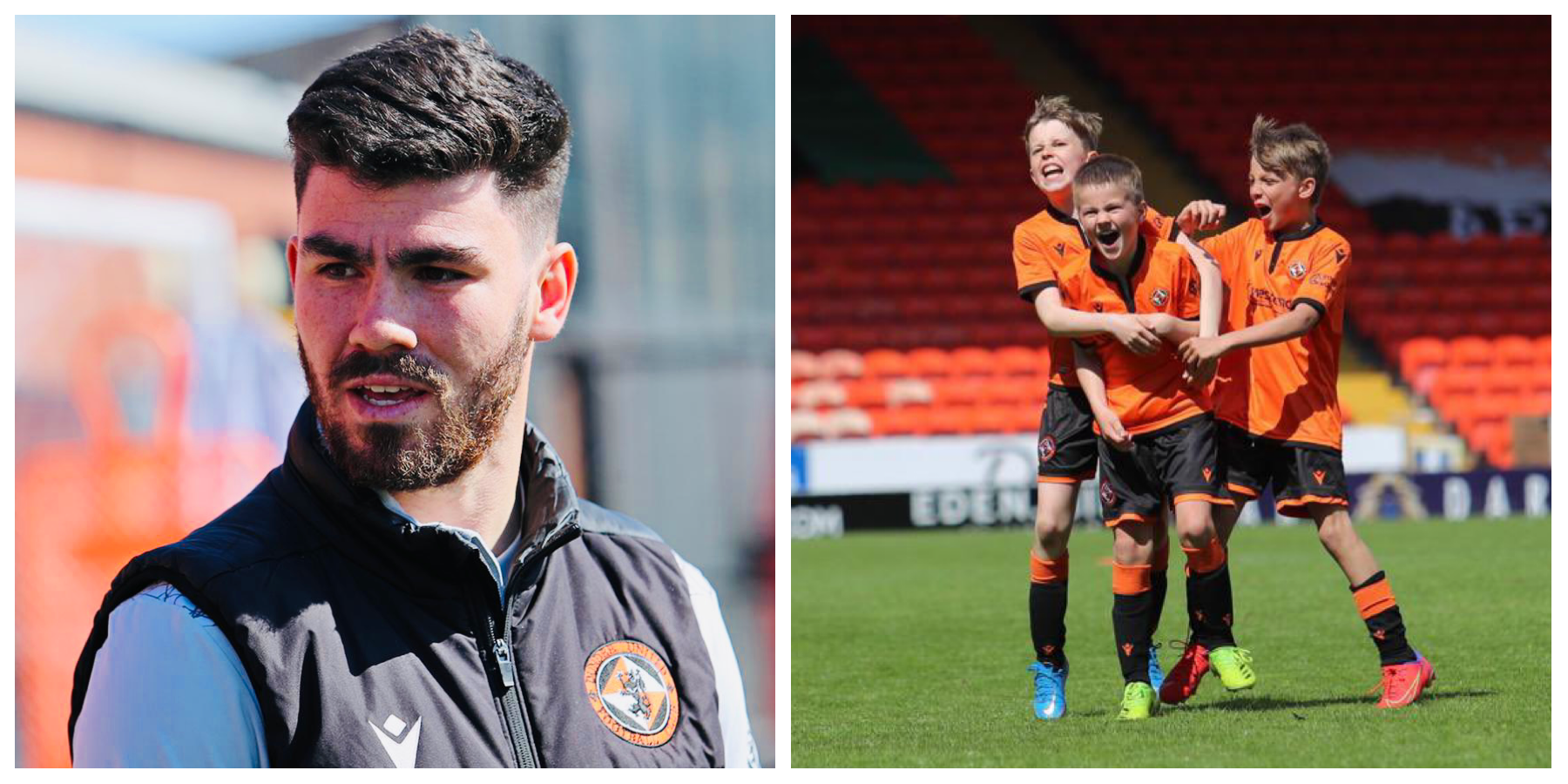 This introduces an element of gamification into training, which is something today's young players have grown up with.

As Dundee United Academy Manager Andy Goldie told us last month: “People say kids are playing too much Xbox. That’s not going away though, not in our country, not in any country. So we need to embrace it and integrate it.”

Hofstee added: “The player is not only doing the exercise, but interacting with it and being assessed. They might be prompted to move left or right with the ball, for example, and the quality of their execution and reaction time will be measured.”

JOGO believe their other major point of difference is in the use of sensor technology, which enables the app to capture additional metrics such as speed, acceleration, leg-distribution, time on the ball and ball touches. 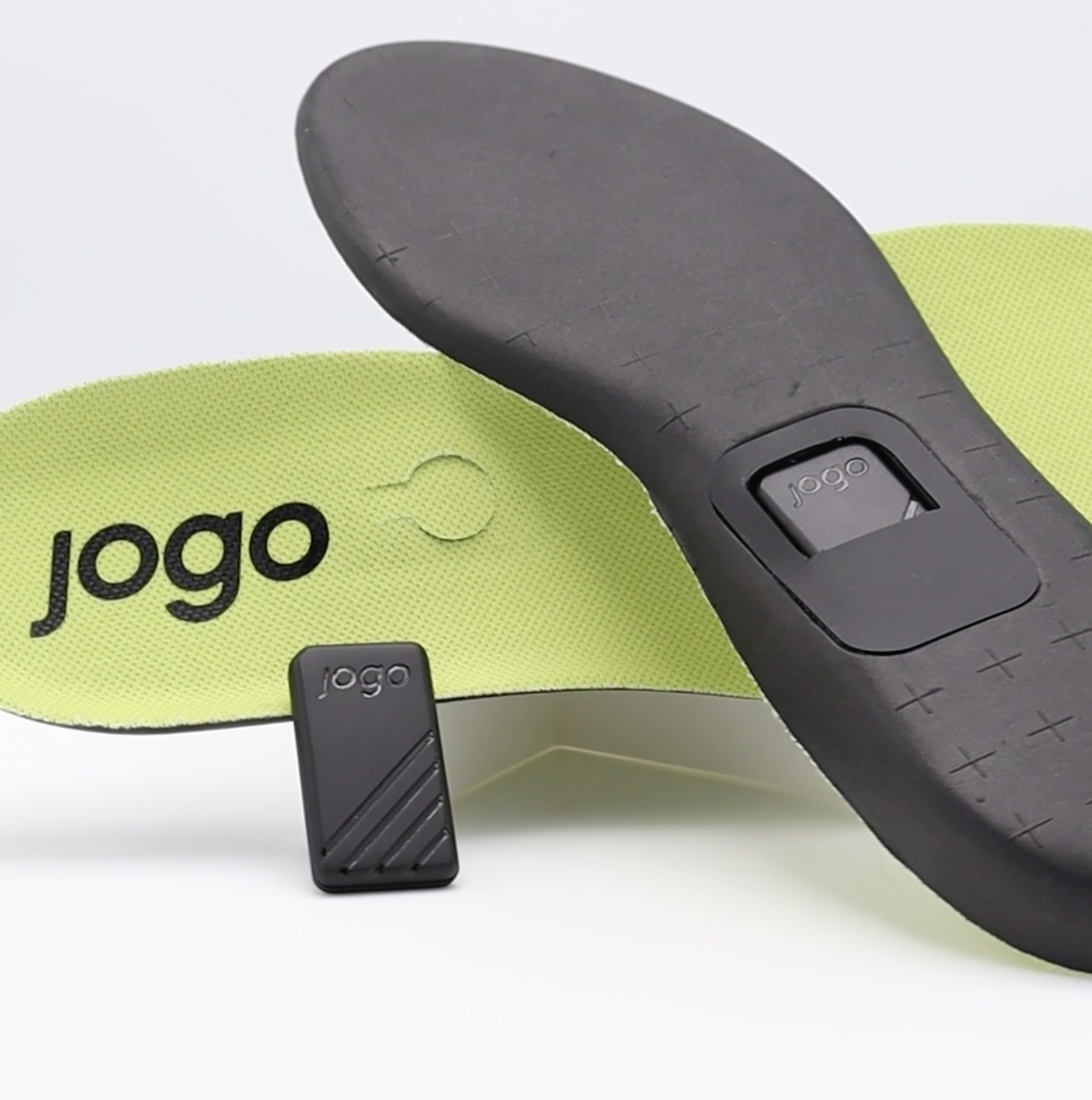 The sensor, which is about the size of a Euro coin, is located in the middle of a special insole that a player places in their shoe. It contains an inertial measurement unit (IMU) with an accelerometer and gyroscope. The player syncs it with their app by scanning a QR code and is then ready to go.

“It’s very interesting for us to have both the physical data and also the technical data together. It gives a good image of what the player does with objective data, which was difficult to see and to test before.

“Because the chip is inside the shoe, players don’t notice it and it can’t be damaged. We are getting a lot of the same physical data as from GPS, all we don’t have is the heart rate data.”

Cambuur’s achievement in reaching the Eredivisie - winning the league by a whopping 15 points from runners-up Go Ahead Eagles - was all the more impressive when you consider the disappointment they had faced a year earlier.

Sitting 11 points clear of the play-off places with only nine games to go, the KNVB had annulled the Eerste Divisie season, ending their hopes of promotion.

“That was a difficult situation for us, but this year we managed to stay on top of the league and get promoted,” Hofstee said. “We managed to get revenge.”

The club, based in the north of Holland, is less than 60-years-old and their Academy is only five. Prior to 2016, Cambuur’s youngsters trained at nearby FC Groningen, but now they have their own Academy with five teams - U12s, 14s, 16s, 18s and 21s - and 22 players in each.

Other clubs and federations are now using JOGO, including Valencia and Fifa, but Cambuur hope that by being early adopters they will have a head start with the technology.

“We’ve helped them to develop the app and they’ve helped tailor it to our needs,” said Hofstee. “I think it will only get better now with the sensor, more exercises and the development of the AI.”