Dundee United and the quest to develop unique players

ANDY STEEVES has been Dundee United’s Individual Performance Coach since last July and says his remit is clear: “To develop identities, so that we’re not churning out the same player time and time again.”

His role is a new one, created by an innovative club who have made youth development one of their key objectives. Their ultimate aim is to develop “Champions League players” and this season has been impressive, with 11 Academy products appearing in the first team - more than at any other SPL team.

For their final game of the campaign, against St Mirren today, the Tangerines fielded seven Academy graduates in their matchday squad and five in the starting line-up.

Steeves and Academy Manager Andy Goldie told TGG why they place such a focus on the individual and exactly how they do it:

Goldie worked as an Elite Performance Coach for the Scottish Football Association for seven years before moving to Tannadice in February 2019. He believes Scotland has been guilty of trying to produce identikit players in the past, “ones who’s just pass, pass, pass.”

There has also been a focus on what youngsters can’t do, rather than what they can, and on developing their “super strengths”. This leads to producing average players, he says.

This is why Goldie decided to create the position of Individual Performance Coach, appointing Steeves to the role nine months ago.

In time, he wants there to be a “dedicated team beneath Steevesy, with skills coaches, technical coaches and position-specific coaches.”

Goldie also says young people expect and are accustomed to being treated as individuals now.

“Connection with players is still the most important thing a coach can have,” Goldie says. “We have to find out what motivates and inspires these youngsters and ask how we can use that.

“We want players to take ownership of their own development and to make their Individual Performance Plans bespoke to them.”

Steeves is 26 and made more than 200 appearances for Montrose during his career as a pro player. He was an Academy coach at Dundee United for 14 months before becoming Individual Performance coach and says there are two main components to his new job.

The first is overseeing the football education of a selection of Academy players at the Baldragon Academy in Kirkton. The club’s partnership with the school started last year and sees 15 of the most promising young youth players (five from each of the Under-13s, 14s and 15s) enrol at the school.

Outside of their standard curriculum they get 10 additional hours of football education (totalling 1280 hours over the course of their four-year programme) and this incorporates sessions on tactical, technical, physical and mental performance; performance and data analysis; lifestyle and nutrition sessions; and "constant education support". 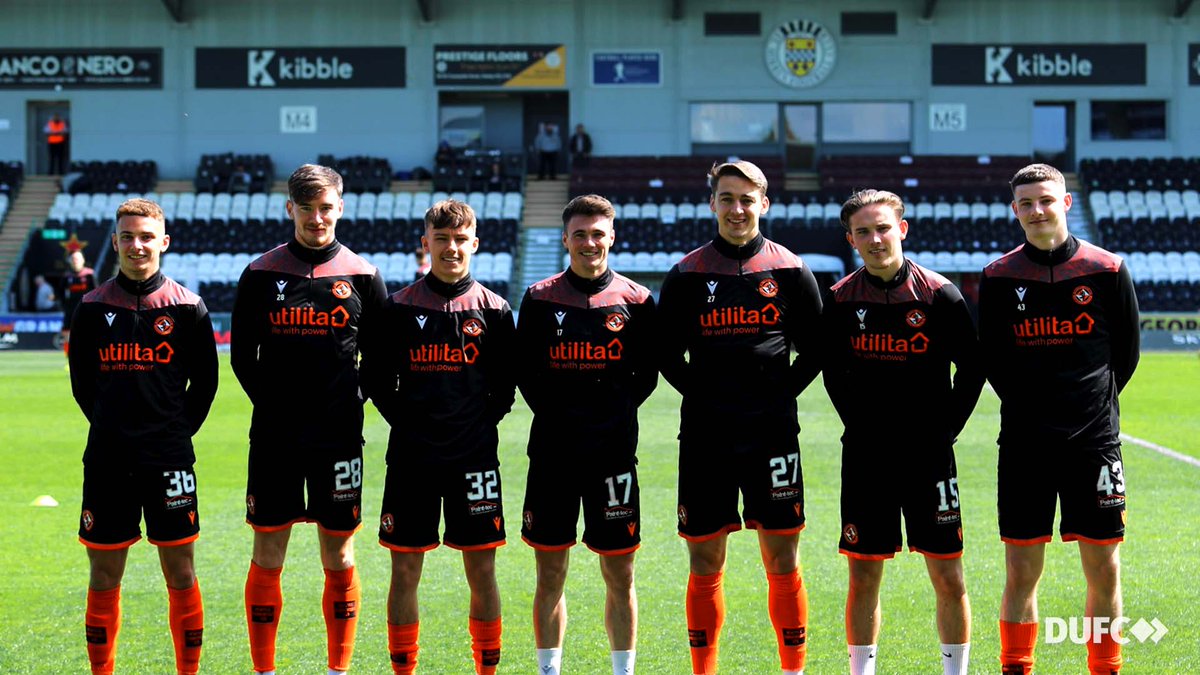 The second part of his job is with the wider Academy. Every player (admission starts at the age of 10) has an Individual Performance Plan, which lays out their personal identity, ambitions and a bespoke plan for their development, covering mental, physical, tactical and technical. This is a collaborative piece of work that's developed by both the player and the staff.

“They establish their identity as a player and choose a role model as well,” Steeves explains.

Because “it’s unrealistic to say I’ll see every single player in every age group evert single day”, relationships between Steeves and the age group coaches and wider staff are key.

Even in group training sessions, there will usually be a focus on individual development.

“Say the group session is on crisis moments,” says Steeves, “there will be a shadow coach focusing on a specific player, or on a unit, say the the centre backs and goalkeeper, while the main coach takes the overall session.”

It’s obviously difficult to focus on individuals if there are lots of players and few coaches, so this has been a priority for Goldie since he arrived at the club.

“We are allowed up to 20 players per age group,” he explains, “but one of the first things I did when I was appointed in February 2019 was to cut back all our age groups to 12 maximum.”

Allied with an increase in staff, this meant players getting more one-on-one time.

“We only have 12 signed players per age group and two or three coaches per session per training group,” says Steeves, “so the shadow coach or goalkeeper coach can target a player they really want to work with within the wider group.”

“If our U11s play on the Saturday and our U12s play on the Sunday, cutting the group sizes to 12 will allow our young players to play more often. I didn’t think they were playing enough when I arrived. We had squads of 17, 18, and some were getting 30 or 40 minutes or even less on a weekend.

“Everyone starts playing football to go out on the pitch and express themselves, to make mistakes, to experience winning and we have to remember that.”

The Academy is dealing with youngsters from Gen Z and Generation Alpha and the learning techniques required are very different than for previous generations.

“All the players are encouraged - by us and by their teachers - to ask ‘why,’” says Steeves. “That’s the generation we have and as coaches we have to be fully prepared when we go into a session, so that we know why we’re doing something and can communicate that to the players.

“Do that and they’ll back you and run with it.”

Gaming is also a big part of the lives of most of the young players and Goldie says this is something the staff harness, rather than deriding it. 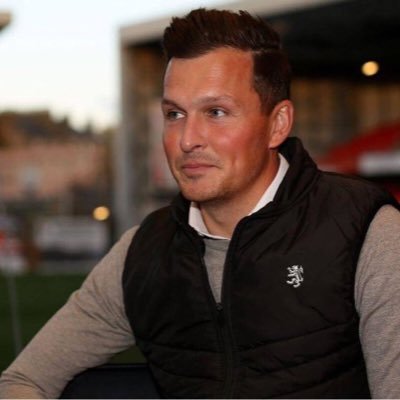 Goldie (pictured) says: “People say kids are playing too much Xbox. That’s not going away though, not in our country, not in any country."

"So we need to embrace it and integrate it.”

For example, players are encouraged to share videos of the skills and moves they’ve executed on Fifa and then try to re-enact them at the Academy.

“We had a U10 who came in the other day for a 1-v-1 session - we do those across the board - and the first thing he did was rainbow-flick it over the other kid’s head.

“It went over the fence, but the fact he had seen it on Fifa and then executed it had to be celebrated. After that he can practice and refine it. We know the players are around each other on the Xbox when they finish at the club.

“They come in with videos the next day to show on their phones. We encourage that.”

Similarly, they try to ‘gamify’ analysis sessions at the younger ages.

“We try to make it fun,” Goldie explains. “Liam Ross, our Head of Technical Performance, makes a lot of the analysis sessions quiz based.

“They’ll go through a video clip, show a scenario, and then ask, ‘What would you do? Would you take the player on? Would you pass?’”

“In Academy football, there’s a risk of trying to improve absolutely everything and ending up with an average player,” says Goldie. “Instead of that, we want to develop their super strengths.”


He uses the example of Chelsea and Scotland midfielder Billy Gilmour, with whom he worked when he was an Elite Performance Coach with the SFA.

“Billy’s coaches could have focused on the fact he wasn’t the fastest, or the strongest, but instead they looked at developing what he could be exceptional at, which was beating a man, reading the game, fantastic technique.”

And rather than creating players using a cookie cutter, Goldie says, “we want to develop the game and develop new types of player we haven’t seen before.”

He adds: "One of the early messages I was delivering to the coaches was, 'remember what your job title is - coach, not identifier.'

"We can all identify what someone can or can't do; the difficult part is to develop them, including what they’re good at to turn them into super strengths."

6. Philosophy running through the club

Common themes run throughout the club, although the way they are implemented differs depending on the age group.

“For the pre-Academy players, it’s not group sessions, not focusing on where players should position themselves in a seven-a-side, it’s skill acquisition, one-on-one decision making,” explains Steeves.

“For our Professional Phase players, who are full-time up at St Andrews at the High Performance Centre, there’s more of a tactical focus, sitting down with Adam Ashgar (Professional Performance Coach) and Tam Courts (Head of Tactical Performance) to go over their performance in training and games.”

They use unopposed practice to learn new techniques before adding "layers”.

“Unopposed can be very useful for developing technique through repetition,” says Steeves. “Take deep crossing. We might do it unopposed, then add half pressure with a striker to get on the end of things, then add a defender to create an opposed situation.”

Goldie says the Tangerines operate a “bottom-up” model, with new ideas introduced in the younger age groups before being adopted further up.

“The Individual Player Performance system was a bottom-up model, but now the first team staff have started integrating it, especially with the younger players, because we have a number of 16, 17, 18-year-olds with the senior squad.

“Everything we do, we want to be integrated throughout the club. As the playing style develops, that will be integrated.

“We want to develop a player who is first-team ready, so the more consistency there is the easier that transition becomes for them.”