Roberts has been Wales Technical Director since 2007

WHEN Osian Roberts announced last week that he was leaving his homeland to become Morocco’s new Technical Director, he said: “I was once called the most influential man in Welsh football, which I have never felt comfortable with or believed for one second.”

The 54-year-old may be too modest to accept that accolade, but David Adams, the former Middlesbrough first team coach and Swansea Head of Coaching, says he definitely deserves it.

The duo have known each other since 2003, when they were both Football Development Officers (Roberts in Anglesey and Adams in Merthyr Tydfil) and in 2010 masterminded Wales Under-16s' historic 4-0 win over England in the final of the Victory Shield (with Roberts as manager and Adams as assistant).

Few are better placed to assess the impact Roberts has had on Welsh football since being appointed Technical Director of the Football Association of Wales in 2007.

“Osian has been a incredible coach educator and strategic leader,” Adams tells TGG. “He has transformed Welsh football in the last 12 years.”

Adams, who leads the Pro Licence course for the Welsh FA, says Roberts has had two major areas of impact - coach education and player development. In terms of coach education, a plethora of top practitioners have earned their badges on FAW courses, including Steve Cooper, Mikel Arteta, Patrick Vieira, Garry Monk, Chris Wilder and Eric Ramsay. 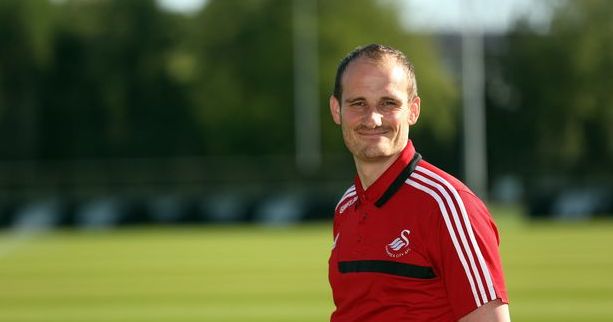 “It's no coincidence that so many top names want to do the FAW courses," Adams says. "When Osian came in, the courses were run from Aberystwyth University and he moved them to Dragon Park in Cardiff, where there were better facilities and he was able to create a better learning environment.

“People soon saw the added value of the FAW courses, which is why so many big names from around Europe came on board.”

“Osian has been personally involved with a lot of the younger players who are coming through into the senior Wales side - Connor Roberts, Harry Wilson, Tom Lawrence, Ethan Ampadu, Chris Mepham.

“He put the player development system in place in Wales, with a regional structure, more professional infrastructure and better coaches around it. He put a head of recruitment in place with the FAW and worked hard to develop the relationships with the clubs.

“A national playing philosophy was established that now runs throughout the Welsh Premier League Academies and the quality has improved in the league as well, with the likes of TNS and Barry competing with credit in Europe, which didn’t happen before.”

Having served as coach and then assistant with the senior Wales team since 2011, Roberts has also been involved at both a hands-on and strategic level with the country’s climb up the international rankings.

When he took the Technical Director job in 2007, Wales were 117 in the Fifa Rankings. After reaching the semis of Euro 2016, they reached the heady heights of number eight.

Roberts was interviewed for the manager’s job after Chris Coleman left for Sunderland in 2017, but the FAW gave it to Ryan Giggs instead. Now Robert leaves for Morocco next month, having recently turned down the chance to become assistant at a Premier League club.

“Osian knew the landscape in Wales, he knew the areas that needed to be developed, and he has truly transformed football in this country," Adams adds. "Now it's important we make sure his legacy is maintained and even built upon.”