Karen Bardsley was a bonus addition to the published schedule

This was our first online conference and featured nine speakers and more than 100 delegates. Jones, who took England to the Rugby World Cup final last November, featured for an hour and took a number of questions from the floor.

The Australian talked about leadership, what he’d learned during lockdown, data science and his aim of making his side the best the game has ever seen.

“You’ve got to dream big, because no-one knows where you can go,” he said. “No-one knows individually how good you can be.

“You’ve got to set something that people can buy into and it’s always got to be a bit inspirational, to make people feel they’re part of something special.

“It doesn’t really matter whether we make it or not, but I want the players to drive towards that.”

The event, which was sponsored by Hudl, Elite Performance Partners, Kairos and StatsPerform, opened with a presentation by David Slemen.

The founder of Elite Performance Partners talked about the five key roles for high-performing teams, expanding on a series of articles he had written for TGG.

Then Sarah Murray, the Women’s Senior Performance Psychologist at Brighton, spoke about making wellbeing a key part of the performance picture.

The Premier League side have been pioneers in highlighting the importance of wellbeing, for both players and staff.

In an addition to the published schedule, she was joined by England and Manchester City goalkeeper Karen Bardsley and they discussed how they had worked together as player and practitioner.

Next up was David Sumpter, Professor of Applied Mathematics at the University of Uppsala in Sweden and a data scientist for Hammarby football club. 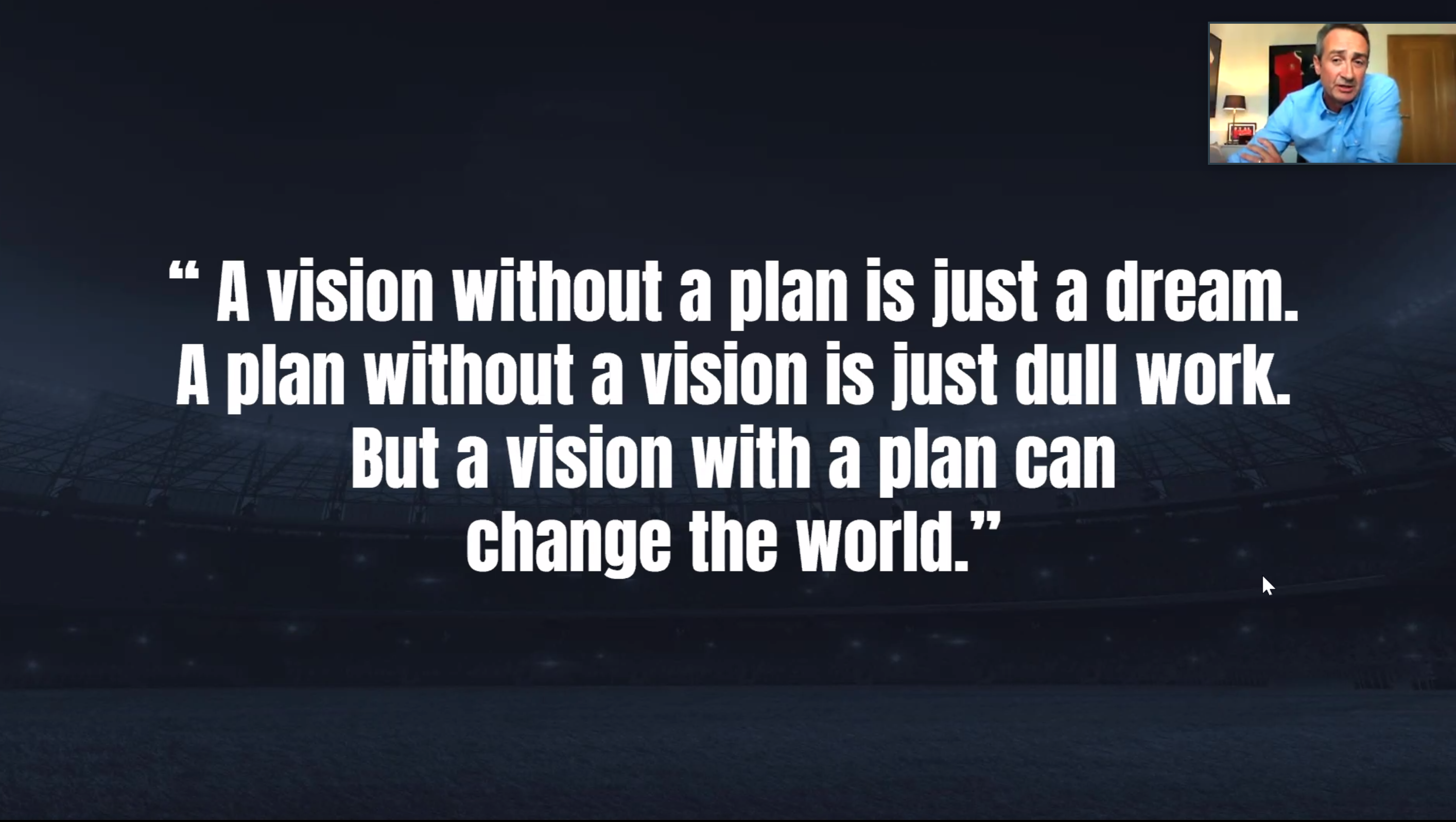 He explained how tracking data, that goldmine of positional co-ordinates, can improve the decision-making process for teams.

Eddie Jones was open, engaging and thought-provoking in his Q&A after lunch. He was followed by Dave Reddin MBE (above), who was part of the England coaching team that won the 2003 Rugby World Cup.

The former Football Association Head of Performance and Strategy explained why English football needs to move from island nation to global citizen.

Reddin discussed the importance of coaching, how to improve diversity in the game, the need for specialists and also debunked the idea of the ‘unicorn’ manager that is often prevalent in the game.

Tom Vernon gave an inspirational talk about the work of his Right to Dream Academy and how this tallies with his ownership of Danish side FC Nordsjaelland.

Ben Mackriell, the VP of Pro Products for StatsPerform, finished proceedings with a presentation titled ‘Data Analytics: From descriptive to predictive.’

Among the themes Mackriell explored was the difference between formation and shape. The former is often highlighted by media and fans, but the latter is more important and insightful in the modern game.

Proceedings were marshalled by host and facilitator Jeff Weigh and there were numerous questions for the speakers from an engaged audience at the end of their sessions.