Bielsa took over from Heckingbottom in June

FORMER Leeds United manager Paul Heckingbottom says he's been more intrigued by what the team do WITHOUT the ball than with it under his successor Marcelo Bielsa this season.

The 41-year-old was sacked by Leeds on June 1st this year, with the Argentine coming in to replace him two weeks later. The Whites now top the Championship by three points and have gained rave reviews for their high-octane attacking style.

However, they've also been extremely solid out of possession and boast the second best defensive record in the league, bettered only by Tony Pulis’s Middlesbrough. Heckingbottom says Bielsa has achieved this with an unusual approach.

“How they defend without the ball has been a little bit different,” the former Barnsley manager said, “it’s man-to-man in lots of areas.

“In more or less every game, if the opposition wingers are coming in off the line and going deeper for the ball, Bielsa has the full-backs going all the way in with them.

“And the wingers track all the way back with the opposition full-backs. At Sheffield United (1-0 win on December 1st), he went a step further and had everyone bar his middle centre back (Pontus Jansson) going man-to-man. It was really interesting to watch.” 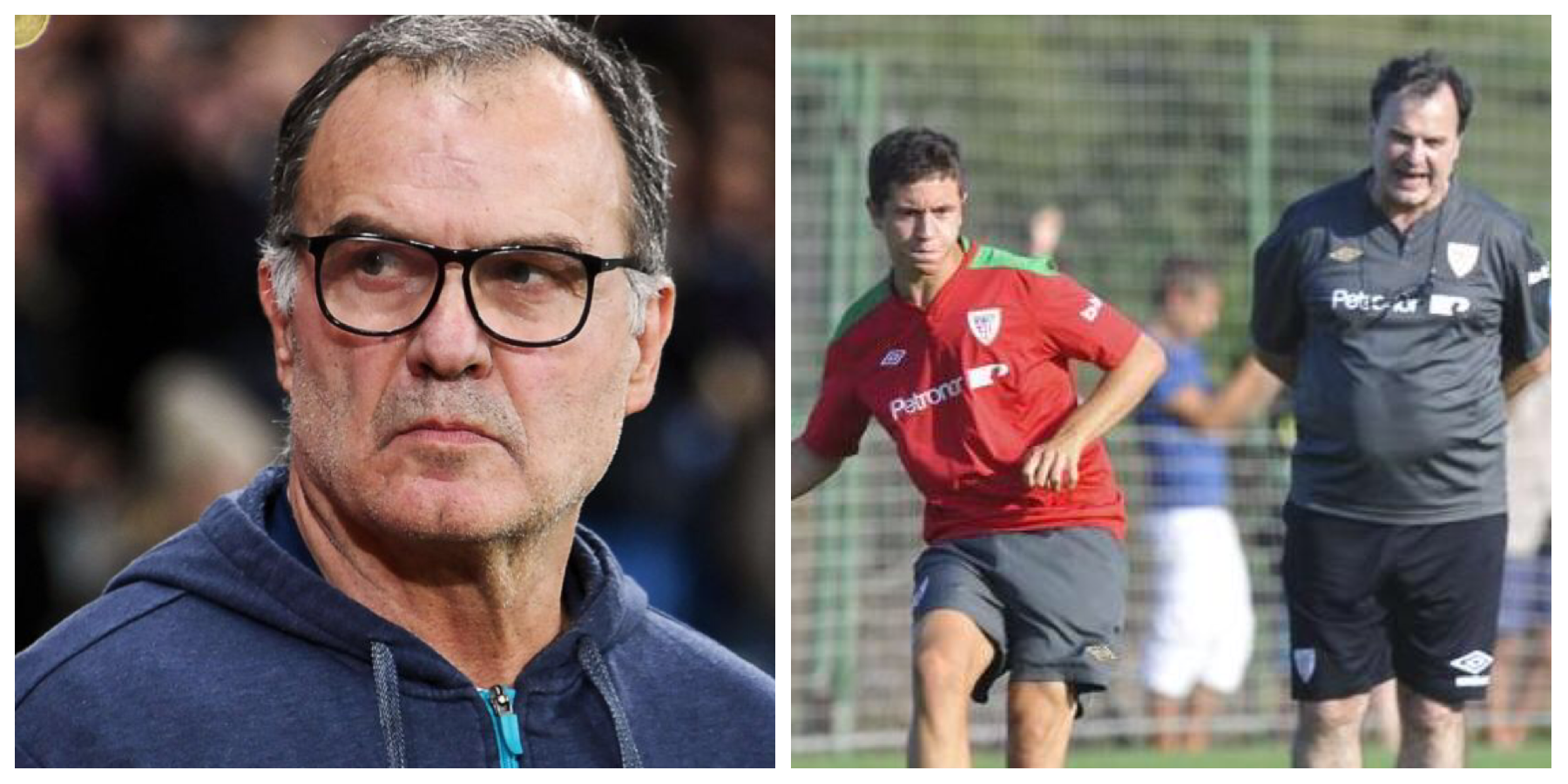 Heckingbottom said: “I’ve heard a lot of people talk about Chris and Sheffield United and say, ’how would you deal with that?’ That was one way I hadn’t seen before.”

“Out of possession Leeds are very much like Cardiff City last year,” Smith said. “Cardiff pressed well, they went man-for-man and made it very difficult for you.

“Leeds are very similar. They probably play a bit more and are not as reliant on set-pieces as Cardiff, but they’ve certainly got traits of that when they haven’t got the ball. They’re very aggressive, press forward very quickly and we had to be good on the ball.”

Dave Adams, who was first-team coach at Middlesbrough last season, says it's a good comparison.

"Neil Warnock used man-to-man marking last season and I think it’s quite effective in the Championship," Adams told TGG. "In the Premier League, players will beat you one-on-one because of their quality, which can then leave space in behind.

"In the Championship there isn't that same level of technical ability, so man-for-man tends to work well.

"The basic principle is to identify the opposition centre back who is least comfortable on the ball and allow him to have possession.

"When I watched Swansea play Leeds at the Liberty (a 2-2 draw in August), they let Mike van der Hoorn have the ball and man-marked everyone else. When Boro played Cardiff last season, they let Daniel Ayala have possession and man-marked his team-mates.

"That player ends up looking up and thinking ‘what the hell do I do here?’ They end up hitting long hopeful balls. It stops the split pass and Leeds have conceded very very few goals this season.

"This is why Bielsa likes all his players, even his attackers, to be good athletes who can defend. That's perhaps why Lewis Baker, who is good in possession, hasn’t had as many opportunities as he might have (11 appearances this season)."

However, the ploy of man-marking hasn't worked so well in the Premier League for Cardiff. They started the season by going man-to-man out of possession and soon dropped the ploy.

"I remember watching Manchester City take on Cardiff in the FA Cup in January (which City won 2-0) and after a short period of adjustment, they dealt with the man-to-man marking very comfortably," Adams said.

"They had defenders who are technically strong, who could play in tight spaces. They ended up pulling their markers into areas where they didn’t really want to go and opening up a lot of space. In the end, they turned Cardiff into a back six and really negated their attacking threat."

Speaking on the Not The Top 20 podcast, Heckingbottom also revealed his thoughts on the work of set piece specialist Gianni Vio. Leeds hired the Italian in October 2017, when Thomas Christiansen was manager, and Heckingbottom inherited him when he took over at Elland Road in February.

Heckingbottom said: “I’d been aware of his work from playing against Leeds. It made you adapt and think, because there were different things going off, so I could see the value of it.

“At Leeds, when you’re in charge, it’s a bit different. He was very much more focused on in-possession set plays, although he’d also been given a lot of responsibility for out-of-possession as well. We were conceding too many, so we took a lot of the responsibility away from him. 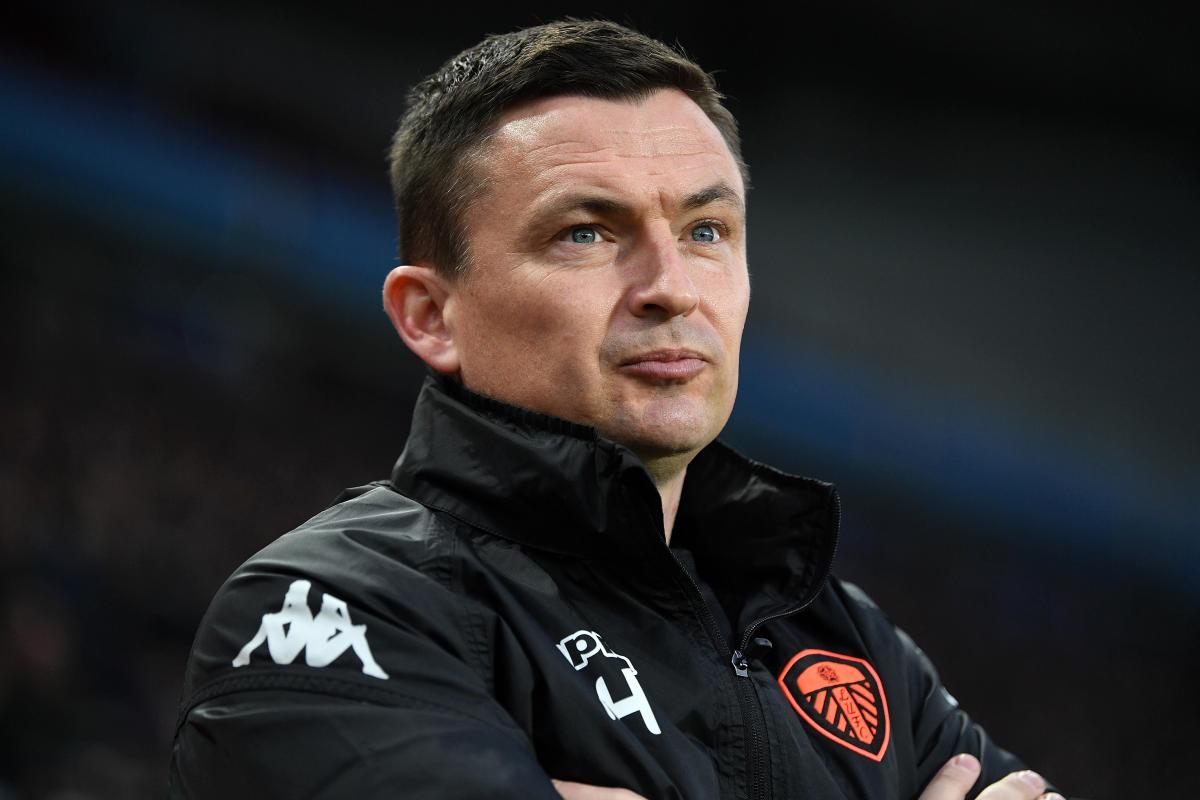 “One thing that was different was that it was the club’s appointment, not the previous manager’s.

"So you don’t know what remit he’s been given. If you’re bringing a person in, you bring someone who suits you and the way you work. That’s something you have to be really clear on. It’s something I would look at again though.”

Heckingbottom revealed that when he was appointed, a big part of his remit was bringing homegrown players through, developing a more aggressive style of play and improving discipline.

“I was told, 'We’ve got no connection with the Academy, no players coming through; we’ve got a problem with discipline, there were four players suspended when I came in; we want a more aggressive style of play when we’ve not got the ball, something the fans can identify with'.

“Then it was like, 'there you go, this is what you’ve been doing'. The only way I’d have still been there was winning more games, I get that. But in terms of the remit, behind the scenes, we were doing it.”