Gerrard has been Liverpool U18s boss for the last year

STEVEN GERRARD has been confirmed as the new manager of Rangers after signing a four-year deal with the Glasgow club.

The former Liverpool and England captain will join in the summer, after Jimmy Nicholl and Jonatan Johansson have presided over the final three games of this season.

Rangers said they would announce Gerrard’s backroom staff in “due course”, but TGG understands the 37-year-old will take Liverpool’s Tom Culshaw, Michael Beale and Jordan Milsom with him to Ibrox.

Culshaw has been Gerrard’s assistant with the Liverpool Under-18s for the last year; Beale, the former Sao Paulo assistant, is head of coaching for the foundation phase; and Milsom is lead fitness coach for the U18s.

Gerrard said: “I am honoured to become the next manager of Rangers. I have enormous respect for this football club, and its history and tradition.

“I can’t wait to start this new journey at Rangers as we look to build on the many successes that this club has achieved.”

Chairman Dave King added: “We are delighted to confirm today that Steven Gerrard will become the next manager of Rangers. From the very beginning, talks have been extremely positive and we believe that Steven is the right man to drive Rangers forward. 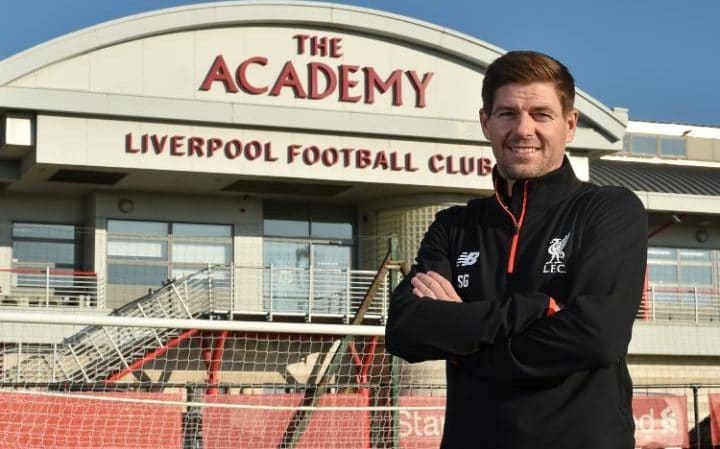 “He was extremely impressive throughout our negotiations and we are convinced that he has the necessary knowledge and temperament to lead the club to the success we all desire. This a special day for our club, our fans and for Steven.”

Managing Director Stewart Robertson said: “We believe we have appointed the perfect man to manage our club at this time.

“He is an exciting appointment for the club and I believe that the Rangers support will back him as only they can.”

And Director of Football Mark Allen, who was formerly Academy manager at Manchester City, said: “From the moment we met with Steven to discuss this opportunity, we felt that his ambitions and desire to succeed equalled our own for the club.

“Make no mistake, Steven fully understands the demands that come with managing a club of this stature and we look forward to exciting times ahead.”